The "Ginny & Georgia" actress shares how she's become more flexible with her workout routine, and why becoming a dog mom changed her perspective on what it means to be happy.

Playing the brazen, larger-than-life Georgia Miller in Netflix's hit dramedy Ginny & Georgia requires a lot of energy — something Brianne Howey relies on to get through long days on set. She credits a "holistic" routine, which includes therapy, Pilates, and acupuncture, as well as stocking up on healthy, organic foods during her weekly trips to the farmers market.

"Wellness to me is taking care of yourself from the inside out," the actress tells Shape. "It's emotional, mental, and physical, which, at times, can be incredibly overwhelming [if you try to balance it all]. Part of growing up is figuring out what [taking care of yourself] means and looks like to you."

Prioritizing all things wellness is what Howey says helps her bring her A-game to Ginny & Georgia, which is premiering season two on January 5, 2023. Her titular character Georgia is a 30-something single mother who will protect her two children, Ginny and Austin, at all costs. Last season, viewers learned that she was responsible for a long list of illicit crimes, including money laundering and murder. (Spoiler for those who haven't binged season one, but she killed her second husband, Kenny, with a wolfsbane-poisoned smoothie. NBD.) Season two promises plenty more plot twists and surprises, picking up right after Ginny runs away with Austin in the middle of the night once she learns that her step-father Kenny didn't die of natural causes as suspected.

"[Georgia] isn't afraid to take up space, which I think is something that I'm always still a little bit afraid of on a personal level," explains Howey. "Despite her past that deals, unfortunately, with a lot of grief and generational trauma, she hasn't let it define her. Instead, she's consistently redefining herself almost to the point where she's too much of a chameleon and you don't exactly know what you're getting into because she wears so many masks, but I love that about her."

Howey was first thrust into the spotlight after starring in Fox's The Exorcist and The Passage and The CW's Batwoman, but the role of Georgia was a meaningful role for the actress on a more personal level, as Howey herself was raised by a young, single mother, she explains. "My mother passed away 10 years ago, but Georgia has sort of helped me have a relationship with her," says Howey. "I've been able to think about my mom in a new way and think about the kind of mom I want to be one day."

Unlike mischievous Georgia, Howey takes a more mature approach to prioritizing her wellness. Ahead, Howey shares her must-haves for a good night's sleep, how she sticks to her workouts despite her daunting schedule, and why she often turns to true-crime podcasts for relaxation.

Though she says she thrives in group fitness settings, Howey says the COVID-19 lockdown made her appreciate the flexibility of solo workouts at home when she doesn't have time to make it to a physical class. For a "guaranteed great sweat," she hops on her Peloton bike when she needs to up the cardio. Still, Pilates is her go-to because of the stretching element and the fact that she can do it anywhere as long as she has her mat and resistance bands on hand. "Doing Pilates at home has been an amazing resource when I'm shooting or even when I just can't make it to a class," adds Howey.

Besides scheduling her workouts during the first half of the day before life gets in the way, Howey says she simply holds herself accountable by taking advantage of every free moment. "Walking to run errands to me feels amazing or getting up to go grab a coffee around the corner," says Howey. "Then, maybe even just sitting in the park for a second to take a beat mentally and emotionally and walking back home physically checks off all the boxes, [for staying active]."

She's also unafraid of stepping outside her comfort zone, starting with acupuncture, which she credits for regulating her sleep cycle. "It's, unfortunately, one of those wellness activities that's expensive; it's a luxury, and I wish it wasn't," says Howey. "I love acupuncture, and I feel very lucky that it's something I've gotten to incorporate into my routine. Sometimes sitting still with your thoughts can be an intimidating experience, but that stillness has also then opened up a door to meditation in a way, which is something I've always been very intimidated by. Now that I'm seeing the benefits of acupuncture, I'm more motivated to let myself go there and find a mentally quiet place."

Her No-Frills Approach to Self-Care and Better Sleep

Mental health is equally as important to Howey as staying physically active. She cherishes her therapy sessions, which she describes as "a staple in my life for years and the biggest game-changer for my mental health." She adds, "I only wish it was free for everyone and a right instead of a privilege."

And since there's often a link between looking good and feeling good, one of Howey's favorite places to visit is her sister figure's West Hollywood salon, where she receives a "great blow out" as an instant pick-me-up.

When it comes to downtime, Howey swears off technology in the hours leading up to bedtime, but nothing gets her in a relaxed mode like her nighttime skin-care routine. "I have to wash my face at night no matter what," she says. "It doesn't matter how late it is, how tired I am, or how much I desperately do not want to, I've got to wash my face. I know I will regret it so much in the morning if I don't."

For those early call times, Howey swears by Skyn Iceland Hydro Cool Firming Eye Gels to look more awake. "I keep them in the fridge [for an extra cooling effect]."

Even though electronics are off-limits before bedtime, there's one item that's earned a spot on Howey's nightstand: "My good girlfriend sent me this [Body Stone from Kate McLeod]; you don't need water because it's just [a bar of] compressed oils," she explains. "The [lavendar and chamomille] scent and the physical action of rubbing the bar all over you is a reminder and an indicator to your body that it's time to unwind and turn off."

Workouts are a must for Howey due to the mood-boosting endorphins, but she insists that nothing can turn her mood around like her dog, Bodie, an Australian Shepherd mix. "My dog is the first pet I've ever had, so I may be overly obsessed with him, but I had no idea what I was missing out on," says the actress. "[My husband and I adopted] him at the beginning of [the] COVID [pandemic], and he was the biggest heart-opener. I can be so cranky and in the worst mood or just feeling so down and in my head and having a hard time getting out of whatever rut, and I just go hang out with my Bodie boy, and it's the best."

Perhaps one of the best parts about self-care is that there are no hard and fast rules, hence Howey's unlikely pairing of tending to her plants while listening to true-crime podcasts, a combination she calls "calming." Showing a little love to her backyard became a quarantine project, but the benefits ended up exceeding her expectations. "It keeps me active with my hands and mentally busy," she says, "and sometimes that's all you need." 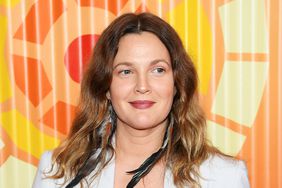 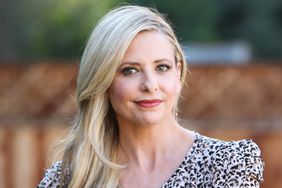 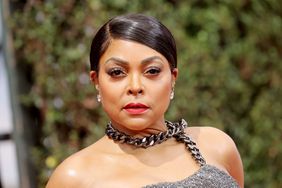