83 Percent of "Bachelors" and "Bachelorettes" Call It Quits 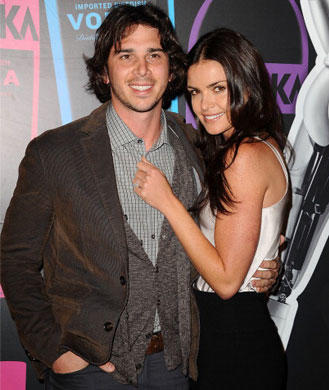 Yes, it's been confirmed: Another Bachelor couple has moved to Splitsville.

Courtney Robertson and Ben Flajnik from season 16 of ABC’s The Bachelor have called off their engagement, People magazine reported. And Robertson has been spotted out and about without her Neil Lane engagement ring.

Huge shocker, right? This one was doomed from the start. Robertson was probably the most disliked television personality on TV at the time (at least in my universe). I won’t lie, when she started singing her redemption song at the end of the season, I nearly had a change of heart. But then I quickly realized the error of my ways. It took Flajnik a few more months to realize the error of his.

Regardless, Flajnik and Robertsons' split made us curious: Who is actually still together from the show?

We did a little investigating, and it turns out a mere four couples have survived the combined 24 sometimes-teary, always-dramatic, make-out sesh and booze-filled seasons of The Bachelor and The Bachelorette:

Four out of the total 24 eligible couples is just a 17 percent success rate! But I suppose for true love, it could just be worth it.

Best of luck to the next bachelor in line, Sean Lowe. (Or not: We still want dibs.) His season premieres in January on ABC.