See what happens when a lady lifts like the most muscular dude in Hollywood.

Dwyane "The Rock" Johnson is known for a lot of roles: a former WWE superstar; the voice of demigod Maui in Moana; star of Ballers, Jumanji, and Tooth Fairy; People's Sexiest Man Alive in 2016. He's also known for his biceps.

As anyone who knows me will tell you, I'm a big fan. (My roommate even got me a DJ pillowcase as a joke for Valentine's Day — but it's not weird, y'all, I promise.) I'm an even bigger fan of the weight room — so when I found out that he shared his entire Jumanji workout routine with Under Armour, I knew I had to try it.

What happens when a lady lifts like the most muscular dude in Hollywood? Give me some dumbbells, The Rock's Under Armour gear, and three weeks, and I was sure-as-hell gonna find out.

DJ breaks up his workout split the same way many bodybuilders do: by muscle group. Day one is back, day two is chest, day three is legs, day four is shoulders, day five is arms, and days six and seven are rest days. The Rock recommends 15 minutes of cardio five times a week and training abs and calves two or three times a week at the beginning of a workout. Sounds brutal, but my goal is to stick to this routine for three weeks straight.

It's not exactly a "perfectly" balanced week of workouts for the average gym-goer, but it's a great plan for someone with muscle-building goals. "A split muscle group routine like this is the old-school approach to adding muscle," says Scott Mitsiell, C.S.C.S., a strength coach at Soho Strength Lab in New York City. "If nutrition is on point, this plan can yield results; however, as we're getting more knowledgeable in the field of exercise science, we're finding more efficient ways to get the same or better results," he notes.

My initial thoughts? Holy hell, that's a lot of upper body — but I guess that's how you get haunted board game–fighting arms. So okay, bring it.

There's nothing like a back workout to make you feel invincible...until you need to Google exercises while in the weight room because they're variations you've never heard of, even as a fitness writer. (One example? The Charles Glass–style Hammer high row. Which, TBH, I didn't ever really figure out. I did a Charles Glass–style dumbbell high row instead.)

I added barbell deadlifts in as a bonus exercise (I just couldn't resist — sorry, DJ). Those, combined with all the rows, pulldowns, and shrugs, just about destroyed my grip strength for the rest of the day. (During one of these workouts, an older man tried to mansplain what calluses are — but that's not even the worst gym mansplaining story out there. Eye roll.)

Besides learning what Charles Glass and VT–style workouts were like, I also did my first-ever set of dumbbell shrugs. I'm not sure my traps really need that much love, but hey, it definitely made me feel more like The Rock.

I remember the first time I did a chest-only workout. I had recently started seeing a fitness model/bodybuilder, and I'd never dedicated an entire gym session to such a specific muscle group. Long story, short: I was so sore that I couldn't stretch my arms out to the sides (wingspan-style) for about a week and a half after the workout. Yes, really.

The Rock's workout didn't leave me nearly that annihilated (thank goodness), but seven straight sets of 15-rep cable flys are no freaking joke. (Not to mention, during every single chest workout, I had to circle the cable machine like a hawk just to work in my sets. The Rock's personal gym — aka the Iron Paradise — was starting to sound reallly good at this point.) One thing's for sure: I left feeling ~swole.~

Leg day is my favorite of all the days, and I was psyched to finally give my stems some attention. Walking lunges and barbell glute bridges are such a bittersweet torture — made better by the fact that nearly all other leg exercises were done sitting down. I'm not going to lie; all the sitting left me a little disappointed in my overall post-workout exhaustion level. I wanted to be on my feet burning out my legs, not on my butt. And who's ever heard of a leg day with no squats?!

But as soon as these thoughts ran through my head, I got a solid ego check; I quickly found out that doing 20 to 25 reps on either style of leg press or singling out one leg for extensions or curls meant I had to put the machine on (literally!) the smallest amount of weight possible. And the next day? My glutes were so sore, it hurt to sit on them. Alright, DJ, I see you. (All I can hear is him saying, "Know your role.")

What Is Unilateral Training and Why Is It Important?

You might look at The Rock's shoulder workout and think, "That's it?" It seems like a pretty quick routine...until you get to the dumbbell lateral raises. Take a look at that rep scheme, and you'll notice that each set is a total of 92 reps. Yup, 92 reps. "Working up and down the rack," for me, meant finding the tiniest dumbbells and weight plates to hoist. By the last set of 20 reps, I could barely lift the 2.5-pound millennial pink dumbbells I stole from the aerobics room.

What made it worth it, though? The solid shoulder pump I got from working to complete and utter failure. Oh, hello, shoulder veins. (And wrist and forearm veins, for that matter.)

You know that intense rep scheme from shoulder day? It's back again — and this time, you're doing it twice (for cable curls and reverse-grip triceps push-downs). Yet again, I found myself clinging to the smallest possible weight plate on the cable machine, not sure if I'd even be able to move that.

The next time someone tells me The Rock "got that big by doing 'roids" (a comment I got from a lot of people during this experiment), I'm going to challenge them to do his biceps workout. Turns out, the way you get arms like that isn't taking drugs — it's doing 338 freaking biceps curls in one workout.

As hard as I worked to maintain The Rock's workout schedule to a T for these three weeks, I totally neglected my calves. Adding planks and abs throughout the workouts (either while warming up, cooling down, or in between sets of biceps curls) was easy enough. But since calf work isn't a part of my normal routine — or, really, even on my radar — I noticed that I typically let a full week pass between doing any calf exercises. Oops. (Don't be like me. Incorporate calf workouts into your routine.)

So...Did I Turn Into The Rock?

Basically, yes. I felt 100 percent as strong, badass, and altogether unstoppable as I imagine The Rock must feel on the daily. His no-excuses approach to life and lifting definitely rubbed off on me — and my muscles.

Hell to the no. (Here's why you won't get bulky from weight lifting.) However, I definitely gained some new strength and saw some short-term muscular results. "Three weeks probably isn't enough time to see a change," says Mitsiell. "The body would probably be shocked and sore from the initial plan, but as far as adapting is concerned, it may take a few more weeks to see some physiological changes," he explains.

Long story short, it takes more than three weeks of training to get DJ-level strong. "What you probably saw was short-term hypertrophy," notes Mitsiell. "It's basically a fluid buildup in the muscle cell, along with an accumulation of metabolic byproducts. Over time this is the stress that will make the body adapt and grow," he notes.

I reignited my love of strength training.

It'd been a while since I'd hit the weight room solo and dedicated some serious time to each of these muscle groups. It felt good to have a very clear goal every time I walked into the gym, versus just slamming my body with an intense HIIT session or pounding the pavement for a long run.

Even if the effects aren't here for the long haul, it's satisfying to look in the mirror while curling and watch every little muscle fiber in action. And, overall, the volume of training is great for hypertrophy (aka building muscle), says Mitsiell.

I realized that I like taking a more dynamic, total-body approach.

It just isn't as satisfying for me to leave the gym without giving my entire body some tough-workout love. Luckily, science has my back: "Some disadvantages to this plan are that it's not the most functional as far as movement is concerned, it isn't the most time-efficient, and might not be the best plan for getting stronger," explains Mitsiell. "I'd recommend full-body, compound movements with challenging weights and a short rest between exercises to elevate body temperature and acidity," he suggests.

What Are Compound Exercises? Plus, Why They Should Be a Staple In Your Workouts

But I never missed a workout.

I had to switch the order of the workouts around a bit to work with my schedule, but I didn't miss one #Rockout (as I was calling them) during the three weeks. Turns out, knowing that The Rock's training plan was waiting for me was the perfect motivation to get my ass out of bed at the crack of dawn, haul it to the weight room at 9 p.m., or even do two-a-days as necessary to get the damn thing done.

And, of course, I have a whole new appreciation for The Rock. I'll never look at dumbbell shrugs the same way again. 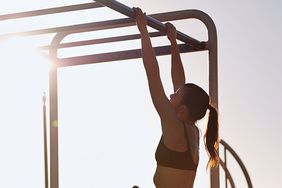 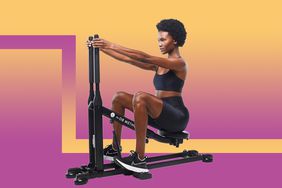 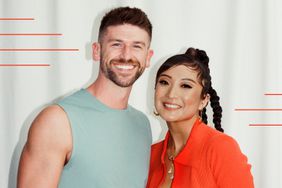 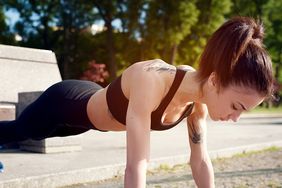 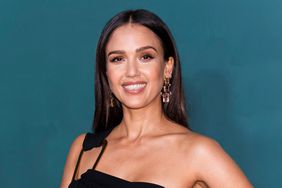