You can practically hear her heart beating and see her muscles twitching in these Instagram photos.

Let's just go ahead and say it: Kaley Cuoco gets ish done in the gym. She consistently serves up fitness inspiration on her Instagram, from balancing on a stability ball like it's NBD or showing off her jump rope prowess, and the latest addition to her 'gram's grid is no exception.

On Monday, Cuoco shared a series of sweaty shots in which she — alongside longtime trainer, Ryan Sorensen — tackles a seriously intense workout. "Monday's with @ryan_sorensen 😆 🏋🏼‍♀️🥊 💪🏽 { thanks for the painful pics @gatlin_didier }," she captioned the post.

The slideshow of sorts begins with a very focused Cuoco wearing a thick resistance band around her calves and her hair down — but her routine quickly escalates from there. Her hair? It goes up into a slicked-back pony and eventually a sweaty top knot. And her emotions? They seemingly run the gamut from downright determined (and maybe even mad?) to relieved and happy as you swipe through the, in her words, "painful pics." (

In the photos, the Flight Attendant star can be seen doing a variety of moves with all kinds of equipment, including resistance bands, battle ropes, boxing gear, a treadmill, and a Versaclimber — all while maintaining her impressively intense focus. In addition to working on upper- and lower-body resistance simultaneously, Cuoco wields battle roles as if it were nothing — except working out with those bad boys is very much something. ICYDK, slamming battle ropes is a full-body workout that forces you to engage your core and lower body as you brace in a squat while using your upper body (shoulders, arms, back, and chest) to sling the heavy-duty ropes.

Cuoco can also be seen curling her way through a series of sit-ups with added resistance, strapping on gloves and showing a punching bag who's boss, and conquering the incline on the Versaclimber, which is essentially a vertical cardio machine in which you "climb" using your hands and feet. And yeah, while it all sounds pretty intense (because it is, y'all!), the Big Bang Theory alum does manage to crack a smile and share a laugh with Sorensen (who, BTW, can be seen standing against a SoulCycle At-Home Bike, which makes sense, since Cuoco is a longtime SoulCycle devotee).

As mentioned above, Cuoco is no stranger to working her butt (and legs...and arms...and chest) off — in fact, pushing the limits at the gym is just another day at the (metaphorical) office for the star. So, if you're ever in the need of a solid dose of sweatspiration, look no further than her grid. After all, mixing up your workouts à la Cuoco is the best way to beat boredom and stay on your A-game — plus, girlfriend's proof you can (and should!) have fun whether you're swinging battle ropes or doing sit-ups with resistance bands. (Up next: How Kaley Cuoco Wakes Up Before the Crack of Dawn) 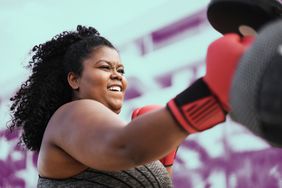 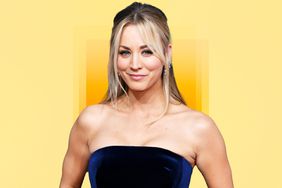 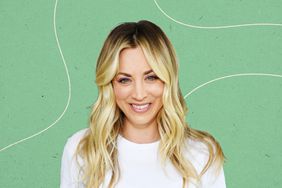 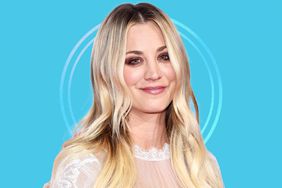 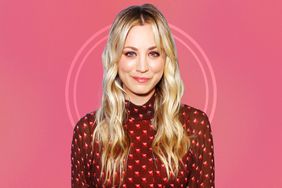 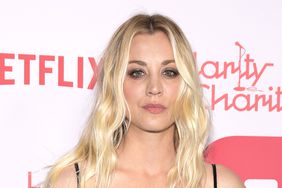