The former Olympic gymnast and Aerie ambassador also opened up about mental health and self-care.

When you think of the word "role model," what comes to mind? To some, that person could be a parent or guardian. To others, perhaps a celebrity or a professional athlete. For Aly Raisman, however, a role model is someone who is wholeheartedly authentic in good days and bad.

Raisman, a three-time Olympic gold medalist, is also the embodiment of her own definition. An advocate for self-care and mental health, the 27-year-old athlete's fearless authenticity takes center stage in Aerie's new initiative: #AerieREAL Voices campaign. The brand, which promotes power, positivity, and unretouched imagery, has teamed up with Raisman, country singer Kelsea Ballerini, actress Antonia Gentry, TikTok favorites the NaeNae Twins, and the inspiring wheelchair dance team, the Rollettes, to celebrate individual stories within the #AerieREAL community.

"It's incredible to hear other people's experiences in life, their own stories, own perspectives, and I feel like it's so awesome that each person brings something incredible to this campaign," says Raisman.

While proud of her Aerie teammates, Raisman is also showing some love to the athletes who have continued to express themselves on a public platform. "It's really cool to see so many athletes speaking up and being so vulnerable about what they're going through, whether it's about mental health, advocating for positive change in their sport, or fighting for equal pay," she says. "I know we're not even close to where we need to be, but it's really powerful. It just makes me happy to see because, a couple of years ago — or maybe more than a couple of years ago, when I first started competing — I didn't feel like we were living in this time where athletes were speaking up. Now things are becoming more normalized to talk about. It's awesome and I'm excited to see where it takes everyone." (More here: Aly Raisman Says Her 'Body Has Never Felt the Same' Since the 2016 Olympics)

For example, Raisman's former Olympics teammate, Simone Biles, recently spoke candidly about her mental health struggles while competing at this summer's Tokyo Olympics. Raisman previously said how "proud" she is of Biles, telling ESPN in July: "I can't imagine the bravery that it takes to just say, 'I'm not going to do it today.'"

When Raisman herself faces challenging times, she often looks to her inner circle for support. "What's really helped me over the years is just having the support system and having other people in my life that have been through similar things so I know that, what I'm feeling, I'm not alone in it," she says. "I think there's such power in communicating with other people and having people around you just say that they support you."

And when Raisman has been a shoulder for others to lean on, she's learned that "it's okay to not have all the answers all the time." "It's okay to sometimes say to someone, 'I don't know what the right thing to say is, I've never been through what you're going through, but I just want you to know what I'm here for you, and let me know what I can do to help you,'" she adds.

But when it comes to asking for help herself, Raisman struggled, at first, to take friends and family up on the offer. "I've had situations where friends have said, 'let me know if you need anything. It was hard for me, but I actually said, 'yeah, I do need you, can you do this and help me,'" she says. "I realized that it was actually really humbling and an interesting experience to feel comfortable asking for help. I hope that if I offer someone that help that they'll take it too."

While every day looks different to Raisman, when it comes to taking care of herself, she finds solace in the outdoors and in life's sweetest moments. "Sometimes it's laughing with a friend, sometimes it's being alone, sometimes it's snuggling with my dog Mylo," she says. "I found that staying out in nature has been really healing for me. It's a really humbling feeling to feel a lot of gratitude for the beauty around me, and it reminds me to try to be present. One of my favorite quotes is something along the lines of, 'Those who don't believe in magic will never find it,' and that really helps me stay present and be appreciative for the moment that I'm in." (Need some you-time like Raisman? Here's how to make time for self-care when you have none.) 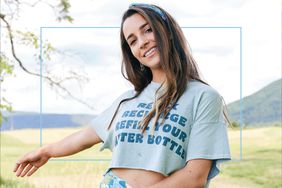 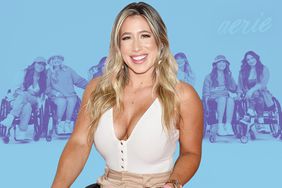 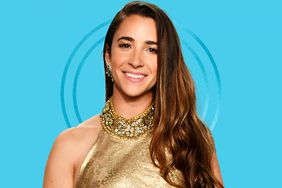