"Fitness has always defined me. Now I'm just like, 'You know what? I'm just doing the best I can and that's good enough.'"

If you still exercise with the mentality that fitness needs to hurt to work, you're doing it wrong. Sure, there are mental and physical benefits to pushing past your comfort zone and getting used to feeling uncomfortable. I mean, burpees? Not exactly a cozy nap on the couch. But the upsurge of tough AF workouts (à la CrossFit or HIIT) and programs (like Insanity and P90X) can make even the toughest, fittest, strongest badass out there wonder, "Am I doing enough?" "Should I be doing more?" "If I'm not sore the next day, did it even count?"

After his shocking heart attack back in 2017, Bob Harper, health and fitness legend and The Biggest Loser alum and soon-to-be reboot host (!), had to ask himself the same questions and totally reevaluate his entire fitness philosophy.

To recap: Harper suffered a "widowmaker" heart attack (and was, as he explains, essentially dead on the floor for nine minutes) at a gym in NYC back in February 2017. Luckily, thanks to doctors who just happened to be on-site, he received CPR (cardiopulmonary resuscitation) and an AED (automated external defibrillator) was used to shock his heart to get it to beat again. At the hospital, he was put into a medically induced coma and spent the next week under watchful eyes as he began to heal.

First, it's worth noting that Harper says his doctors attribute his heart attack to a genetic predisposition to cardiac conditions. But, still, if someone that physically fit could experience that kind of life-changing setback, what does that mean for the athletes he trains and those of us who are just struggling through our next heavy-lifting Tabatas? Bob's answer? Cut yourself some slack.

Harper says he's more kind to himself now, but it wasn't always this way, especially while recovering from his heart attack. When he returned home, the only activity he was cleared for was walking, but even that was difficult. "When you realize you can barely walk around a block when you’re used to doing crazy CrossFit workouts and pushing yourself on a practically daily basis...I was embarrassed because of this," he says.

Harper admits he shied away from support from friends and family who wanted to give it. He recalls a conversation with a friend where he tells him 'I feel like I’m not superman anymore'. "I felt like I was superman for a long time," says Harper. "That was one of the hardest times in my life," he says.

The recovery process was a physical and mental challenge, and one Harper had never faced before. "Working out was everything to me," he explains."It was who I am, or who I was, and that was my identity." Then it was all taken away in a split second, he says. "Talk about self-reflection. I had to go through an identity crisis and figure out who I was because if I wasn’t the guy who was working out in the gym and doing all these things. then who was I?"

Luckily, Harper has come a long way since then, and now his fitness outlook has changed; it's become more forgiving.

"Fitness has always defined me. I've felt like, 'I've got to do this and I've got to be the best,' and now I'm just like, 'You know what? I'm just doing the best I can and that's good enough," he explains.

It's no stretch to say his health scare changed not just his fitness mentality, but his view on self-care as a whole. One important thing Harper has always championed but is even more vocal about now: Listening to your body. "For years that has been a staple of what I've said to people; 'listen to your body,'" he says. "If something doesn't feel right, it's your body trying to tell you that it's not right."

He knows this all too well now: Six weeks before his heart attack, he fainted in the gym. He battled dizzy spells, adapted his workouts to avoid nausea triggers, but still ignored signs that something was seriously wrong. "The Friday before [my heart attack, on Sunday], I had to leave a CrossFit workout because I was so dizzy, and I was so upset about it," he says. "And I was on the street in New York on my hands and knees because I was having a such a dizzy spell." Looking back, he says he should have listened to his body and told doctors, who initially wrote his symptoms off as vertigo, that something felt seriously wrong.

Use his lesson as motivation to reset your own goals because it's a losing battle to try to do it all or be great at everything, says Harper. "It's impossible and it starts to make you feel like shit," he says candidly. It's something he says he's had to remind himself of regularly as he builds up the strength he lost during recovery. "You know, I'm getting it back, and that has to be okay because if it's not, what's the alternative? Just feeling so bad about myself? says Harper. "That's not worth it anymore."

Another game-changer for the all-star trainer post-heart attack was his impulse to slow down—his workouts, his go-go-go business mindset, and even his training sessions with clients and friends. The goal? To be more present or "be here now," as one of his favorite bracelets says. "I was always so focused on what's next," he admits. "That was always a big driving force for me: 'What's the next book?' 'What's the next show? It's got to be big.' But I realized now more than ever that you have to appreciate wherever it is that you are because life can change on a dime."

So if you're feeling burned out or you just aren't having fun with fitness anymore, Harper suggests taking your workout back to the basics. "I'm rediscovering working out, and it's been really fun," he says. While he still practices CrossFit, you can find him mixing it up with SoulCycle and hot yoga. "I hated yoga," he admits. "But I hated it for competitive reasons. I'd be in there and I would just be like look at 'Miss Cirque du Soleil' over here, and I couldn't do half of it. But now? I don't really care."

This second chance at life has given Harper yet another platform to change people's lives. This time he's focusing on other heart attack survivors like himself. Through a partnership with Survivors Have Heart, a movement created by AstraZeneca that focuses on after-attack care for survivors who are going through much of what Harper talks about himself: feelings of vulnerability, confusion, fear, and just feeling not like themselves.

For the second year in a row, Harper is joining forces with Survivors Have Heart visiting cities for multi-day events that bring survivors, caretakers, and community members together. They aim to provide the opportunity for greater awareness of and interest in heart disease and post-heart attack recovery to, in turn, help patients and loved ones cope with their new lives. 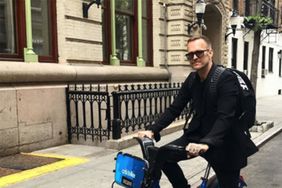 Bob Harper Opens Up About Struggling with Depression Post–Heart Attack 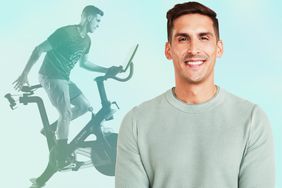 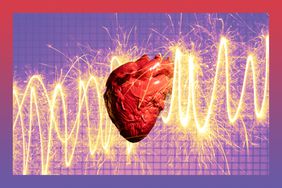 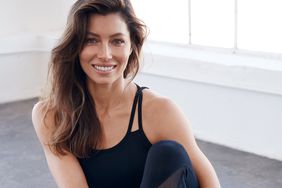 Jessica Biel Shares How Yoga Changed Her Mindset On Fitness