Lucy Hale has been channeling her inner strength, reveling in wearing lipstick, and indulging her taste for true crime in a buzzy new drama series. Here, she gives the DL on her bold new take on life.

It's a Wednesday in late July, and London is having a heat wave, but even the British ambivalence to air-conditioning isn't about to break Lucy Hale. With her ride-or-die white Maltipoo, Elvis, in tow, the actor arrived in spring for an extended TV shoot and on a leap of faith. "Not only am I in a new city with people I don't know, but I'm across the globe, and COVID is going on. People can't visit me even if they wanted to," she says. "I'm like, 'Why do I do this to myself?'" Four months later: "It's been a blast."

By the time you read this, Lucy will no longer be blonde. ("I'm going to change it the second I wrap filming, for sure.") And she may well have another tattoo. ("A friend could call me up tonight and say, 'Do you want to get one?' I'd say, 'Let's do it.'") For the record, she's already added one during her stay in London, a daisy on her left forearm not far from the "I love you" inked in the handwriting of the grandmother who inspired her love of a bold-red lip. ("It's the only makeup I know how to do well.")

But don't expect her to ride on being pretty. "For much of my life, I thought I had to be cute and sit there. That's so boring," she says. "I've developed more confidence because I realize I'm more than the way I look. One day, I was like, Wait, I'm a good person. I work really hard. I've been given gifts. I'm smart. I can have good conversations." She can also sing and has albums to show for it. And flip tractor tires. And turn lockdown into lemonade. You'll see.

The way she tells it, Lucy practically willed her casting in the upcoming crime drama Ragdoll (airing November 11 on AMC+), the role that brought her to London and out of her quiet Los Angeles quarantine of sunrise coffee on the front porch and good vibes from the crystals she keeps everywhere. "I believe in manifesting your future," she says. "I had written down in a journal, during COVID, a dream job I wanted: It was working in a different city and being challenged — all the things Ragdoll is. The power of positive thinking is a real thing."

She plays a detective for the London Metropolitan Police in the series based on the best-selling thriller of the same title: a whodunit centered on a stitched-up corpse composed of the parts of six victims. Dream job, indeed. "I'm the girl who's listening to true-crime podcasts on my morning hike. I watch all the true-crime documentaries," she says. "I love the psychology of people and what makes people tick."

She seems in a place right now where she has figured out that same question with regard to herself. Lucy, 32, is known for her breakout role in the series Pretty Little Liars, which ruled her 20s, and the long, dark locks that were her signature at the time. The latter have been every color and length since. "I know it sounds silly, but the first time I chopped my hair, it was liberating because my hair was a safety blanket in a way," she says. "I felt more beautiful with long hair. But by cutting it, I felt like I stepped into my own."

For Shape's special Beauty Issue, Lucy talks transformation and lays down the good, the bold, and the badass moves she has learned for living her best life.

First, About That Red Lip

"I just love makeup and beauty because there's no right or wrong answer — that's all here to help us feel better about ourselves. This is how we express ourselves. It helps us find who we are. Lately, I've been playing around with these lipsticks from Almay called Lip Vibes [Buy It, $8, ulta.com], which come in like 20 shades. For my skin care, I've had to simplify it. The older I get, the more sensitive my skin is — which was so devastating to me because I'm a beauty products hoarder. I love a 20-step skin-care routine, but I can't do it anymore because my skin goes absolutely bananas. Now my morning routine is a gentle cleanser and a toner, and then I mix my vitamin C drops into my moisturizer. And then sunscreen."

"When I was growing up, girls were supposed to be polite and sweet and not speak up, not say anything wrong. That people pleasing carried into adulthood. Then I realized I can be nice but still set boundaries and have people treat me the way I deserve to be treated. Getting that power back was the ultimate confidence booster. I take no s---, but I'm kind — and it feels great to be both. You can be both. I used to admire other actors who could speak their minds because I couldn't. I didn't know how to do that for so long.

"There have been little steps along the way. You start getting your power back by breaking up with someone who treats you poorly or telling a friend, 'Hey, you owe me money.' It's not one big moment. It's turning down a job that I'm not excited about. It's cutting my hair because I want to, not because someone else wants me to. It's living your life for you. And having respect for yourself is going to make you have respect for other people. Loving yourself is only going to make you love others." (

Lucy Hale Shares Why Putting Yourself First Is Not Selfish

"I do a lot of strength training because I like to feel strong. I'm 5-foot-2, but I like to feel like a badass and to know that I could kick someone's ass. So I do pull-ups and do squats with the big-boy weights. I even flipped one of those big tires once. And I just discovered Pilates. My butt has never been higher, and my abs have never been stronger. Our bodies are so amazing and resilient, and we don't give them enough credit. I spent much of my teen years and early 20s not loving my body and not being good to it. I'm trying to make up for that because we get only one body. We have to take care of our temple."

Get Your Happy Carbs

"I'm not going to lie to you: I really don't like cooking. I don't find the joy in it. I like eating. I find that sticking to a strict diet messes with my head and makes me obsess. I call it intuitive eating. If I'm craving chicken, I'll have chicken. If my body is saying, 'Don't reach for the doughnut,' I don't reach for the doughnut. If my body is saying, 'You deserve a doughnut,' then I'll do it. But I'll never give up coffee. I'll never give up my lattes or bread. There was a phase in my life when I didn't eat bread. What the hell was I thinking?"

"I'm such a homebody by nature. If I could just stay in all day, that would be fine. I really have to push myself. That's what I've done socially since I've been in London. I've made some great friends, and I've gotten out and walked around and really made the most of it. There are a lot of things I want to do and a lot of things I want to prove. The only way you can do that is if you're willing to fail. You've got to step out on the ledge and hope that it works out. Sometimes it doesn't, and you get your heart broken, but you've got to take that chance. In the long run, it's worth it to be bold." 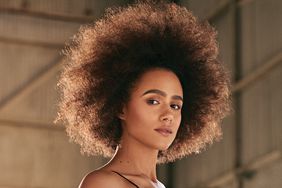 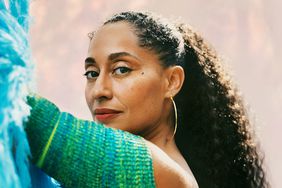 Tracee Ellis Ross Is Done Trying to Be Perfect 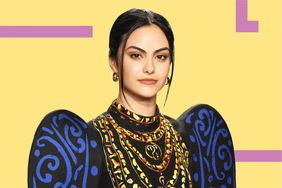 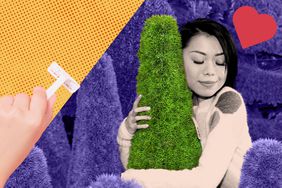 How to Reclaim Your Relationship with Your Pubes