I Beat Bullies at Their Own Game

Hilary Knight is a two-time Olympic silver medalist, a five-time World Champion, and the 2015 World Champion MVP in women's hockey, but as a child she was relentlessly bullied for not being a "normal" girl (whatever that even means). She coped by withdrawing from everyone she loved—eventually, it got so bad that young Knight cut off her own hair, hoping that if she looked like a boy, the kids would stop making fun of her for acting like one. (Psst! Ever wonder How the Highest Paid Female Athletes Make Money?)

The drastic move didn't work. Eventually, her parents sent her to boarding school to get her away from the cruelty. There, instead of getting mad, she got even—by beating her haters at their favorite sport: hockey. "I took all of the hurt and anger and turned to working out and hockey and ended up getting a scholarship to the University of Wisconsin," she says. It wasn't long until she earned a spot on the 2010 Olympic team, as the squad's youngest member. We bet those bullies are eating their words now—although it's probably hard for her to see them over her mounds of trophies.

I Conquered My Addictions

Drugs, drinking, and debauchery: That's how star CrossFitter Christmas Abbot sums up her twenties. And all that partying took a toll on her body. "At 22 years old, I couldn't run a mile and when I finished it, it took me a week to recover," she said to CBS News. "I was in terrible shape. I had almost a decade of really destroying my body."

She finally hit rock bottom working as a civilian contractor in Iraq and said it took living in a war zone to make her realize she didn't want to die. The petite brunette took up CrossFit after seeing a video of the intense workout. (Before you try the sport, check out The 12 Biggest Myths About CrossFit.) Stateside, she set up her own box and within a couple of years was competing in the CrossFit Games. Today, she works as a head trainer for CrossFit HQ, teaching others how to be strong. "From someone that didn't believe in myself until my mid-twenties, hell, even toward my late-twenties, I didn't really believe I was capable of what I truly was capable of," she said. "Failure is only failure if you stop trying."

I Worked Through a Miscarriage

Miscarriage is incredibly common—it's estimated that about 30 percent of pregnancies end in one—yet it remains a taboo topic. But two-time Olympian and the most decorated skeleton racer in America Noelle Pikus-Pace decided she wasn't going to suffer silently after a devastating miscarriage 18 weeks into her third pregnancy. But her grief took an interesting outlet. "Turning to faith and prayer, we felt that, for whatever reason, I should go back to compete. It wasn't something I wanted to do, to be honest with you. I was done. I was burnt out. I didn't want that setting again," she said before the 2014 winter Olympics in Sochi.

But she followed her instincts, threw her heart into competition, and won the silver medal. "Looking back, I needed something like that after the miscarriage. I had been planning what bedroom, what clothes [for the baby], and it gave me another goal and something to push forward, look forward to," she said. And she has even happier news: In July, she gave birth to twin boys.

As a member of the Canadian National Wrestling Team, Jennifer Ryz-Mann was used to conquering every obstacle in her way. And after winning silver and bronze in the World Championships, she was on fire, considered a shoo-in for the 2004 Olympic Games. That is, until she got an injury that required surgery. The timing couldn't have been worse. Not only did she miss her chance at the Olympics, but the injury ended her wrestling career. Devastated and depressed, she gave up all physical activity—for years. Then a shiny new fitness center opened up in her neighborhood and she couldn't resist.

Soon she was learning a new sport—tennis—and found that it healed her hurt. She quickly mastered the sport, competing in the 2015 in-house national meet. "I truly thought the joy of playing sports and keeping fit had been forever lost to me," she says. But tennis has taught her to roll with what life gives you and also to make new goals. Today, she exercises for health and longevity, the thrill of mastering a sport, and the fun of meeting new like-minded people.

I Knocked Out Self-Doubt

UFC pro fighter Paige Van Zant is five feet and four inches of pure muscle and aggression—but she didn't start out that way. In fact, Van Zant got her start starring on her high school's varsity cheerleading team. Unfortunately, the older girls picked on her. And taunts and teasing escalated to physical fights, so much so that she says she couldn't go to school for fear of being jumped. "I lost who I was. I wasn't a happy person," she says. After both school authorities and local police told her they couldn't help, she opted for early graduation and headed to college where her dad convinced her to try a mixed martial arts class.

For the first time in a long time, she felt like herself again. She quickly rose through the ranks and turned pro in 2012. But contrary to what you might think, she isn't fighting for revenge. "I don't want to go back and beat those girls up or anything, but now I'm much more confident—I'll stand up for myself," she says. "They can see that I'm successful and talented and that's something no one can take away."

I Beat a Career Ending Injury

Meredith Kessler, a world-class triathlete sponsored by Red Bull, never even saw the man who crashed into her. All she knew when she woke up in the hospital was that things were bad. It turns out, another cyclist had crashed into her and she'd suffered severe brain trauma. While she wouldn't need surgery, she would need a long time to recover. And docs told her that risking another accident by competing again was risking permanent brain damage. Facing a possible career-ending injury, months of recovery, and terrible pain, Kessler says she was confused, depressed, and had major mood swings.

"What got me through this time period was being able to slowly get back into my training: Slow swim sets, jogging on the treadmill, and pedaling on the stationary bike were my outlets," she explains. "There are risks in everything you do in life and you can't live in a bubble," she says. Now she's back to racing—you'll see her in the Ironman World Championships in October, where she's favored to win. She says the whole experience has made her grateful. "Going through this made me appreciate my health and ability to compete in a more profound way."

I Grieved a Loved One

Losing a loved one would make anyone fall to pieces. But when Constance Tillet lost her husband, instead of succumbing to grief, she decided to work through her feelings at the gym—for the first time in her life. Then, on advice from her son, the 77-year-old grandma found CrossFit.

"Get up and do it. Stop with the whining, stop with the 'You have to take care of me,' and take care of yourself," she told CBS This Morning. Even now that she's had both her hips, knees, and rotator cuffs replaced, she's still doing CrossFit on the reg, has lost 50 pounds, and has gone off her diabetes medication. When asked about what her husband would think of the new her, she answered: "He's right here with me. He's always been my encouragement. He's still my encouragement." Now if you'll excuse us, we need to have a good cry and call everyone we love! 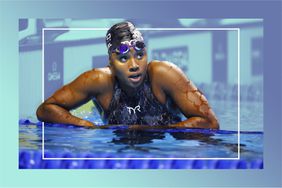 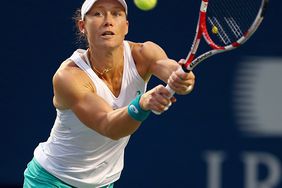 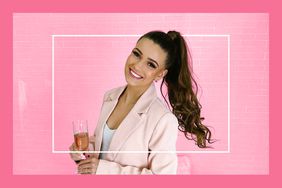 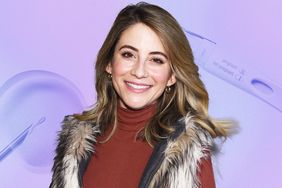