Her trainer, Harley Pasternak, reveals how the busy mama achieved her goals.

In case you didn't already know, Jessica Simpson is #momgoals.

The singer-turned-fashion-designer gave birth to her daughter, Birdie Mae back in March. Since then, she's been navigating how to be a mother of three and make fitness a priority.

Judging by her jaw-dropping 100-pound weight loss, it seems like Simpson has found a routine that works for her.

"Six months. 100 pounds down (Yes, I tipped the scales at 240)," she wrote in an Instagram post, showing off her postpartum body in two full-length photos. (Did you know Jessica Simpson has a collection of workout clothes?)

Following the birth of her daughter, the 39-year-old mom worked alongside celebrity trainer Harley Pasternak. But this isn't the first time Simpson's trained with Pasternak. The two have actually been working together for over 12 years. In a re-gram of Simpson's post, Pasternak said he's "beyond proud of this incredible woman," adding that she "looks younger today than she was when we met."

So what's Simpson's weight-loss secret? Hard work, dedication, and Pasternak's five steps to success. "We had five habits that we tried to implement for Jessica," says the trainer. (Here's how to make exercise a habit you love.)

First, he made sure she was getting her steps in. Initially, after Simpson gave birth, Pasternak had her start with a daily goal of 6,000 steps, which they gradually increased to eight, 10, and eventually 12,000 steps. To hit the goal each day, Simpson took walks around her neighborhood with her husband, Eric Johnson, and their kids Ace, Maxwell, and Birdie Mae. Whenever she came up short on her steps, she hopped on the treadmill to make up the difference, says Pasternak.

Next, Pasternak helped Simpson get on a regular sleep schedule. In addition to holding her accountable to at least seven hours of "quality, uninterrupted sleep" each night (a seriously difficult feat for a mom of three), he encouraged her to go screen-free for one hour every day to ensure she could rest come nighttime.

Pasternak also encouraged Simpson to embrace a healthy diet. She stuck to three meals per day—each of which included a fiber, protein and, healthy fat source—as well as two light snacks between meals. But if you're thinking this mama of three was eating plain chicken and rice all day every day for the last six months, think again.

"Jessica loves her Tex-Mex cuisine," shares Pasternak. "Between healthy chili, turkey pepper nachos, and eggs chilaquiles, she made sure to make her healthy food very flavorful." (

Last but not least, Pasternak had Simpson on a regimented workout schedule every other day. Each resistance-training session focused on a different body part and started with a five-minute walk on the treadmill. From there, the two would run through circuits that included two to three exercises each, like reverse lunges, single-arm cable row, hip thrusts, deadlifts, and more. Pasternak had Simpson repeat each circuit five times, and their sessions would typically last 45 minutes, he says.

Regardless of the amount of strength and perseverance necessary to achieve her goals, though, Simpson "always has the best attitude," says Pasternak. Even on her worst days, she was constantly smiling and gracious, he adds.

"Being pregnant on and off for a solid seven years can make it difficult to get in great shape and stay in great shape," explains Pasternak. "But after having her third child, Jessica was more focused and dedicated than ever."

Of course, there's absolutely no rush for anyone to lose weight postpartum. Simpson expressed in her Instagram post that being down 100 pounds has her feeling "so proud," not just because she looks fantastic, but because she feels like herself again. 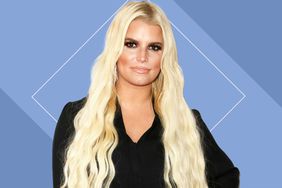 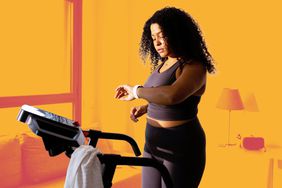 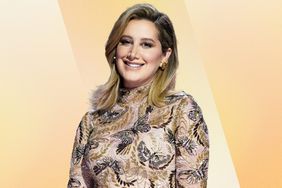 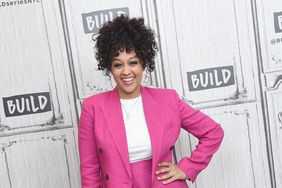 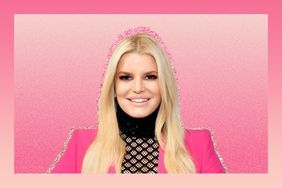 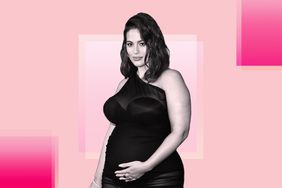