Palmer shared how she prioritizes self care in a new interview.

Despite her busy schedule, Keke Palmer prioritizes taking care of herself. In fact, ahead of a promotional tour for her latest films, a thriller called Nope and the animated movie Lightyear, the 29-year-old actress focused on her well-being to prep for the upcoming travel and work, she explained in a recent interview with Women's Health.

Palmer preemptively visited a health-focused spa before tackling the promo tour, spending her time meditating, doing yoga, working out, and resting, she told the magazine. "I've learned over the years that to keep my sanity, and to physically keep this machine running, I have to pour into myself as often as I can," said Palmer, who admitted that she hasn't always thought that way.

As someone who became famous at a young age, the actress is no stranger to the hustle culture that's especially present in the film and television industry. "It became a habit to hustle hard," she said in the interview, sharing that this lifestyle led to exhaustion, losing her voice, and even fainting at points in the past.

That's where self care came into play. Palmer began going to therapy when she was 17 and soon after took up yoga, reports Women's Health. While she first started doing yoga "to look good" in the hopes of landing roles in action movies, she realized the practice was about so much more than aesthetics. "I discovered that mind, body, and soul appreciation don't have to result in a six-pack," she said.

Now, in true 2022 fashion, her favorite workouts are found on an app. She's a fan of the Melissa Wood Health app, which features yoga-infused Pilates classes and meditations. "My body responds incredibly well to Pilates," said Palmer during the interview. "There are videos that are 10 minutes, 15 minutes, 40 minutes long. It's so smart because sometimes 10 minutes is all the time we have." (Psst: Learn all about the benefits of Pilates and yoga.)

In addition to practicing yoga and doing Pilates, Palmer is dedicated to showing herself love. "It hit me that I have to practice loving myself the same way I practice acting," she told Women's Health. This is evident in the way Palmer has been open about her diagnosis with Polycystic Ovarian Syndrome (PCOS), which is a hormonal disorder that can cause acne, excess facial and body hair, fertility issues, and irregular periods, according to the Mayo Clinic. She's shared how the disorder has impacted her, revealing that it gave her severe acne on Instagram in a bid to normalize skin imperfections.

Palmer seems to have the whole self-care thing down. Here's to saying no, loving yourself, and taking care of your well-being even when you're busy. 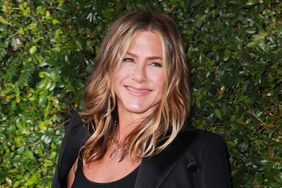