At one point, the Only Murders in the Building actress debated getting rid of her social media altogether.

Three years after deleting social media from her phone, Selena Gomez says she's happier — and healthier — for it.

In a recent interview with WWD, the Only Murders in the Building actress, 29, admitted that while distancing herself from the internet means she's "completely unaware" of what's going on in pop culture, the decision to do so ultimately saved her life.

"I say that because that's a huge, significant part of why I feel like I've been as healthy as I have been," said Gomez to WWD. "Maybe that doesn't make everybody else happy, but for me, it's really saved my life."

Gomez is one of the most followed celebrities on Instagram, with 268 million followers on the platform, and has 36.3 million followers on TikTok. She's also racked up 29.9 million subscribers on YouTube. But while Gomez acknowledges that these apps offer "such a wonderful way to stay connected," the decision to log off came from the realization that social media, while positive in some ways, can also be toxic in others.

"To be honest, I was just, like, 'This is too much information,'" she explained to WWD of her decision to delete the apps. "This is too much of my personal life spread out everywhere, and it just felt uncontrollable. I felt like my thoughts and everything I was consuming revolved around a million different other people in the world saying good things and bad things." (

It was upon this realization that Gomez decided enough was enough. "I just thought, 'Why would I — I don't get anything from it. Nothing is giving me life.' And I just snapped, and I was over it." (

At that moment, the Rare performer made up her mind that she wanted to delete social media altogether. Gomez's team, however, convinced her not to go off the grid entirely — a compromise, she says, she's happy with. "When I do go on, it makes me happy to know that I'm just being completely honest and being true to who I am," she told WWD.

Gomez has been open about her relationship with social media and the effect it has had on her mental health for years. The actress first revealed her decision to delete social media on an episode of Live With Kelly and Ryan back in 2019.

"It's just become really unhealthy, personally, for young people — including myself — to spend all of their time fixating on all of these comments and letting this stuff in," she told Ripa and Seacrest at the time. "It was affecting me. It would make me depressed, it would make me feel not good about myself, and look at my body differently, and so I don't actually have it on my phone."

So where's the content coming from, you ask? All of Gomez's photos and videos are uploaded by her assistant. "I do all of my posts through just texting my assistant and the caption that I want," said Gomez to WWD. This way she can still connect with fans but ensure protecting her mental health comes first. 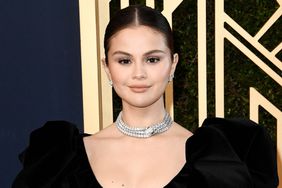 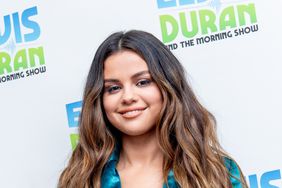