Park spoke about what it was like to navigate the past year amid increased racism toward both of her cultural identities.

As many people are continuing to speak out against racial injustice and hate against BIPOC communities, actress Sydney Park has added to the conversation. The Black and Asian American actress shared her perspective on racism and the media's portrayal of people of color.

The Moxie actress spoke during "The Revolution WILL Be Televised," a virtual roundtable discussion in collaboration between Entertainment Weekly and A3, Meredith Corporation's Asian American Association. Fellow AAPI stars Olivia Liang of Kung Fu, Leah Lewis of The Half of It, and Nico Hiraga also of Moxie, joined Park in a candid discussion about recent acts of racial-fueled violence against AAPI communities, and their experiences working in Hollywood as actors of color. (

Park shared during the discussion that it has been "definitely challenging" to navigate the entertainment space as a BIPOC actor. When discussing the audition process, for example, she said "It can be really tough because you just know you have to be 150 percent better –– and even if you are, maybe it doesn't matter." (

Later, Park shared her perspective on having two cultural identities in today's world. "I think being Black and Asian, it's been an especially tiring past year," she said. Detailing her personal experience growing up, she added "My parents have dealt with so much racism just being an inner-racial couple," she said. "My own Korean family has been incredibly racist toward me and my mother who's Black. Not having that support from them has been very tough." And media portrayals of people of color haven't helped, she added. "There's just so much hate going around," she said. "Black and Asian people being pitted against each other at this time is so inappropriate — and [so is] how the news portrays us and the media [as if it's] our job as people of color to fix it when it's really not our issue at all." (

As for how she's coped, Park said she's found it helpful to celebrate not one but both sides of her culture. "I think my way of protesting or even my way of just coping but also just acknowledging what is happening in both cultures and in the Asian community is being unapologetically myself, not people pleasing, being there for my friends, having more fun, enjoying who I am, and enjoying both cultures."

Jane Fonda Said Aging Is 'Not All That Scary' Ahead of 85th Birthday
What to Read, Watch, Listen to, and Learn from This Juneteenth 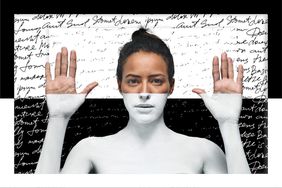 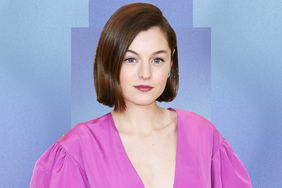