PAID CONTENT
This content was produced by The Foundry @ Meredith Corp. People editorial staff was not involved in its creation or production.

You do not need that afternoon latte. 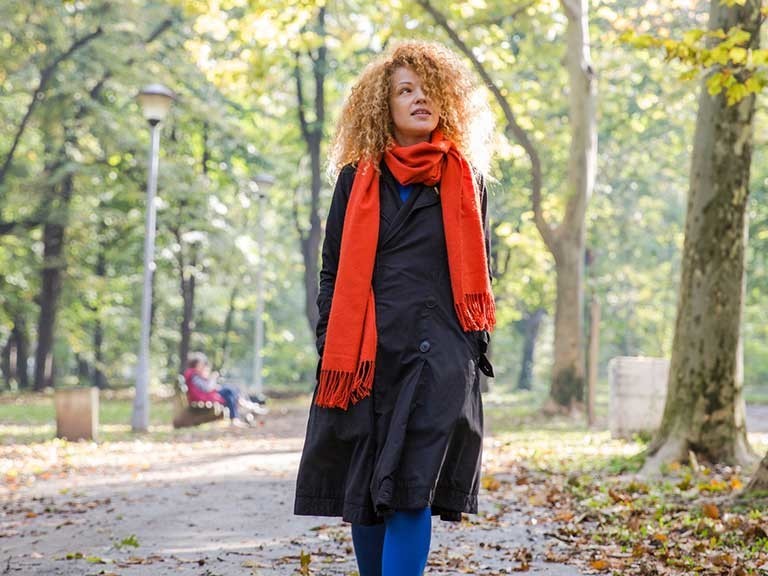 If every afternoon around 3, you seriously consider investing in technology that would deliver your coffee via IV, you should know that there are way easier methods to boost your energy. Next time you hit that p.m. slump, skip the espresso shots and try one of these science-backed ways to wake up instead.

1. Work out midday. Instead of waking up early or trying to squeeze in a workout after you’re done with work, try getting sweaty on your lunch break. In a study on worksite health interventions, employees at six workplaces were randomly sorted into three categories: those who shortened their workday by 2½ hours with physical exercise, those who shortened their workday by 2½ hours without exercise, and those who continued working as normal. At the end of a year, the exercisers reported serious improvements in productivity and were less likely to call out sick. Tell that to your boss when she asks where you’re going for lunch.

2. Take a walk outside. Once you’re mired in your day’s to-do list, it can be hard enough to force yourself to stand up and stroll to the bathroom, let alone exit the building to take a real walk. But according to one study that evaluated college students over the course of five different experiments, walking outside had a vitalizing effect. Getting out can give you the energy boost you need to tackle the rest of your tasks. In fact, just 20 minutes of fresh air can be enough to make you feel more energetic, according to the study. Don’t just stand on the sidewalk in front of your office, though; try to find a park or some greenery. That same study found that being in the presence of nature helps maximize the benefits of being outdoors.

3. Get a plant. Really can’t tear yourself away from your work? Add some green to your work space. In a study, 34 participants were assigned to either an office with four plants or an office without; then, their attention capacity was assessed. Those who worked among plants improved their performance, while the other participants did not. You don’t need a green thumb or anything fancy; try adding a succulent, which are small, affordable, and easy to care for.

4. Take a quick nap. Maybe this will convince your company to set up a nap room: Research shows that naps not only reduce sleepiness (duh) but also improve cognitive performance. To feel most alert, the best nap length is—believe it or not—just 10 minutes. When researchers compared the effectivity of five-, 10-, 20-, and 30-minute naps, they discovered that a 10-minute nap leads to immediate benefits, including improved alertness, less fatigue, more vigor, and increased performance. Twenty- and 30-minute naps initially led to sleepiness but eventually led to improved performance, while the five-minute nap had no benefits. Set your alarm!

5. Chug some water. You know water is essential to your overall health and well-being—after all, it accounts for 50 to 60 percent of your total body mass. But it’s also important to drink water throughout the day because it can help perk you up in the moment. One study showed that a 1 to 2 percent loss in body mass due to lack of hydrating can make you feel less alert and lower your ability to concentrate. How easy is it to lose water? You naturally lose water through bowel movements and due to dry air and hot weather—it’s highly variable based on your circumstances, but it’s in the ballpark of 2.5 liters per day (that’s about 2.5 kilograms). The study notes that exercising hard or doing heavy manual labor in warm weather can cause you to lose several liters of sweat. Keep a water bottle nearby and make sure to refill it regularly. If you get tired of plain water, try these fruit and herb combos in your next glass.

6. Avoid sugary energy drinks. You might think that energy drinks will give you the boost you crave, but they often contain sugar that can do more harm than good. Researchers found that after volunteers—who’d slept just five hours a night—consumed a sugary energy drink in the afternoon, they did not report feeling more awake during three subsequent reaction time tests. In fact, they were slower to react in the final session, about 80 minutes after they drank the energy drink. Stick to water!

7. Chew gum. Need to stay awake in a boring meeting? Pop a stick of gum in your mouth. Chewing gum has been shown to increase alertness—in one study, when researchers assessed volunteers’ moods, short-term memory, information recall, long-term memory, and intelligence, volunteers were 10 percent more alert when they chewed gum versus when they did not.

8. Eat some chocolate. Make sure to keep your candy drawer stocked, because cocoa flavanols found in chocolate may improve cognitive function. In one study, 30 adults consumed chocolate drinks, then underwent a series of tests, including subtraction tests and information-processing assessments, and were evaluated on a mental fatigue scale. They showed significantly less mental fatigue after consuming the chocolate than after drinking a control drink. Finally, the evidence you’ve been waiting for that chocolate really does make you feel better.

9. Sing out loud. You might need to step somewhere private for this one, but when researchers evaluated 32 university students who were tasked with listening to music, singing, rhythm tapping, or keyboard playing, they found that those who sang or rhythm tapped had significantly more energy and were less tired. The keyboarders also showed less signs of tiredness after playing, but since you probably don’t have a keyboard handy, just pop into your car for a little while.