5 Mind Tricks to Power Up Your Workout

Get more out of your workout without moving a muscle. 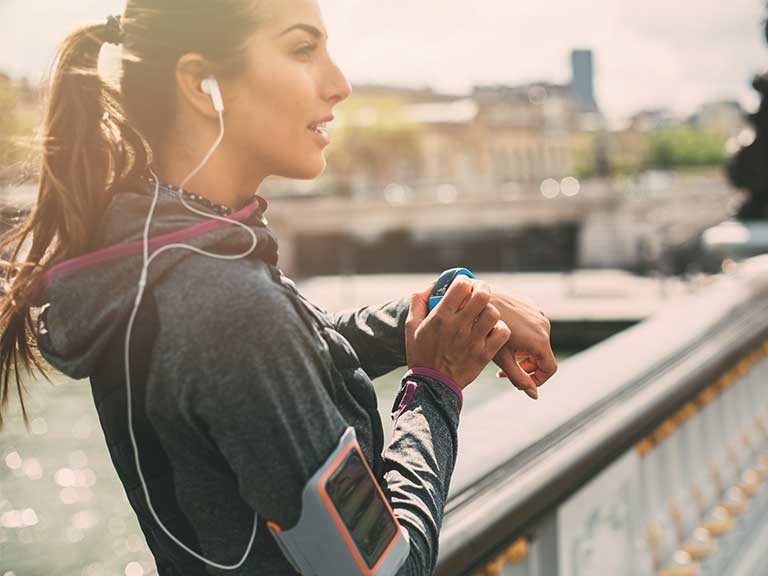 When it comes to exercise, your muscles do the work—but your brain is what gets you going. Having the right mindset can give you the boost you need so you can power through. The following tricks will help make your workout easier and more enjoyable.

Give yourself a pep talk. Call it the power of positive thinking: Staying upbeat during exercise—i.e., thinking thoughts like, “I can do this!” instead of “My legs are killing me!”—can boost your performance. One study of 18 cyclists showed that motivational self-talk was effective in improving endurance capacity during exercise. Half the participants were taught motivational self-talk, while the other half cycled as they normally would, without self-talk. Only the self-talkers showed improvement. Try repeating your own motivational mantra during your next sweat session!

Clear your mind. Having a lot on your mind can get in the way of your workout. In one small study, 12 people were asked to figure out a math problem while exercising. The result: They became tired more quickly and had slower heart rate recovery than when they weren’t focused on solving the problem. Thinking about your mile-long to-do list? Check your worries at the gym door. Not only will you give yourself a mental break, but you might also find that you get ramped-up results.

Picture success. Imagine crushing your workout—and you likely will. The use of visualization is linked to mental toughness, which is exactly what you need to power through that boot camp class. Visualization may even help you build your strength. Researchers found in a study of 30 people that those who spent 15 minutes a day simply picturing themselves contracting a finger ended up with 35 percent more finger strength after three months. Another study put 29 healthy people in wrist casts, with half the group just thinking about exercising their wrists. At the end of four weeks, the people who hadn’t visualized wrist exercises had lost twice as much strength in their wrists as the people who had. Put your imagination to work for you. If you know your upcoming barre class has a lot of ab work, picture yourself not dropping from those planks before you start.

Set small goals. Focusing on targets can make your workout seem easier. According to one study, people who looked at a traffic cone in the distance walked faster than those who didn’t. Those who focused on the cone also said the distance felt shorter and easier to walk than those who didn’t narrow in on the cone. Why not try breaking up your workout into small goals? Concentrate on finishing one set at a time, or on sprinting to the end of the street.

Turn on the tunes. Listening to music not only makes exercise more fun, but as one study found, listening to faster-tempo tunes can also crank up your intensity. After all, bopping along to the hits can distract you from the discomfort and effort of the task at hand. Load up your music player and crank up your favorite songs.