Here’s why the workout crop top is an affordable alternative to Lululemon’s Align Tank.

Finding a cute pair of leggings and an equally stylish sports bra is a breeze in today's athleisure world. But while these fitness essentials have been modernized and perfected over time, one piece was left behind: the workout top. That means you'll rarely find someone bragging about their tank or tee, unless they're wearing one of Lululemon's Align Tanks (Buy It, $58, lululemon.com).

The Align tank combines a sports bra and workout top into a tight-fitting tank that's super soft and undeniably chic. It's literally everything you could dream of in a workout top — but it costs almost $60. While a piece this good is worth the splurge, an affordable alternative can be just as satisfying. (Example: 7 Lululemon Dupes You can Score on Amazon)

And when it comes to finding a budget-friendly sub for the Align top, Amazon shoppers have you covered with The Gym People Women's Longline Sports Bra (Buy It, $22, amazon.com). Its V-neck cut is a close dupe for the Align tank, with a similar cropped style and full-coverage back, but it's less than half the cost.

Like the original, it's made with a breathable, fast-drying fabric with four-way stretch that hugs the body without constricting it, as well as thick, no-slip straps that keep boobs in place throughout any type of movement. Plus, it even has removable cups.

Available in seven colorways, it's a purchase worth making, even without a Lululemon connection — but at least 30 reviewers couldn't help pointing out the similarities. They said the design is similar, down to the seaming along the edges, which gives both tops the same form-fitting construction.

One Lululemon superfan noted the fabric of this dupe is closer to Lululemon's Nulux fabric (which is slightly heavier-duty) rather than the Nulu fabric (used in the Align top). That said, they assured other shoppers it's still super soft and the best dupe they've found. Another shopper agreed before taking it one step further and saying it's even better than the original.

"Lulu's version of this tank is mostly aimed towards people who don't workout," they wrote. "The soft material is nice, but not good for sweating in and easily gets ruined. This tank is the solution. It's a fraction of the price, the same style, [and] silky soft. I did a HIIT workout and lifted after — and was so comfortable. This is the perfect top and I just ordered all the other colors!"

"I'm already going through my closet to get rid of some other sports bras that I don't like because I'd rather wear these," the reviewer added.

Of course, Lululemon fans aren't the only ones freaking out about this workout top. More than 800 shoppers gave it a 5-star rating; one reviewer went so far as to call it their "favorite fitness purchase." But you don't need to be a gym-goer to appreciate it: It's also the comfiest lounge top and can be worn as a regular crop top, too.

Understandably, plenty of shoppers admit they have multiples in their closet — and can you really blame them? Between its quality design and adorable cut, this tank is the addition your wardrobe's been craving. Thankfully, its under-$25 price point means you won't feel guilty about adding one (or two) to your cart. 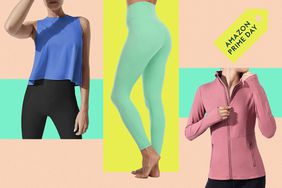 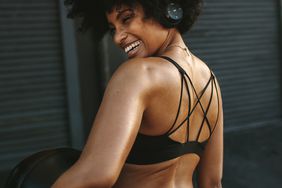 The 10 Best Lululemon Dupes You Can Score On Amazon 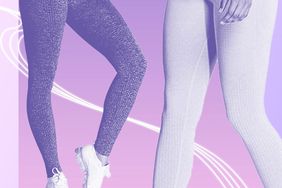 The 10 Best Gymshark Dupes You Can Score On Amazon 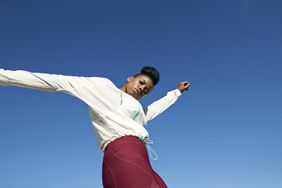 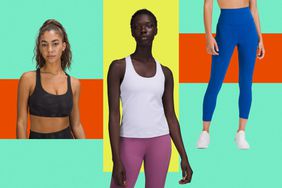 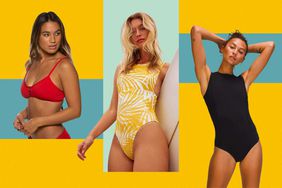 7 Sporty Swimsuits You Can Actually Work Out In, According to an Experienced Swimmer 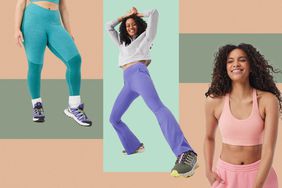 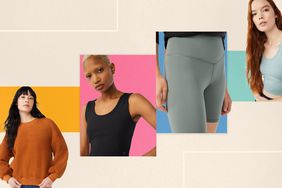 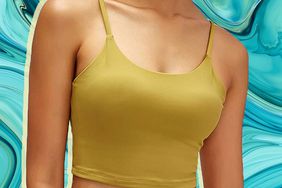 This $19 Sports Bra-Tank Hybrid Has More Than 13,000 Five-Star Reviews 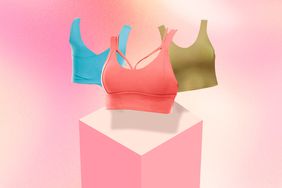 TikTok Has Spoken: This Best-Selling Sports Bra Is a Must for Big Boobs 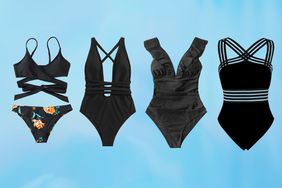 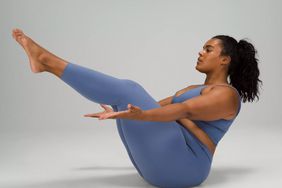 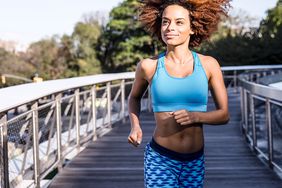 The 12 Best Sports Bras for Running, According to Customer Reviews 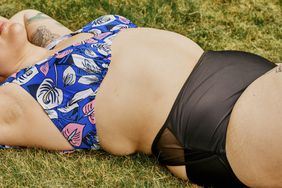 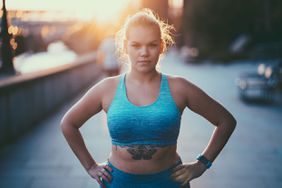 These Are the Absolute Best Sports Bras for Large Breasts, According to Customer Reviews 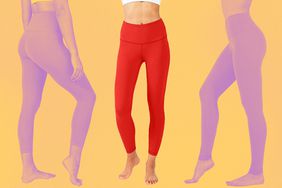