Consider your search for the best massage gun on Amazon complete.

If you've ever dealt with soreness (and, TBH, who doesn't?), you've probably considered investing in a massage gun. After all, the high-tech device pulsates against your muscles at varying speeds, thereby delivering what so many users have come to consider pain-relieving magic. And while there are plenty of percussive picks on the market, Akeesha Wiliams, SHAPE's very own social media coordinator, can't stop singing the praises of one product in particular: the Sportneer Elite D9 Percussive Massage Gun (Buy It, $130, amazon.com).

Williams discovered the Sportneer massage gun while looking to ease pain from piriformis syndrome, a condition that occurs when the piriformis muscle (a small muscle deep in your glute) compresses or irritates the sciatic nerve, thereby causing pain, tingling, and numbness in the butt and sometimes in and down the back of the leg. "It was the most painful time in my life," says Williams. "Sitting, squatting, standing for very long periods of time as well as bending over hurt so much. My doctors prescribed me Ibuprofen and that did not help. The pain kept getting worst until I received the massage gun, which turned out to be a lifesaver."

She started to use the Sportneer percussive massage gun every day for 15 minutes, twice per day to ease the pain in her lower back, glutes, hamstrings, and calves. This routine "relieved [her] piriformis syndrome faster than [she] thought [it would]," and "after the third week of consistently using the gun," Williams was finally able to return to the gym, she says. Since healing from the syndrome, she's also continued using the handy device pre- and post-workout, finding it more effective than foam rolling at warding off soreness. (

The percussion massage gun comes with six interchangeable drill heads. Williams' favorites are the ball head, which she considers to be the "the most soothing," and the bullet head, which she says can precisely target small muscles such as the piriformis.When you purchase the massage gun on Amazon, it also comes with a carrying case and an information booklet full of suggestions on the safest drill head to use for each area of your body.

Williams also loves that the Sportneer massage gun has six different vibration intensities, a 10-minute auto shut-off to prevent the device from overheating, and a "very long" battery life. (On a full charge, it can last anywhere from two to seven hours depending on how you use it, according to the brand.) What's more, the tool can reach up to 3,200 revolutions per minute (RPM) while staying pretty darn quiet — plus, it's available at a mid-range price compared to other options on the market.

Sportneer reviews on Amazon match Williams' enthusiasm for the massage gun. "Crazy battery life, coming from a big person with a lot of tense muscle, this is way stronger than anyone ever needs and it has good power control, so it can be gentle when needed," writes one person."Also super quiet. It does the job perfectly couldn't think of an improvement tbh." (

Another Amazon reviewer writesthat they're giving up massages since the gun feels like a sufficient replacement. "The massage gun is well built...doesn't feel cheap and there is some heft to it," they share. "It's one of the better investments I've made in recovery and for sure I'll save a lot of money from having to do bi-monthly massages!"

Based on all three accounts (and many more) the Sportneer Elite D9 Percussive Massage Gunhas a lot going for it. If you've been searching for a model with a long battery life and a variety of pain-melting configurations at a relatively low price, consider this soreness-solving tool a safe bet. 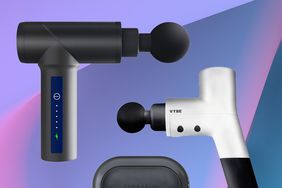 The Best Massage Gun for Post-Workout Recovery, According to Trainers, Athletes, and Medical Professionals 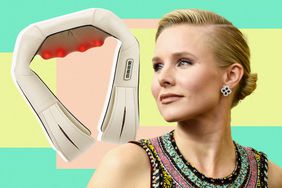 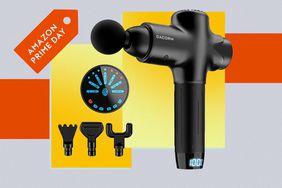 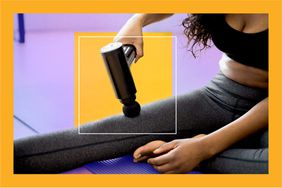 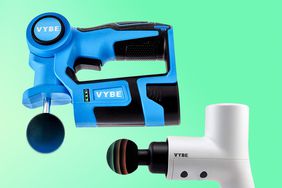 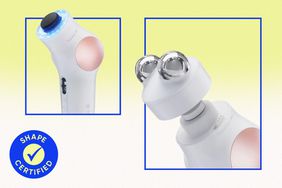 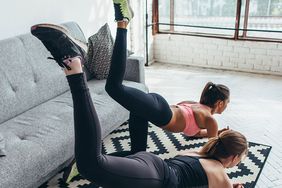 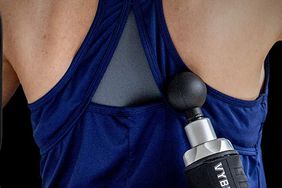 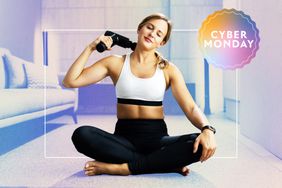 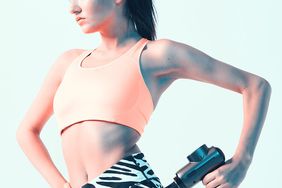 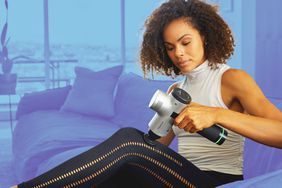 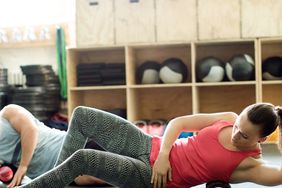 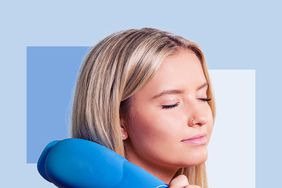 The 10 Best Neck Massagers, According to Customer Reviews 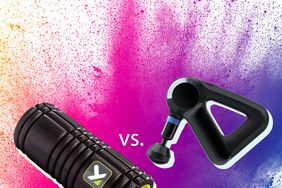