Why Does Running Make You Poop?

We've got the expert advice you need to avoid a mid-run poop. (Because let's face it, we all know the feeling.)

I've pooped my pants on a run. There, I've said it. I was about a mile away from finishing my 6-mile loop when the stomach pain kicked in. As a long-time runner, I assumed the pains were typical stomach cramps, and I really wanted to finish my workout, so instead of stopping, I just kept trekking along. Then, all of a sudden it just started happening, seemingly out of my control. Needless to say, it was pretty traumatizing.

To decrease your chances of repeating my experience (and to keep another surprise from sneaking up on me) we got the lowdown on why this happens and how to reduce the likelihood of a mid-run poop.

Luckily for my pride, my story is a pretty common one. Runners of all kinds, from ultra runners to recreational runners like myself, experience similar stomach problems. "In some studies, up to 80 percent of runners experienced GI disturbance, including abdominal pain and bowel dysfunction," says gastroenterologist James Lee, M.D., of St. Joseph's Hospital in Orange, California. (While we're at it, here's how to poop the right way — and yes, there's a right way.)

To make matters worse, a 2019 scientific review determined that younger athletes and those completing longer-distance and longer-duration activity tend to have increased gastrointestinal (GI) symptoms.

Why Does Running Make You Poop?

There are many reasons why we have the urge to go while running, ranging from gut motility to genetics. For example, in a study of 221 male and female endurance athletes, there was a high prevalence of symptoms directly correlated with a known history of GI problems.

However, that doesn't mean that if you're free from GI problems you'll never experience these same issues. For example, colonic motility — which basically means how often you need to poop and the softness of your stool — is increased while you run thanks to a surge of hormones in your stomach lining from all that bouncing around your doing while pounding the pavement, says Lee. All of these factors colliding is what can cause a mid-run poop. He noted that running (or other exercises that have your stomach jostling around) can also alter something called mucosal permeability, which controls the passing of materials from inside the GI tract out to the rest of the body. This causes your stool to loosen and all of a sudden you realize, "Holy crap, I need to poop!"

In addition, when running, blood flow increases to the muscles to help oxygenate and keep your body cool, says Christopher P. Hogrefe, M.D., an adjunct associate professor of orthopedic surgery at Northwestern University Feinberg School of Medicine. "But what people don't know is that it can decrease the amount of blood flow occurring to the intestines, causing abdominal cramping and potentially the urge to defecate," says Hogrefe.

How to Avoid Your Mid-Run Poop Stop

While many of the reasons why we poop during a run are out of our control, there are a few things athletes can do to make it less likely. Keep the following tips in mind when preparing for your next run.

Fiber, fat, protein, and fructose have all been associated with GI issues while running, and dehydration seems to exacerbate the problem, according to a 2021 report in the journal Nutrients. Lee recommends avoiding fatty and high-calorie meals within three hours of running.

This type of medicine has been found to increase intestinal permeability, causing the GI problems you're trying to avoid, according to one case study that looked at endurance runners.

Using gastrocolic reflux to your advantage is key. The idea behind this scary-sounding scientific term is simple: Your body wants to clear room for more food after eating, so the movement of your intestines increases after eating, says Hogrefe. To use this to your advantage, eat at least two to three hours before your run to ensure you have time to use the bathroom and can head out with a clear digestive system. If you generally eat right before a run, this could be causing your digestive distress.

Start with a warm-up jog.

If it feels near impossible to run without having to stop to the bathroom, Hogrefe suggests taking a warm-up jog around the neighborhood so you can make a pit stop at home before heading back out for your actual run.

Of course, runners deal with many unique "complications" and pooping is just one of them. Sometimes it simply can't be avoided — you can hope and pray there's a bathroom nearby! If you do have an unlucky situation like mine, don't be ashamed. Instead, give yourself a pat on the back and welcome yourself to the club. 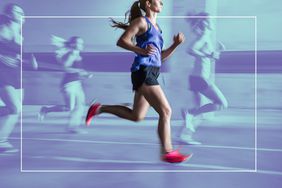 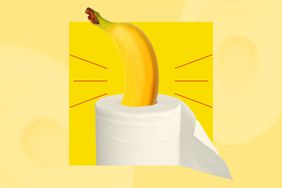 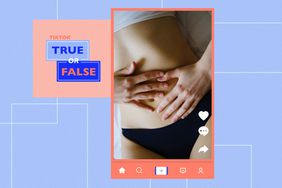 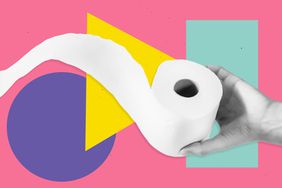 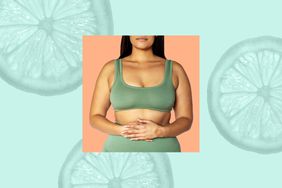 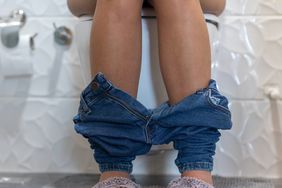