We’ll walk you through every single day of training so you’ll be running strong (and crossing that finish line!) in no time. 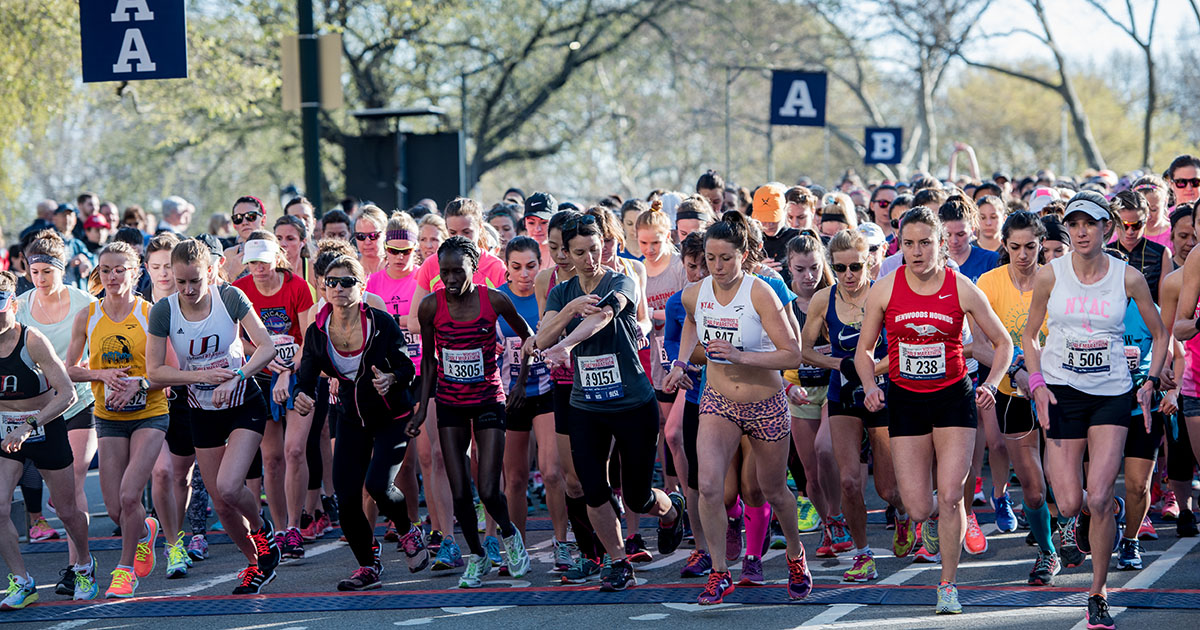 Whether it's your first time in a racing bib or you just need a little refresher on those 10-miler training runs, we've got a half-marathon training schedule that will get you across the finish line. Join the ranks: The half marathon currently has the highest percentage of women of any U.S. road distance—60 percent of competitors are now female (in 1985, just 20 percent of competitors were!).

So Shape asked running coach Brendan Cournane to give us two plans. Follow his expert advice (he's completed marathons in all 50 states!), get started on this couch to half-marathon training plan, and you'll be feeling confident at the start and ready to finish strong come race day. (In case you're still deciding whether to sign up, here are 12 Benefits of Running That Make You Healthier and Happier)

If you're new to running and/or haven't been working out regularly in the last six months, opt for this couch to half-marathon training schedule (scroll down to see the full plan). This 12-week half-marathon training plan starts with periods of walking interspersed with periods of running. Your longest walk/run the first week is four miles, and you work up to race-ready over three months. Bonus: Sundays and Fridays are rest days! (Related: The Magical Powers of Spending a Weekend Focusing on Workout Recovery)

If you're a true running first-timer, follow the (A) time periods; if you've been hitting the pavement a couple times a week, go for the (B) options.

FYI: The number to the left of the "/" indicates the length of time (in minutes) to run, while the number to the right of the "/" indicates the length of time (in minutes) to walk. For example, the (A) workout for the first week of the schedule reads 3/2, which means you should run for three minutes, walk for two minutes. The workouts for running on Mondays and Wednesdays are time-based. For example, Monday of the first week reads 30-36 minutes. If you're following the (A) schedule, you'd run-walk for 30 minutes; if you're doing the (B) plan, you'd run-walk for 36 minutes. The mileage listed is the max distance you should go, so for Monday of Week 1, you'd run/walk for three miles or 30/36 minutes, whichever comes first. (Need some couch to half-marathon inspo? In just five years, this woman went from running one mile to running ultra-marathons.)

How to Read the Couch to Half-Marathon Workout Key

Your Couch to Half-Marathon Training Plan

From Couch to Half-Marathon: One Woman's Story

Brittany Silverman, 26, was the last person her friends would have believed could run a half-marathon. Silverman had not so much as stepped into her gym since purchasing a membership, let alone broken a sweat beyond high school P.E. class. "I was ready for a lifestyle change, and I knew that following a training program would do it," Brittany says. "I was tired of being the one cheering on the sidelines as all my friends did races."

Take baby steps. A self-professed running-phobe, Silverman used our couch to half-marathon plan to train for her race. The ease-in-to-running strategy made it easy for her to step up her endurance. "After two weeks I didn't want to stop to walk anymore. I felt like a runner!" Silverman says.

Build a social network. Silverman traded happy hour for post-work runs with a local run club three nights a week. "I became friends with another first-time half-marathoner there," Silverman says. "I felt as if I had a partner to do this with." If you run solo, try posting your progress on social media to elicit online cheers as you go from couch to half-marathon. (Related: 4 Ways to Choose the Best Workout Buddy for Your Fitness Squad)

Get in gear. Silverman needed to replace her sports bra, since having a larger chest had previously deterred her from doing high-impact workouts. "Adjustable padded straps and an adjustable rib band are best for bigger cup sizes," says exercise physiologist LaJean Lawson, Ph.D., sports bra expert at Champion Activewear, who fitted Silverman. (Related: The Best Sports Bras for Every Cup Size)

Pick "fast" foods. Eating for long runs was a new concept for Silverman. "Carbohydrates are your source for fuel, because they turn most readily into glycogen, which feeds your muscles," says nutritionist Felicia Stoler, R.D., author of Living Skinny in Fat Genes, who helped Silverman revamp her diet. "It's best to eat high-carb snacks or meals, like whole wheat toast with peanut butter and a banana, an hour before your run." Stoler recommends a daily diet that consists of 50 to 55 percent carbohydrates from whole grains, fruits, and veggies, 10 to 20 percent protein, and 25 to 30 percent fats, like avocado and nuts.