Why Jumping On a Trampoline Is Better Than Running

And it's a whole lot more fun.

Remember when you used to jump on the trampoline for hours for fun as a kid? If you've been on one since becoming an "adult," you know that those first five minutes of bouncing are a rude wake-up call for how physically exhausting it is-but you have so much fun doing it that you don't even care.

It turns out, a workout on a mini-trampoline will get you some of the same get-fit benefits as running, but it won't feel as difficult, according to a new study by the American Council on Exercise.

Translation: If you loathe running, you should toss your sneaks because you're officially off the hook.

Twenty four healthy college students completed 19-minute full-body workouts on a mini trampoline. Researchers collected the students' heart rates and VO2 max every minute and calculated their calorie burn. They also asked the students for their rate of perceived exertion (RPE, or how hard they felt like they were working) every five minutes.

Not surprisingly, the researchers found that the students' heart rates during exercise matched up with the American College of Sports Medicine (ACSM) guidelines for improving cardiorespiratory fitness. Plus, they burned a ton of calories. ACSM recommends burning 200 to 300 calories during each 30-minute workout in order to lose or manage weight, which equals about 6.7 to 10 calories per minute. During the mini trampoline workouts, men burned an average of 12.4 calories per minute and women burned 9.4 calories per minute (not including the warm-up and cool-down portions), which is equivalent to running 6 mph on flat ground or biking at 14 miles per hour, according to the study.

Even more interesting is that while the calorie burn was on par with running a 10-minute mile, the RPE was only an 11.7 versus 13, a typical RPE for exercise that grueling. Why? It might be because the trampoline makes the activity less jarring-and the fun factor might make it feel easier as well, says John P. Porcari, Ph.D., one of the study authors. (Wondering what a trampoline workout class is really like? You need to see Instagram stars @girlwithnojob and @boywithnojob try one.)

The balance training and spatial awareness that also come with trampoline training are just bonus perks-as is the serious exercise high you're going to get from feeling like a kid again. 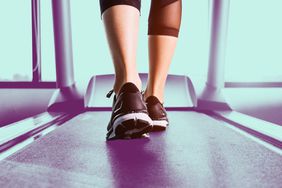 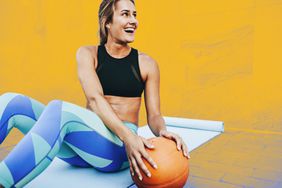 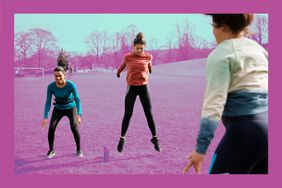 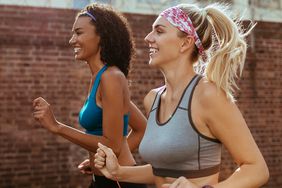 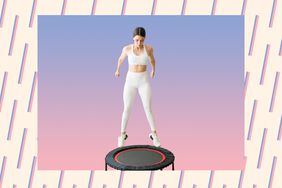 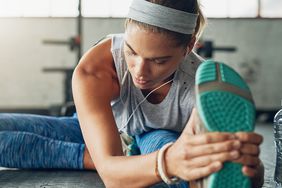 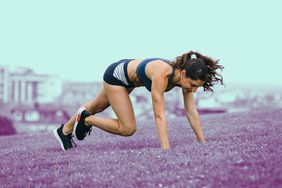 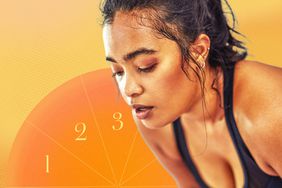 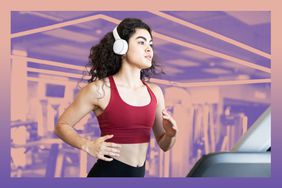 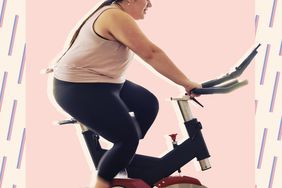 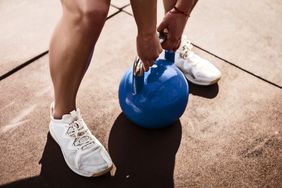 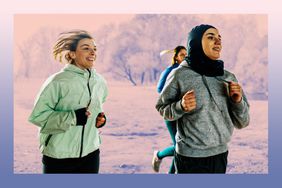 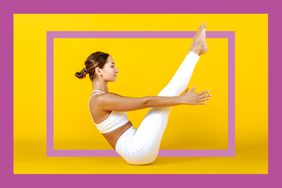 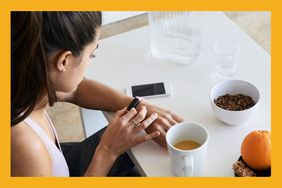