Learn how Jill Schroeder brought Zumba Fitness to her community

We asked our readers and Zumba fans to nominate their favorite Zumba instructors, and you went above and beyond our expectations! We've received more than 400,000 votes for instructors from all over the world, and now it's time to honor the winner of round one: Jill Schroeder.

Schroeder had worked as a group fitness instructor and personal trainer for a few years when someone recommended that she try a Zumba class. Schroeder, who hadn't heard of Zumba before, was curious and went to a class. And then like so many Zumba fans, she was hooked!

"I fell in love," she says. "I love the fact that it's a mixture of dance and fitness. It's more like a party than a workout!"

About four years ago, Schroeder became a licensed Zumba Fitness instructor, and soon after, she began working with local schools and gyms to teach Zumba classes. "I would teach the kids for free," Schroeder says. "I'm really passionate about bringing fitness to kids."

In 2011, Schroeder opened up her own fitness studio, Joining Active Bodies Studios (JABS).

"I would encourage anyone who's interested in Zumba to come take a class," she says. "Often, people will tell me they're nervous to try Zumba becaus they're shy or they're afraid everyone will be looking at them. But it's not true! Everyone's too busy worrying about themselves and having a great time to focus on you. I've never had someone take a class who hasn't returned!"

As the many comments we received prove, her fans and students agree.

"I go to Jill's classes to party," Debbie Pekunka says. "She's always up and moving, she never stays at the front of the class, and she just makes you want to move."

Fellow Zumba instructor and student Carol Leonard agrees. "I went to Jill's class once and never stopped going," she says. "She's awesome: She's strong and powerful, and she makes us powerful too."

In addition to her Zumba classes, her students cite her passionate commitment to charities such as the Chrohn's & Colitis Foundation of America, as an inspiration.

Do you think your Zumba instructor is an inspiration? Cast your vote at shape.com/vote-zumba to give your teacher a chance to be featured on shape.com or in a future issue of SHAPE magazine! Round two of voting officially begins on Monday, September 10, at 3 p.m. EST, so it's anyone's game! 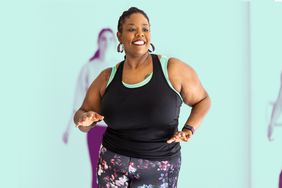 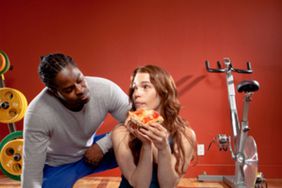 6 Things to Consider Before Becoming a Fitness Pro