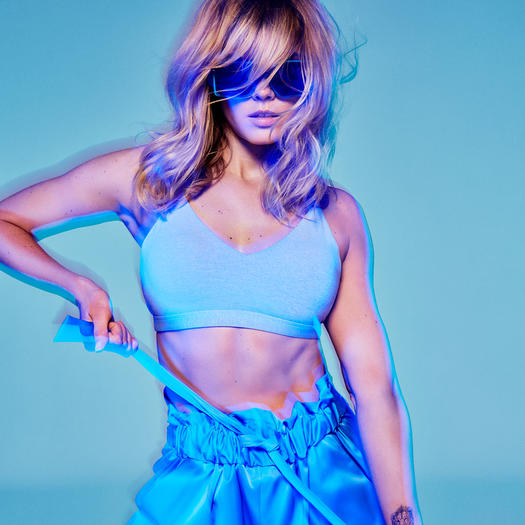 When you work your body in all directions, it nets standout results.

“We have such complex bodies, and the goal of your training should be to get as many muscles fired up in as many ways as possible,” says Stephen Pasterino, the founder of P.volve in New York City. The studio’s body-firming workouts employ light-resistance tools—bands, the Pilates magic circle, dumbbells, ankle weights, gliding discs, even a custom ball-and-band combo called the P.ball—to do a series of varying lifts
so you reach every muscle fiber. (These other sliding disc exercises will burn your body like crazy too.)

“You can really bring out all these little muscles for a big visual impact,” Pasterino says. Top models swear by the method for its emphasis on building the postural strength needed to walk fierce in four-inch heels (including Maryna Linchuk, above, who has regularly modeled for Victoria’s Secret. See how all the VS angels prepared their bodies for the fashion show this year.) "Physical therapy techniques are great for activating and strengthening muscles,” says Pasterino, who has a certification in applied functional science. “The P.volve method is built on them, and that’s why I describe it as pre-hab."

We asked Pasterino to develop a sample of his method, using his inventive glider exercises, that would especially tighten the lower body, a P.volve specialty. Extending your leg fully with the ball of your foot pressing into the glider is key, he says. It puts an emphasis on building strength throughout the eccentric, or lengthening, motion of an exercise. Bonus: "Every move is full body, so you’ll burn through calories," says Pasterino.

Check out some moves below. If you want to follow along with a video instead, try this 15-minute sculpting workout from P.volve trainer, Maeve McEwen.