Stoke your metabolism and carve your core with this unique training mash-up. 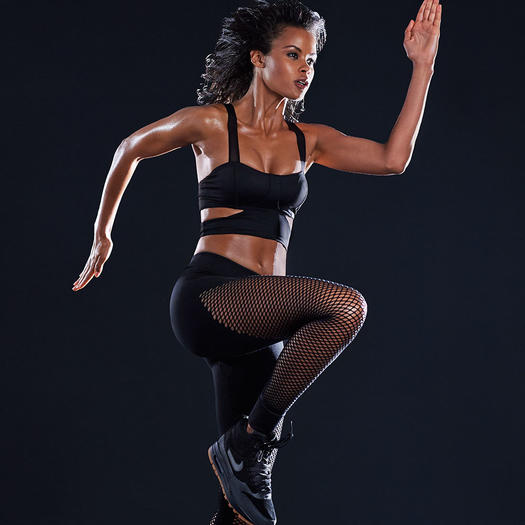 Tabata and Pilates couldn't be more different. The former is four minutes of pure, super-high-intensity sweat (alternating 20 seconds of all-out effort with 10 seconds of rest), while the latter is a steady-paced series of core cinchers—many of which you do while you're lying down. But they have one very important thing in common: They're the absolute best at what they do. Nothing out-burns Tabata per minute, and nothing out-firms Pilates for abs, says Michele Olson, Ph.D., a professor of exercise science at Auburn University at Montgomery who has done years of research on both.

But it wasn't until recently that a lightbulb went on: What if you combined the two into a single to-the-max routine? "Mixing Tabata with Pilates is the perfect way to squeeze the most calorie burning you can out of a cardio workout and also deeply strengthen, tighten, and sculpt individual muscles, especially in the core," Olson says. And with that, she created Tabatalates.

You'll kick off the workout with a Tabata round made up of squat jumps—"I chose that exercise because it burns a whopping 12 calories per minute," Olson says—and push-ups. Give those sets 110 percent, and your metabolic rate will stay elevated straight through the slower half of the session. (Try this 30-day Tabata challenge for more move ideas.)

"Plus, your muscles will have extra blood flow, which will allow them to receive the nutrients and oxygen they need to firm the most fibers," Olson says. That's key for the rest of the workout, which includes three of Pilates's top-performing waist whittlers, one lower-body exercise, and one upper-body move to sculpt you from head to toe. (Want more Pilates? This routine hits your whole body.)

Repeat the entire sequence and, in just 20 minutes, you'll burn 200 calories and earn a bonus afterburn of another 100 calories. "You would have to run for longer—at least 30 minutes and clocking off at least three miles—to burn 300 calories," Olson says. "And even if you did, you wouldn't get as deep into your core muscles or net any afterburn." (Here's more on why Tabata is a magical fat-burning workout.)

How it works: Start with the Warm-Up: Do 2-3 sets of 20 reps of each: high knee march, air jump rope, high knee lifts, jumping jacks. Then do Part 1, the Tabata sequence. Then, move onto Part 2, the Pilates abs exercises. Then, you'll finish up with Part 3, which includes on move for your lower body and one move for your upper body. Repeat once. Do this routine 3 or 4 days a week on alternate days. 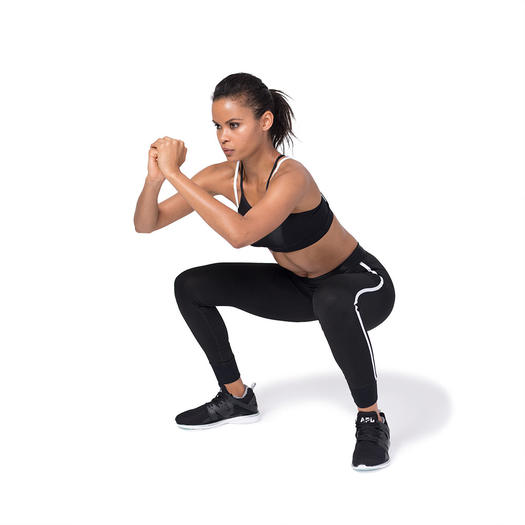 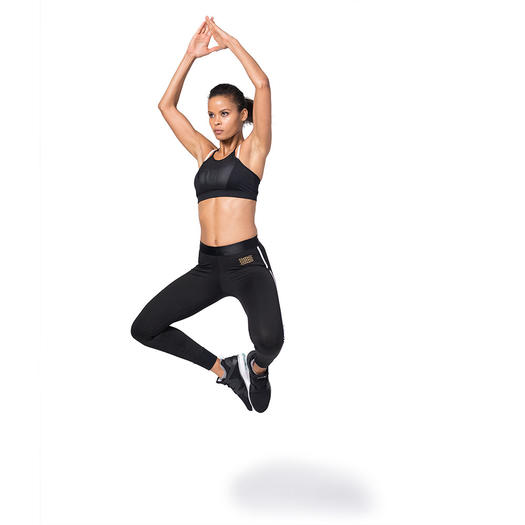 Stand with feet hip-width apart and arms by sides. Squat, bringing hands together at chest with arms pointed downward. This is your starting position.

Jump as high as you can, scooping arms around and up so fingertips touch each other overhead while you bend legs out to sides to touch heels (arms and legs both form a diamond shape). Land softly in starting position. Continue as quickly as you can for 20 seconds. Rest for 10 seconds. That's 1 set. 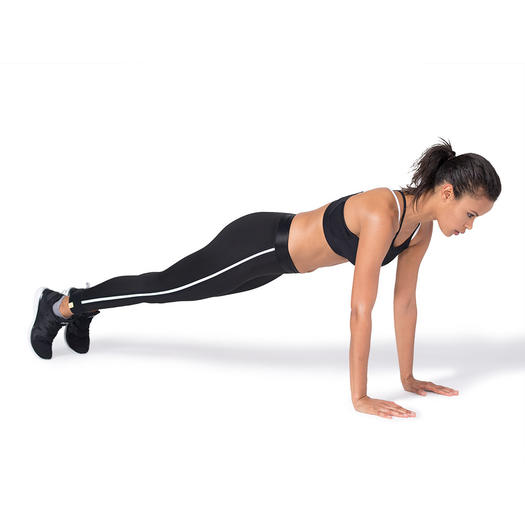 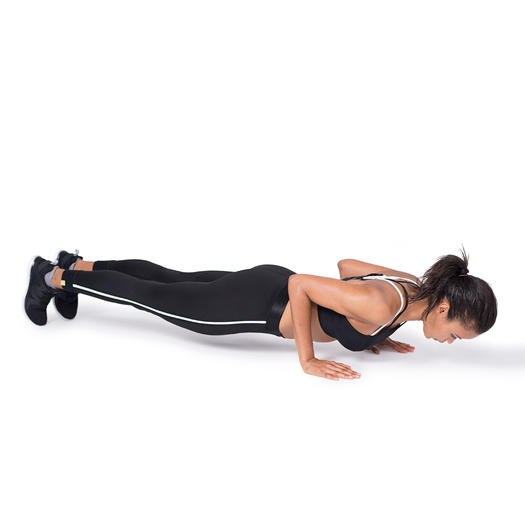 Start on floor in plank on palms.

Bend arms back at a 45-degree angle to lower body toward floor until chest grazes floor. Push back up to starting position. Continue as quickly as you can for 20 seconds. Rest for 10 seconds. That's 1 set. 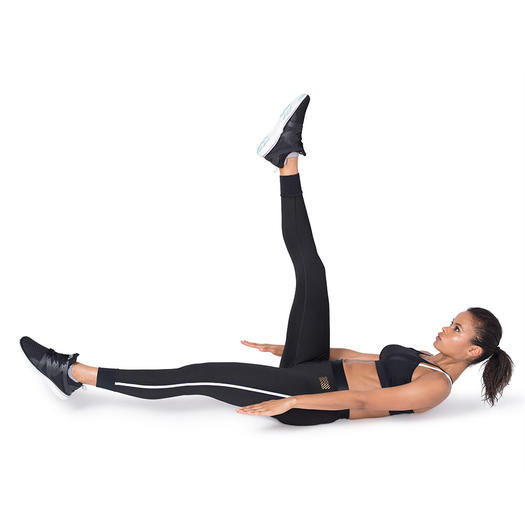 Lie faceup on floor with arms by sides and legs long. Curl head, neck, and shoulders off of floor, lift arms to hover about 8 inches above floor and left leg to hover about 4 inches above floor, and extend right leg up; point toes, to start. Inhale through nose for 5 counts, forcefully pumping arms about 4 inches downward 5 times. Immediately switch legs. Exhale through mouth for 5 counts, pumping arms 5 times. That's 1 set of 10 reps. 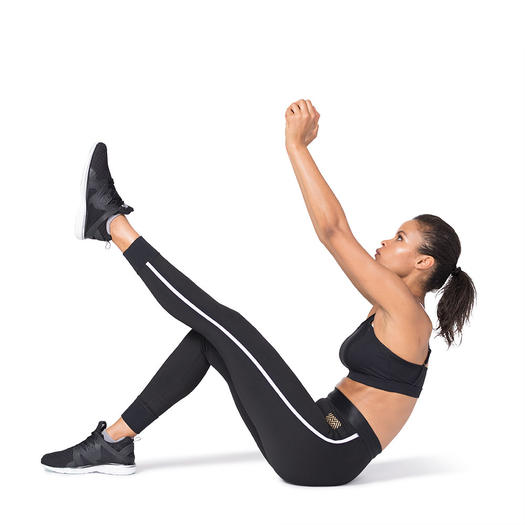 Lie faceup on floor holding a weight in each hand with arms by sides and legs bent with feet flat. Extend arms over chest with palms facing forward, and left leg out at a 45-degree angle (keep thighs pressed together); point toes and inhale to start. Without moving legs, exhale as you curl torso up off of floor, pushing weights toward the ceiling. Slowly lower to start. 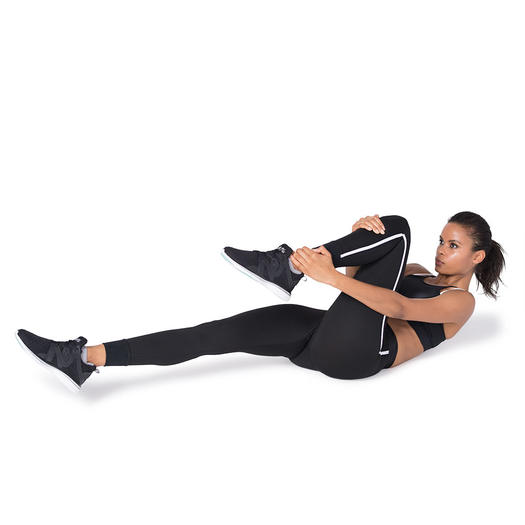 Lie faceup on floor with arms by sides and legs long. Curl head, neck, and shoulders off of floor, lift right leg to hover about 4 inches above floor, then exhale as you pull bent left leg toward chest with left hand grabbing outside above left ankle and right hand grabbing inside of left knee. Inhale as you switch sides; repeat. That's 1 rep. Continue alternating sides. 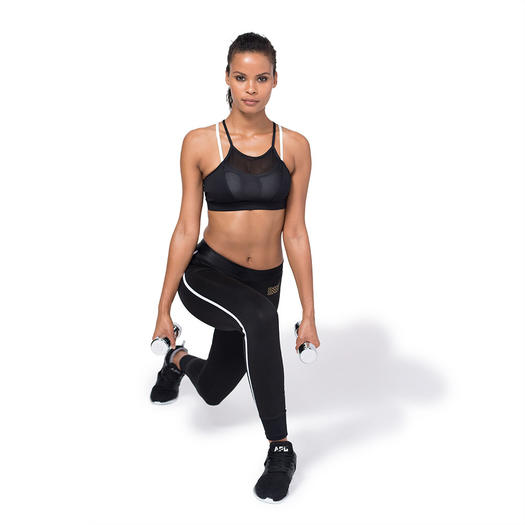 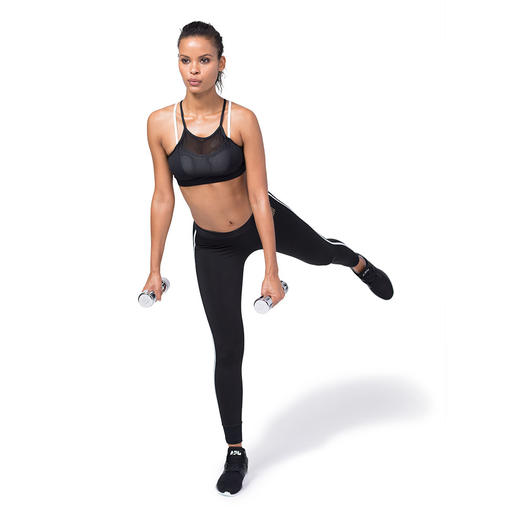 Stand with feet hip-width apart, holding a weight in each hand with arms by sides. Step left leg behind and across right leg, bending both legs 90 degrees to start.

Stand, shifting weight onto right leg as you lift left leg behind you at a diagonal. Return to starting position. 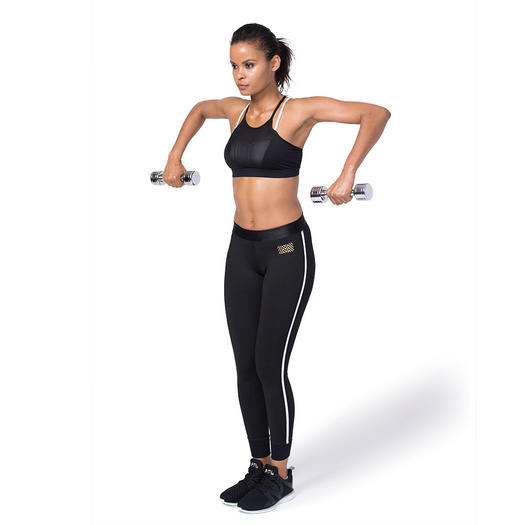 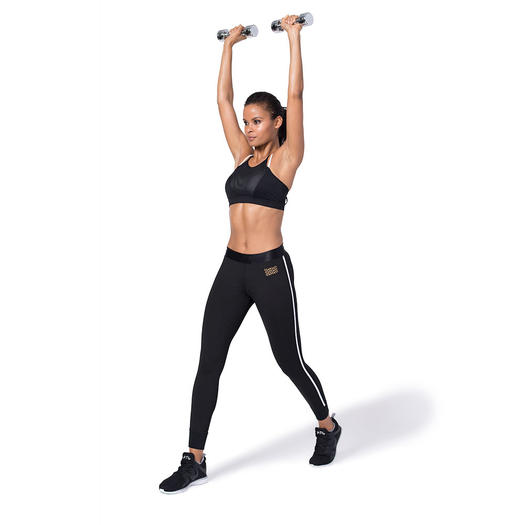 Stand with feet together, holding a weight in each hand with arms by sides. Bend arms 90 degrees wide to sides; palms will face backward. Maintain the 90-degree bend as you rotate palms forward and up.