The yoga studio is also reckoning with its "inadequate representation" in leadership and clientele.

Hot yoga studio Y7 has issued a statement of apology for appropriating hip-hop and Black culture.

After opening in 2013, the New York-based yoga studio, which also has locations in Los Angeles and Chicago, gained popularity largely because of the dance and hip-hop playlists (mainly featuring Black artists) that accompanied each candlelit class. But the studio is now admitting that it has failed to "authentically" represent and support the Black community.

In a statement posted on Instagram and Y7's website, the studio said it takes full responsibility for not only its "problematic co-opting" of hip-hop and Black culture (including the "for-profit use" of hip-hop music during class), but also for having "inadequate representation" in its leadership and clientele.

"We are deeply, empathetically sorry," continued the statement. "We are sickened with anger and guilt that we've caused pain on the community we only admire and have genuine respect for. We know we need to regain your trust and are committed to making lasting changes by providing transparency and consistency in our actions."

The studio then listed the changes it plans to make in its efforts toward racial and social equality. (

For starters, Y7 will "no longer profit off hip-hop music, hip-hop culture, or Black culture," according to its statement. Moving forward, the hot yoga studio said its goal is to use its platform as a "music-driven" studio to "amplify" the work of Black artists, which includes educating clientele on the history and message behind the music played in each class.

The studio also plans to make its classes more accessible to Black communities. "In order to increase this access, we'll partner with groups and organizations that support BIPOC, offering free classes to their members," reads Y7's statement. In doing so, Y7 said it aims to not only reach people of all socioeconomic backgrounds but also offer them "overall exposure" to the practice of yoga. (

In terms of its staff, Y7 plans to rehire (and retrain) instructors "who have a deep interest and connection with music and inclusive teaching," according to the studio's statement. (Many Y7 instructors have been laid off or put on furlough as a result of studio closures following the COVID-19 crisis.)

Y7's branding will change as well. The studio said it will remove the phrase "a tribe called sweat" from its merchandise and website. The phrase was initially a play-on-words based on the hip-hop group A Tribe Called Quest, according to Y7's statement. But the studio is also reckoning with the fact that the word "tribe," in general, has "racially offensive connotations, particularly to African groups and indigenous people, and reinforces misinformed stereotypes that undermine the sovereignty of these groups," the statement continued. (

As for its classes, Y7 is promising to rework its popular hip-hop-themed class days—#HipHopWednesday and #HipHopSunday—to spotlight not only Black music artists (particularly up-and-coming artists, "to help drive awareness to their work," said the studio) but also groups and organizations that support Black communities. All proceeds from each #HipHopWednesday and #HipHopSunday class will be donated to "a charity or cause aligned with the artist," according to Y7's statement. Plus, in an effort to further increase accessibility to more diverse and underserved communities, any free spots in these classes will be reserved for BIPOC, continued the statement.

For the most part, studio-goers have been quick to encourage Y7's initiative. But many have also urged the studio to not do away with its music.

"I understand your intent," read one Instagram comment. "As a Black woman, your music and vibe [are] what drew me to your studio. Please don't stray too far."

Echoing these emotions, another person commented: "I understand and appreciate your intent with this. As a Black man, speaking ONLY for myself, the biggest reason I attended/enjoyed/supported Y7 was for its nods to hip-hop. From the music to aesthetic, it all made me feel welcome in a yoga world that does not always do so." (

Others expressed a desire to see more diversity in Y7's instructors: "Keep the music, add more color to the payroll," one commenter wrote on the studio's post. "Please offer more opportunities for Black people to become instructors. I've taken many classes and while I love the music, I've never taken [one] from a POC," said another.

Some people pointed out that the studio's locations matter, too. "You should reconsider opening new locations in areas where you can attract not only the wealthy and white but also minorities," wrote one Instagram user. "I love your classes and the experience, but it felt awkward seeing minorities cleaning the floors, signing people in, basically doing the leg work for the privileged."

Of course, these sentiments certainly aren't exclusive to Y7. In a previous interview with Shape, Lauren Ash, the founder of Black Girl In Om, a wellness initiative catering to women of color, said she's noticed a lack of diversity in yoga, as a general practice, for years.

"As a yoga student, I looked around and I saw that there were very, very little women of color in the yoga spaces that I occupied," Ash told Shape. "And I rarely, if ever, within my first two years of practicing, had a Black woman guiding a session." ( 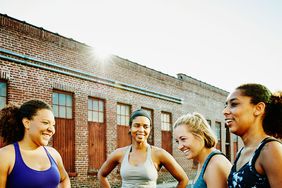 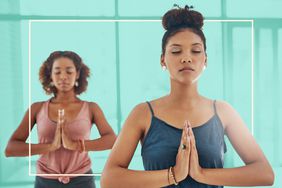 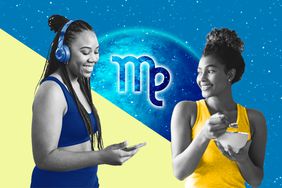 Black-Owned Wellness Brands That Offer Something for Everyone
What to Read, Watch, Listen to, and Learn from This Juneteenth