Ask the Diet Doctor: Changing Your Diet with the Season

Q: Should I change my diet as the seasons change?

A: Actually, yes. Your body undergoes changes as the seasons change. The differences of periods of light and darkness that occur have profound effects on our circadian rhythms. In fact, research shows that we have entire groups of genes that are impacted by circadian rhythms and many of these genes can impact body weight (causing either loss or gain) and hormones such as adiponectin, which increases insulin sensitivity and fat burning. So make these four easy changes to help your body adjust to the changing seasons.

1. Supplement with vitamin D. Even during the summer, a majority of people don't get enough of the "sunshine vitamin." Supplementing with vitamin D won't cure your winter blues, but it will help you maintain optimal blood levels when your body isn't converting much of the vitamin from sunlight. D is also very important for bone health, and maintaining optimal levels may help fight certain cancers, aid in weight loss, and boost immune function, which is extra important during cold and flu season.

2. Stay committed to exercise. When the weather is balmy and the sun is shining, it's easy to want to go for a run, but the colder, shorter days of fall and winter aren't quite as motivational. Still, you should squeeze into a workout for the sake of both your waistline (hello, holiday feasts!) and mood. A 2008 study published in PLoS One reported that seasonal changes in mood caused by the change in light cycles can greatly increase your risk for metabolic syndrome, but exercise during fall and winter seasons can offset that. Even more interesting (or scary): These negative effects of skipping your workout were as strong as the positive effects of exercise!

3. Monitor weight changes from fall to spring. Research from the National Institutes of Health shows that between September to October and February to March, people gain an average of one pound (some upwards of almost five pounds) each year. While one pound may seem insignificant, this extra pound (or five) can lead to slow and incremental weight gain over the years.

This can be further compounded by the fact that as we age, we can lose up to 1 percent of our lean body mass each year. Increasing body weight plus decreasing lean body mass equals a recipe for disaster! In order to prevent this, monitor your weight at least weekly throughout the year. Research shows that people who weigh themselves more frequently are more successful at maintaining their weight. It will also help you stay on top of seasonal additions to your waistline, ensuring that they don't sneak up on you.

4. Increase your carbohydrate intake. As the days get darker, you may begin to suffer from a mild form of depression known as seasonal affective disorder. Adding more carbs to your day is one diet strategy that may be able to help pick you up out of your slump. A study from Biological Psychiatry found that a high-carb (but not a high-protein) meal boosted mood. This may be due to the ability of insulin (a hormone released by your body when you eat carbohydrates) to drive tryptophan into your brain where it gets converted to the feel-good neurotransmitter serotonin. The more serotonin your brain produces, the better you will feel. 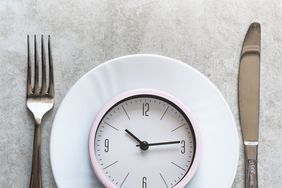