Whether you go with white rice or brown rice in your next grain bowl may not be as consequential as you think.

Rice might just be the most versatile food ever. Thanks to the large variety of different types of rice (e.g. white rice, jasmine rice, basmati rice) and how it's prepared across cultures (e.g. fried rice, rice with beans, jollof rice), you can incorporate the pantry staple into your breakfast, lunch, dinner, and even dessert.

Despite the flexibility and popularity of rice, though, the question of whether white rice vs. brown rice is healthier has been a hot topic around dinner tables and online for what seems like forever. If you've heard that white rice is an unhealthy or "bad" carbohydrate that should be avoided, you might be surprised when you actually compare its nutritional stats to that of brown rice. Keep reading to learn more about the differences between white vs. brown rice and how you should choose which to use in your meals. (

What's the difference between brown vs. white rice?

The reason that brown rice has won favor is that it's a whole grain while white rice is a refined grain. "Whole grains consist of three parts — the bran, the germ, and the endosperm," explains Maya Feller, M.S., R.D., C.D.N., a Brooklyn-based nutritionist and founder of Maya Feller Nutrition. "For a grain to be considered a whole grain, all three of these parts must be present." (

There is nothing inherently wrong with eating white rice. Contrary to what most people think, white rice does have nutrition.

For some quick background, the bran is the outer layer of a grain, which is the part that contains fiber, vitamins, and minerals according to the Harvard School of Public Health. The endosperm is the starchy middle layer that contains some protein and vitamins, while the germ is the innermost layer that contains vitamins and healthy fats. "Refined grains have the bran and germ removed, which also removes some nutrients and fiber," explains Feller.

"Because brown rice has one more gram of fiber and some more nutrients, diet culture elevated it," says Soto. And while there's no denying that whole grains have health benefits, such as reducing cholesterol and lowering the risk of 2 diabetesdue to their higher fiber content, that doesn't mean white rice is devoid of nutrients nor harmful to your diet. Not to mention, U.S. Department of Agriculture dietary guidelines specify that of the recommended daily intake of grains (6 grams for the average adult), only half need to be whole grain, notes Soto. That means you can eat up to three grams of white rice per day and still meet the dietary requirements."Of course, no one discusses that and thinks anything that isn't whole grain is bad," she adds. (

These Are the Best Healthy Cereal Options Out There

So, is brown rice better than white rice?

While brown rice has a slight edge over white rice, they're both nutritious foods. "There is nothing inherently wrong with eating white rice," says Laura Iu, R.D., C.D.N., C.N.S.C., R.Y.T., a registered dietitian nutritionist based in New York. "Contrary to what most people think, white rice does have nutrition."

The starchy endosperm left behind in white rice contains key minerals such as magnesium, iron, selenium, and niacin, explains Feller. "It is also very easily digestible (because it has less fiber), which can be helpful for individuals with sensitive digestive systems," she says. Your body needs these and other minerals to develop and function normally, according to the National Center for Complementary and Integrative Health. For example, magnesium helps your body regulate muscle and nerve function, blood sugar levels, and blood pressure, while iron provides oxygen to muscles, according to the National Institutes of Health.

It's true that foods with a high glycemic index are also associated with type 2 diabetes because of their potential to raise your blood sugar, butwhat you pair your rice with can help. If you eat white rice with foods that are high in fiber, it can be a safe and nutritional grain to add to your diet because it slows down digestion. That said, spikes in blood sugar isn't always a bad thing. For instance, ever heard of carbo-loading? "The idea [of carbo-loading] is to provide your body with easily digestible energy far enough in advance that your workout isn't interrupted by the digestion process," Wendy Bazilian, R.D., co-author of The SuperFoodsRx Diet previously told Shape. Eating white rice can act as a source of quick energy right before a tough workout.

Should you eat white rice or brown rice?

Rather than getting caught up with the brown rice vs. white rice dilemma, you should consider how the grain plays into your overall diet. "While it's true that white rice is digested quickly in the body and can enter the bloodstream quicker than brown rice, the reality is that white rice can definitely be part of a healthy diet," says Iu. "In many cultures, white rice is a staple, and instead of being so quick to cut out or shame someone [or yourself] from eating the foods they grew up with, you should be focusing on how you can add other foods to get the [nutritional] balance you're looking for."

You don't need to swear off white rice due to the minimal difference in nutrition, affirms Soto. "I don't think you miss out in any way from the nutrition of brown rice because youdon't just eat white rice by itself," she says. "You [can] add nutrition in the form of beans, veggies, salsa, [and] proteins. This all adds more than the one gram of fiber missing from the brown rice, so, in my opinion, arroz con gandules (rice and beans) is more nutritious than brown rice and chicken and broccoli, which is diet culture's go-to diet meal."

When you're deciding which grain to pick for your next meal, go with the option that suits your preferences and needs while considering dietary guidelines. "[I] encourage patients to honor their foodways and enjoy foods that they know, like, and love," says Feller.

If you're concerned about medical concerns such as pre-diabetes, but prefer the taste of white rice, pair it with proteins and fats to slow down digestion and reduce blood sugar spikes, suggests Iu. "I really try to encourage people to look at the whole meal, rather than zoning into a single food," she says. "Those who demonize white rice often aren't seeing it from the cultural lens. They're operating on the assumption that rice is the whole meal." (

Labeling white rice (or any food for that matter) as "bad" perpetuates harmful diet culture and doesn't recognize that many food recommendations for healthy eating are not inclusive of culturally diverse foods, says Iu. "White rice is a staple not only in Asian culture but in many others who have been eating it and thriving for centuries, so just because it doesn't fit into the Western picture of health doesn't mean that it's unhealthy."

Bottom line? If you're concerned or have additional questions about what type of rice is better for you, consider speaking with a doctor or nutritionist for tailored advice. But as with anything you eat, choosing brown rice vs. white rice is all about balance and personal preference. 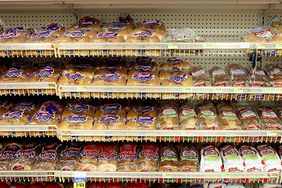 What's the Difference Between Whole Wheat and Whole Grain? 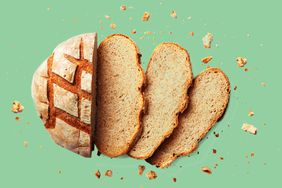 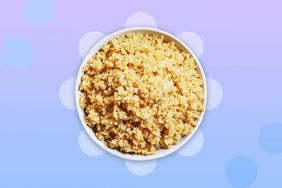 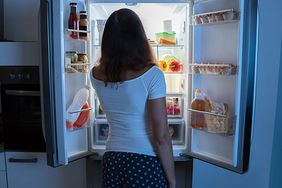 The 3 Sneakiest Foods That Cause Cellulite 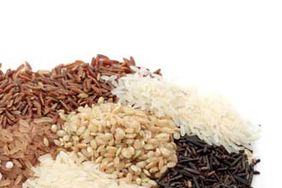 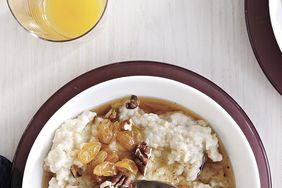 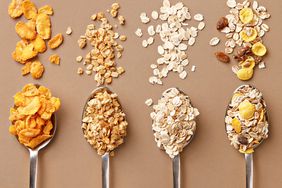