Lowering low-density lipoproteins (LDL), or bad cholesterol, can be as easy as increasing your fiber intake and swapping red meat, cheese, and ice cream for these equally tasty foods that lower cholesterol.

Eating an apple a day isn't the only thing that will keep the doctor away. Adding one avocado a day to a moderate-fat diet can lower LDL by 13.5 mg/dL, according to a study in the Journal of the American Heart Association. That's compared to just 7.4 mg/dL when participants went on a lower-fat diet. Unlike other foods that lower cholesterol, avocado is rich in monounsaturated fats, which could be used as a substitute for LDL-raising saturated fats, says Li Wang, Ph.D., R.D., research associate at UC Davis. "Avocado is also rich in dietary fiber and plant sterols, meaning they can decrease cholesterol absorption in the intestine and lower plasma cholesterol." (That's not the only nutritional benefit of the all-star fruit.)

Berries may cost a pretty penny, but their high-fiber gives them LDL-lowering properties that make them a smart addition to any diet. What's more, researchers from Italy and Spain believe the anthocyanins in strawberries may also lower bad cholesterol. (Anthocyanins are the pigments that give the fruit its red color.)

When people ate two cups of strawberries a day for 30 days, their LDL levels fell by 13.72 percent, while HDL, or good cholesterol, levels remained unchanged, according to a Journal of Nutritional Biochemistry study. Research is still underway to determine if the anthocyanins do indeed play a role in lowering cholesterol, or if fiber is the factor. Either way, just 1 cup, or about 8 strawberries, will provide the cholesterol-lowering benefits, says Francesca Giampieri, Ph.D., a postdoctoral researcher at Marche Polytechnic University. Pretty sweet, huh?

You probably only eat grapefruit when it's served at a dismal hotel breakfast buffet, but since it's on the list of foods that lower cholesterol, you might want to change that. One study from Israel found that participants who ate grapefruit with their regular balanced meals for 30 consecutive days decreased their blood lipid levels, while the patients who didn't eat a grapefruit saw no change.

And red grapefruit was more effective than white in lowering blood triglycerides, another form of fat in the bloodstream that's associated with type 2 diabetes. According to study leader Shela Gorinstein, Ph.D., chief scientist at the Hebrew University of Jerusalem, the antioxidants in the grapefruits are responsible for their health benefits, adding that the red variety has higher antioxidants than white. Gorinstein says while the fruit and juice are equally beneficial, one fresh grapefruit added to your daily diet is preferred.

In general, foods that lower cholesterol are usually high in fiber. But it's the soluble fiber in particular that reduces the absorption of cholesterol, says Pam Peeke, M.D., assistant professor of medicine at the University of Maryland and author of Body for Life for Women. You want at least 5 to 10 grams of soluble fiber and 30 grams of total fiber a day. One cup of cooked oatmeal will get you about 6 grams of fiber, but adding a whole banana to your oatmeal will tack on another 4 grams of fiber and a cup of blueberries will give you an extra 3 grams. (

Speaking of oatmeal toppings, you can also add a handful of walnuts or almonds. Both destroy bad cholesterol with their polyunsaturated fats, but walnuts especially keep your blood vessels healthy, says Peeke. Just keep your serving to about a dozen nuts. (

Another reason the Mediterranean diet is so popular: It's packed with foods that lower cholesterol, like olive oil. Look for the extra-virgin variety, which comes less processed and packed with more LDL-lowering antioxidants, says Peeke. About 2 tablespoons a day lowers bad cholesterol, while leaving your HDL undisturbed, so start by replacing any cooking fats like vegetable oil or butter with olive oil to get the heart-healthy benefits.

You know them as omega-3 powerhouses, but our friends in the sea are also some of the top foods that lower cholesterol. Replace LDL-boosting saturated fats like red meat with a 3- to 4-ounce serving of fatty fish, two to three times a week. Not sure which fish to choose at the seafood counter? Opt for fish high in omegas—try mackerel, trout, herring, sardines, albacore tuna, salmon, and halibut, says Peeke. In doing so, you'll not only eliminate foods that raise bad cholesterol, but you'll lower the fatty compounds called triglycerides, she says. (Wait, does cooking fish affect its omega-3s?)

Bring on the peanut butter! Some margarines, orange juices, and yogurt drinks come fortified with plant stanols and sterols. These plant-based chemicals are found naturally in foods and block cholesterol absorption in the gut. Consuming about 1.5 to 2.5 grams a day has been shown to reduce cholesterol by 7 to 10 percent over two to three weeks, says Peeke. But she prefers you get sterols and stanols in whole foods like seeds, olive oil, nuts, and whole grains. If you're eating at least three servings of vegetables and two servings of fruit a day, there's no need to add fortified foods to your diet, she says.

Thanks to the flavonoids in dark chocolate, it's not only on the list of foods that lower cholesterol, but it can also decrease blood pressure and lower blood sugar levels, says Peeke. Have an ounce of dark chocolate every day, choosing one that is at least 70 percent cacao. "The higher percentage the less sugar, the more antioxidants, and the more anti-inflammatory properties," says Peeke. (Bonus: Dark chocolate can give you an edge at the gym.)

Artichokes have one of the highest levels of soluble fiber among all veggie varieties. This type of fiber not only lowers your LDL levels, but it helps keep your GI tract healthy, leaves you feeling full for longer, and keeps your blood sugar levels balanced, says Eugenia Gianos, M.D., assistant professor of cardiology at NYU Langone Medical Center. Add one medium artichoke to your diet and you'll get almost 5 grams of soluble fiber and 10 grams of total fiber. (Here's the best way to clean and cook artichokes.)

When you think of foods that lower cholesterol, you probably don't think of this staple in Southern cooking. Okra is high in fiber and protein, and low in fat. "But it also has the mineral magnesium, which may prevent heart disease, diabetes, and high blood pressure," says Gianos. She recommends one cup of okra, which contains about 50 to 70 mg of magnesium. "The daily recommendation is between 300 and 400 mg, which can be obtained by having a variety of vegetables high in magnesium such as broccoli, spinach, and squash."

Flaxseeds may be small, but they're one of the mightiest foods that lower cholesterol. Sprinkle a tablespoon onto cereal or mix it into yogurt or smoothies for fiber and healthy fats. "The omega-3s in flaxseed, a type of polyunsaturated fat, improve blood vessel function, decrease inflammation, prevent arrhythmias, and lower triglyceride levels," says Gianos. (Don't make this huge misstep when using flaxseeds.)

Dark leafy greens, especially collard greens, have been shown to lower cholesterol, says Kate Weiler, author of Real Fit Kitchen, co-founder of Drink Simple, and certified holistic health coach. "The greens bind to bile acids, which are made from cholesterol, and are excreted through the body," says Weiler. She recommends a serving of leafy greens a day, or 1 cup raw collard greens (1/3 cup cooked).

Edamame's balance of good fats, soy protein, and fiber not only lowers bad cholesterol, but it keeps you full and energized, making this snack a good choice for weight loss, says Gianos. By replacing animal protein with soy protein, you're avoiding foods with saturated fat, which has been directly linked to cardiovascular disease. Edamame also contains two forms of polyunsaturated fats, omega-3s and omega-6s. But it's the omega-3s that are associated with the greatest health benefits and reductions in heart disease for their LDL-lowering abilities, says Gianos. One cup of whole edamame will do the trick. (Try this spicy edamame salad with jalapeños for lunch today.)

Last up on the list of foods that lower cholesterol: Garlic. The go-to seasoning can lower bad cholesterol by preventing the waxy, fat-like substance from building up in arteries, says Weiler. As a bonus, Weiler says garlic has also been known to lower blood pressure. She recommends 1 gram per day, or about 1/5 of a clove. 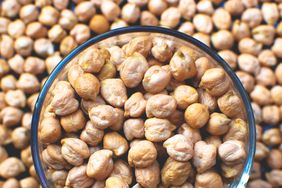 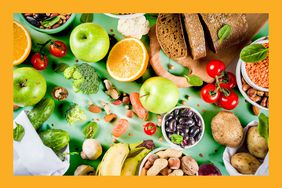 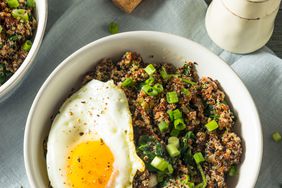 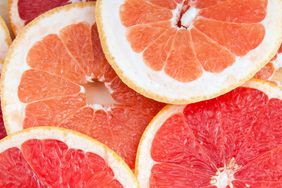 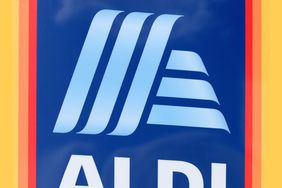