Peanut butter and jelly sandwiches, however, could add a little over a half-hour to your life, suggests research.

For most people, living a long, healthy life is the overall goal. And, if you're one of them, you might want to take a pass on beef hot dogs. Why, do you ask? Well, a new studysuggests that the summertime treat could be taking precious minutes off of your life.

That's one of the main takeaways, anyway, from a recent study published in the journal Nature Food. For the study, researchers from the University of Michigan analyzed more than 5,800 foods and ranked them by their health burden (e.g. risk of ischemic heart disease, colorectal cancer, and other cardiovascular diseases) and their impact on the environment. The researchers found that swapping 10 percent of your daily calories from beef and processed meats (which can include chemical preservatives) for fruits, vegetables, nuts, legumes, and some seafood could potentially lead to health improvements, such as gaining 48 minutes of "healthy life" per day. This swap can also reduce your dietary carbon footprint (aka your total greenhouse gas emission) by 33 percent, according to the research.

When it comes to eating just one beef hot dog on a bun, specifically, the study found that doing so can take 36 minutes off of your life "largely due to the detrimental effect of processed meat." But eating other fan-favorite sandwiches (yes, the researchers referred to hot dogs in a bun as "frankfurter sandwiches") might not have as much of a negative impact. Turns out that peanut butter and jelly sandwiches can add up to 33 minutes to your life per serving, according to the study, although the choice of bread and ingredients were not specified. Additionally, however, by consuming one serving of nuts, you could gain 26 minutes of "extra healthy life," according to research.

The researchers also classified foods into three color zones: green, yellow, and red. Green zone foods are considered the best of the bunch in the sense that they are both nutritionally beneficial andhave a low impact on the environment. They include nuts, fruits, field-grown vegetables, legumes, whole grains, and some seafood. Foods in the yellow zone — such as most poultry, dairy (milk and yogurt), egg-based foods, and veggies produced in greenhouses — are either "slightly nutritionally detrimental" or "generate moderate environmental impacts," according to the research. Red zone foods — such as processed meats, beef, pork, and lamb — are identified as having a "considerable" negative impact on your health or on the environment.

While nutritionists say the study is interesting, they point out that lifespan is a really tricky thing to calculate when it comes to nutrition. "Every person is so unique and everyone's metabolism is so unique that I wouldn't say [these findings] is definite for every person," says Jessica Cording, M.S., R.D., author of The Little Book of Game-Changers: 50 Healthy Habits For Managing Stress & Anxiety.

What's more, there are so many other factors that go into your lifespan, including your activity levels, sleep patterns, and stress levels, says Keri Gans, R.D.N., author of The Small Change Diet. Still, Gans says she takes the biggest issue with the research as it focuses mostly on just one food.

"Instead of demonizing any single food, one should look at the frequency of which it is included in the context of someone's total diet," she says. "Having an occasional hot dog is way different than having a hot dog 365 days per year."

Cording agrees, noting, "if it's something that you truly love and would feel deprived if you never have it, make it an occasional treat."

Gans also suggests having some healthier foods along with your hot dog. "Maybe have a whole wheat bun with that hot dog for some fiber, top it with sauerkraut for probiotics, and enjoy a side salad," she says.

Bottom line? Sure, experts agree that it's always a good idea to minimize the amount of processed food or meat you eat, but equating one innocent ballpark or backyard treat with a shortened lifespan doesn't do you any good. TL;DR — Eat the damn hotdog if you want it. 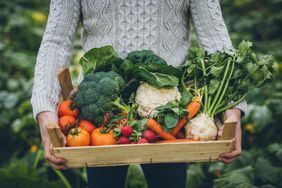 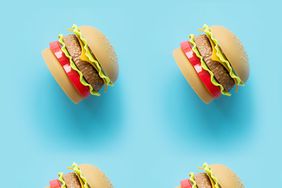