Have You Heard of Lazy Keto?

If tracking all your macros is too much, the simplified 'lazy' version of the ketogenic diet might be for you.

One of the downsides to a high-fat, low-carb ketogenic diet is how much prep work and time it can take. If you've wanted to try it but felt overwhelmed by all the macro tracking, a new twist called lazy keto—yet another version of the keto diet—may be your ticket.

In this version of keto, you only count one macro. "It's a focus on carbohydrate restriction and nothing else," says Robert Santos-Prowse, R.D.N., a clinical dietitian and author of The Ketogenic Mediterranean Diet and The Cyclical Ketogenic Diet.

What is "lazy keto" and how do you do it?

Specifically, your guiding principle on lazy keto is eating fewer than 20-30 grams of carbs per day. (Everyone has a different limit before his or her body gets into ketosis, so that's where the range comes in, says Santos-Prowse.)

The way to do lazy keto is to download a macro-tracking app, like MyFitnessPal, and track your carbs—but forget about fats, protein, or calories. Realistically, if you're sticking to the 20-30-gram range, you could pretty easily track your carbs in your head or even on paper if you wanted.

And while many docs and nutritionists are anti-keto (or at least the traditional version of the keto diet), Susan Wolver, M.D., an associate professor of medicine at Virginia Commonwealth University who's board-certified in obesity medicine, actually recommends the "lazy" version of keto to all her weight-loss patients.

"The best eating plan is a plan that [you'll] be able to stick to," says Dr. Wolver. As such, she thinks the regular ketogenic diet is "a lot of work that's probably unnecessary." If you're keeping your carbs low, you'll likely be in ketosis, she notes.

Sounds totally reasonable and doable, right? No more worrying about what percentage of your calories are coming from fat and crunching numbers when you'd rather just be eating your avocado in peace? Maybe, but there's a catch. The problem with the lazy version of keto is that people have started to use it interchangeably with "dirty keto", says Santos-Prowse. Dirty keto is another variation of the diet he says can have adverse effects since it doesn't actually require steering clear of unhealthy foods. (More on that here: What's the Difference Between Clean Keto and Dirty Keto?)

In dirty keto, carb counting is the only rule, again—yet it's even less restrictive, with zero focus on eating whole, nutritious foods. A recent book called Dirty, Lazy Keto, in which author Stephanie Laska shares how she lost 140 pounds on the diet, promotes eating whatever food you like to lose weight—as long as it's low-carb. A follow-up book from Laska even shares her dirty lazy keto guide to fast food.

"One of the biggest advantages to a ketogenic diet is that it will typically force a person to be more intentional about their relationship with food, because they have to look at ingredient labels, consider the source of the food, and probably cook more," he says. "If you're doing a lazy, dirty keto approach, you don't get that particular benefit."

Essentially, the problem with the 'dirty' approach is that it's counterintuitive to what the keto diet is meant to do. "You haven't addressed your patterns and your habits with food—you've just traded one kind of junk for another," says Santos-Prowse.

But there's a big difference between lazy and dirty keto, notes Dr. Wolver, who "absolutely recommends the whole-food approach". Which is why all the keto-friendly packaged items hitting store shelves, while convenient in a pinch, are not necessarily a good thing, she says.

"I have increased concern over all the good-for-keto products in my supermarket," says Dr. Wolver. "It's starting to feel a lot like the low-fat craze, where we came up with all these fat-free products and people thought they could eat all that they wanted."

While Santos-Prowse doesn't typically recommend a lazy plan, he says it can be a useful option for situations like travel where you can't always make the best food choices or have access to a kitchen.

In that case, when it comes to lazy keto recipes, he advises a few convenience foods that aren't processed: hard-boiled eggs, single-serve packages of cheese, and avocados, which can all be easily found at a supermarket (and often, even gas station convenience stores now) when you're on the road.

The bottom line? Just don't let the word "lazy" carry over into how you approach the entire diet. The method of tracking is easier, yes, but following lazy keto still requires a commitment to changing your overall approach to food—and that goes beyond just ordering your burger without a bun. 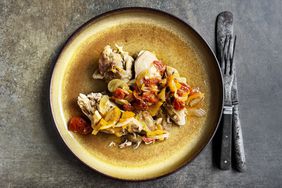 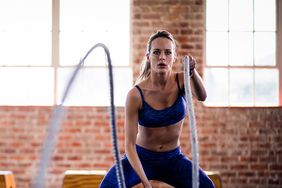 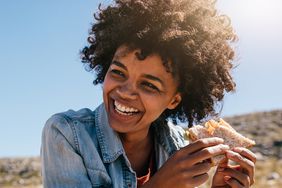 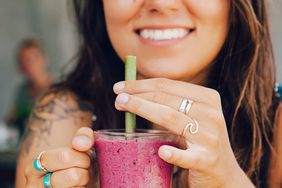 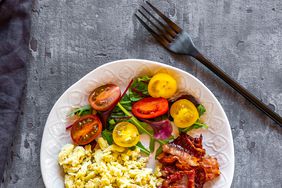 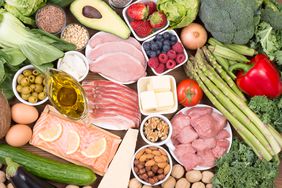 Keto vs. Atkins: What's the Difference? 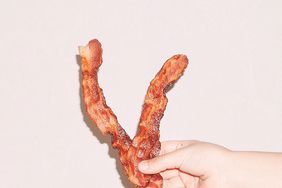 8 Common Keto Diet Mistakes You Could Be Getting Wrong 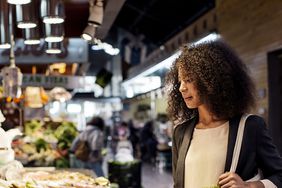