What Is the Okinawa Diet?

It was inspired by some of the healthiest people in the world. Here's what you need to know before you give it a try. 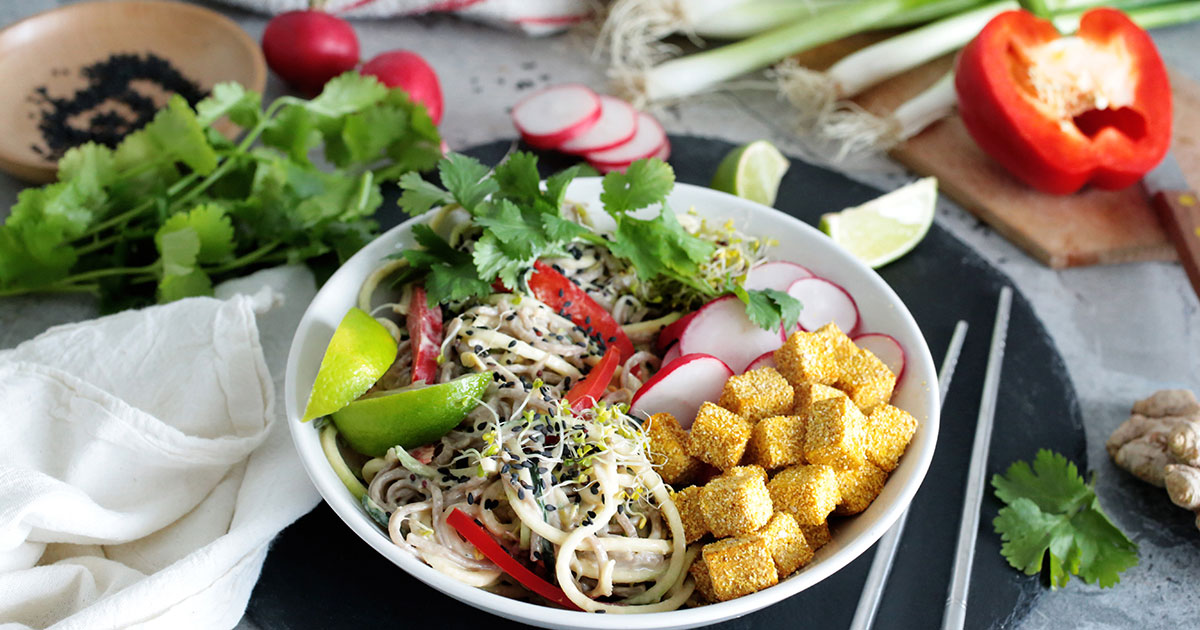 Okinawa is one of the largest islands in Japan. (Fun fact: Its nickname is Churashima, which means beautiful islands.) It's also well-known as being one of the Blue Zones—a name for areas of the world where people are considered the healthiest because of low rates of heart disease, cancer, diabetes, and obesity and the highest life expectancy rates.

In fact, Japan has the longest life expectancy of any country in the world: 90 for women and 84 for men. (In the U.S., it's 81 and 76, respectively.) Okinawa, specifically, has the largest number of centenarians (people who are 100 years old or older) per 100,000 population in the world, according to the Okinawa Research Center for Longevity Science (ORCLS). They've been studying centenarians for decades, so it's clear the region is doing something right—starting with their diet.

What Is the Okinawa Diet?

The most important thing to know is that, like the Mediterranean diet, the Okinawa diet is more of an eating style rather than a diet plan.

The diet of indigenous Okinawans is rich in nutrients but low in calories. While they don't purposefully restrict any foods, Okinawans generally don't eat much meat, dairy, or grains. Otherwise, there are two key properties of this diet. First: It's primarily plant-based. (See: What's the Difference Between Plant-Based and Vegan?) Okinawans view meat as a condiment rather than as the main course, explains Tomeka Flowers, a wellness coordinator at Houston Methodist. So, you can eat meat and seafood on this diet plan, but in very limited quantities.

The daily diet is full of vegetables—roots, such as sweet potatoes, and yellow and green vegetables like pumpkin, bell peppers, bitter melon, and seaweed. "The predominance of yellow vegetables makes this diet high in carotenoids which can lower inflammation and improve immune system function," says Melissa Rifkin. R.D., a bariatric dietitian at Montefiore Medical Center. The eating plan is rounded out with tofu and mushrooms. They do eat rice but in smaller quantities than a traditional Japanese diet—preferring yellow or purple sweet potatoes as a source of carbs.

The second main factor of the diet is the 80/20 rule. (And, no, not the cheat meal 80/20 rule you're thinking of.) Rather, in Okinawa, people aim to eat until they're satiated but not completely full (hence, the 80 percent). Think of it as eating dinner and saving room for dessert, but then you don't eat the dessert, says Flowers.

Benefits of the Okinawa Diet

The Okinawa diet is generally considered healthy and can be adopted by anyone. It involves eating whole, unprocessed foods and has a high water content thanks to the fresh produce. It's also high in fiber and carbs and low in overall calories and fat—characteristics that, despite the rise in popularity for high-fat diets like keto, could aid in weight loss and weight maintenance. Okinawans generally eat around 1,200 calories per day while Americans consume closer to 2,000 calories. This eating plan is renowned for lowering inflammation and staving off chronic diseases, though it hasn't been scientifically proven yet (the ORCLS was formed to study the impact of diet on Okinawan centenarians).

Because the Okinawa diet is primarily plant-based, it has a high amount of fruits and vegetables. (Meanwhile, the CDC has reported only 1 in 10 Americans get in enough servings of produce each day.) The diet is also high in vitamins, antioxidants, and fiber which have all been shown to lower inflammation, says Rifkin.

The main draw of this eating style, however, is the perspective on food: Okinawans don't measure food or have restrictive rules. They tend to not overeat or have weight management issues by following the plant-based, 80/20 plan, says Flowers.

Cons of the Okinawa Diet

While there are many benefits to a plant-based diet like the Okinawa diet, it's important to understand the drawbacks before diving in. Since the meals are low in meat, dairy, and whole grains, there's potential to be lacking in certain nutrients like vitamins B and D, calcium, and iron, says Rifkin. This diet is also high in soy, which may not be ideal for certain populations. (FYI: There's conflicting information on safe levels of soy and its effect on the endocrine system. Some women with a higher risk of breast and ovarian cancer may need to avoid phytoestrogens like those found in soy and flax. More on that here: 5 Reasons Your Food Could Be Messing With Your Hormones)

Before lauding this diet as some sort of wellness cure-all, it's important to look at the overall lifestyle of the people in Okinawa too, says Flowers. There's no single reason behind the good health and long life of Okinawans—their eating habits, exercise routines, relationships, and environment are all possible factors. The people in Blue Zones typically average 14,000 to 18,000 steps per day while Americans average about 5,000 steps. If you're going to eat as they do and expect the same results, you also need to move as they do to get the full benefits, says Flowers.

Rifkin does caution that exact adherence to this diet—specifically, lowering calories to 1,200—would be difficult, and maybe even dangerous, for someone to sustain long term. However, "with the current obesity epidemic, most people could benefit from shedding some calories from their daily meals. A 1,500-calorie diet may be a more reasonable place to start," she says. (Here's how many calories you should eat to lose weight.) She points out that the American diet is also more processed and chemically laden than it is in other places in the world. "We should all take a nod from the Okinawans and start eating more foods that come from the earth," says Rifkin.