Poppi's newest sodas will keep you hydrated and energized — without causing a sugar crash later.

You may not like to admit it, but deep down, past your health enthusiast exterior, you know an ice cold soda tastes pretty damn good. The balance of vanilla with spices in a can of cola or bottle of root beer satisfies your sweet tooth, yet still pairs incredibly well with a giant burger or slice of pizza. And the bubbles create a much more exciting drinking experience than a glass of fizz-free lemon water does.

The problem? A standard 12-ounce can of Coca-Cola packs a whopping 39 grams of added sugar — just 11 grams fewer than the United States Department of Agriculture's recommended daily limit for added sugar consumption. "Traditional soda has lots of sugar, which leads to a host of issues [when consumed in excess], like diabetes, tooth decay, and obesity," says Melissa Rifkin, M.S., R.D., C.D.N., a New York-based dietitian who specializes in weight management and bariatrics. "They also don't provide a lot of nutritional value, they're really just empty calorie beverages."

But thanks to the newest release from Poppi, you don't have to worry about potentially developing those health woes — or at the very least, experiencing a sugar crash — after downing a can of pop. Today, the healthy soda brand known for fruity flavors launched its new Classics line (Buy It, $30 for 12, amazon.com), featuring three nostalgic flavors — Classic Cola, Root Beer, and Doc Pop — made with sparkling water, fruit juice, and apple cider vinegar. And yes, they're just as tastyas the real deal. "I drink about two to three every single day," says Rifkin, who's Poppi's partnered dietitian. "I'm actually obsessed with it."

Each soda offers just 25 calories and 4 grams of added sugar coming from cane sugar — one-tenth the amount found in a can of Coke. Still, the drinks feature traditional soda's signature punch of sweetness thanks to the addition of Stevia, a zero-calorie sweetener that won't impact your blood sugar, says Rifkin. The Classic Cola and Doc Pop flavors also contain 50 milligrams of caffeine derived from green tea, giving you a jolt of energy that's equivalent to about two 8-ounce cups of coffee.

But Poppi didn't just craft a soda that's less impactful on health than the top brands — the company also made sure the canned drinks offered a few health perks too. Each flavor in the Classics line contains apple cider vinegar, a prebiotic that feeds the probiotics (microorganisms that help maintain or improve your body's "good" bacteria) in your gut, says Rifkin. Prebiotics — found in whole foods like onions, garlic, and artichokes — can potentially help aid digestion, boost immunity, and promote pH balance in the body, says Rifkin. "If I want to get hydrated, not have a lot of sugar, not have a lot of calories, but also make sure I'm getting my prebiotics in for the day, Poppi is an amazing opportunity," she adds.

The sodas further boost gut health with the help of agave inulin, a prebiotic that amps the drinks' fiber content up to 2 grams per 12-ounce can. If you can't remember your high school health class, fiber — a part of plant foods that your body can't digest or absorb — can help you feel full faster, keep your number twos regular, maintain bowel health, and more, according to the Mayo Clinic. Since women should aim to score 28 grams of fiber daily, per the USDA, drinking a Poppi Classic soda can help you get one step closer to hitting that goal, says Rifkin. Just know that if you're not used to eating a lot of fiber, you'll want to slowly add Poppi into your diet to prevent any potential GI discomfort, suggests Rifkin.

Nutritional composition aside, sipping on a can of Poppi is a stress-free way to stay hydrated throughout the day. And with craveable flavors that taste exactly like traditionalsodas, you'll actually *want* to take swig after swig — no motivational water bottle or "drink H2O" reminders required. 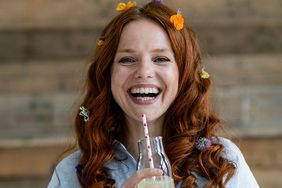 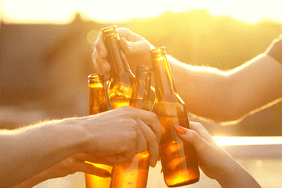 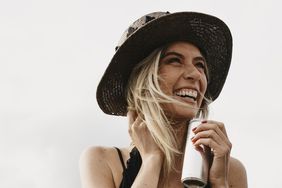 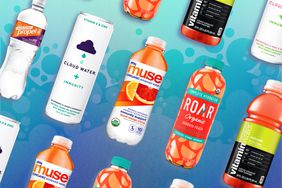 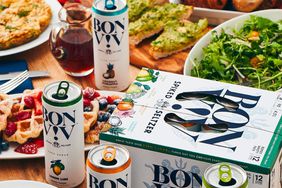 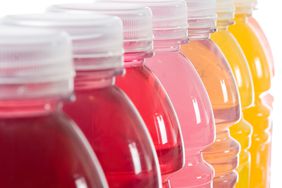