Learn how to love being single by reframing negative thoughts and prioritizing your own happiness.

AnnaMarie Houlis
With a degree in Journalism and Women, Gender & Sexuality Studies from Gettysburg College, AnnaMarie Houlis is a freelance journalist and copywriter who primarily covers travel and women's health (physical, mental, spiritual, and sexual). Before going freelance, AnnaMarie served as a managing editor for DEFY Media and prior to that, as an editorial production coordinator at UrbanDaddy. She's written for a variety of outlets, including Shape, Women's Day, Brides, Country Living, Daily Beast, Cosmopolitan, SheKnows, Gear Patrol, Romper, Bustle, Elite Daily, and more.
Shape's editorial guidelines

Dating can feel a lot like craving an everything bagel but getting onion. You want it all, but instead you're left with the reek of a subpar experience.

There are 126.9 million unmarried American adults, which means that nearly half of U.S. adults are single, according to the U.S. Census Bureau. Still, It's easy to feel like the only one struggling in a ceaseless singledom, especially if most of your friends are coupled up and quick to offer up unsolicited dating advice.

If you've struggled to find the good in single life, changing your outlook might take some work. But rest assured that it's worth the effort, whether you're seeking a relationship or want to remain single for the forseeable future. Here, mental health experts share advice on how to reframe those limiting thoughts — and actually enjoy being single.

Pinpoint negative thoughts you have about being single.

Research suggests that your thoughts can trigger emotions. If you have negative thoughts about being single — maybe you feel like you always get passed over for someone who fits certain beauty standards — they might bring up sadness or anger.

Bringing your awareness to negative thoughts can be beneficial in and of itself, according to Jessica Miller, L.C.S.W., a licensed mental health counselor. "To reframe your ideas, you must first understand what you are thinking," she says. "If reframing your ideas is a new ability, becoming aware is a vital first step. When you experience a powerful sensation, such as worry, in the pit of your stomach, stop and ask yourself, 'What am I thinking right now?' Just start writing. Recognizing it by writing it down can be relieving in and of itself."

You don't need to try to immediately force positive thoughts around being single. "Trying to suppress or replace negative thoughts with positive ones you don't really believe doesn't reduce them; it actually amplifies them," says Jan Newman, Ph.D., a licensed psychologist. "Instead, start with noticing the thought with some distance."

Move away from thinking or speaking in extremes.

When you're taking stock of your thoughts, watch out for exaggerations in particular. "Be on the lookout for all or nothing thinking," says licensed psychologist Linda Baggett, Ph.D., "Every time you use words like always, ever, never, forever, no one, etc., that is likely a fairly extreme thought that is likely exaggerated," she says. "For example, 'Nobody will ever want me.' Nobody, really? You aren't everyone's cup of tea, for sure, and dating is tough as hell, but you have no evidence that nobody will ever want you."

You might start to believe that the extreme thoughts are facts. "[People] can all be so critical of [themselves] with the scripts that [they] play over and over in [their] heads," says Erin Bircher, LCMHC, L.C.A.S., a psychotherapist and the owner of Foundations4Change. "The thing about the scripts that replay in [your] head is that most of them are made up," she says. "They are stories that [you] created, and the scary part is that [you] hear them play out so much that [you] believe them to be true with no concrete evidence…[You] must be extremely careful of the false narratives that we create to be absolute truths with no credibility."

Use self-talk to your advantage.

Self-affirmations can be game-changers, especially in a society that, at times, promotes the message that single people are doing something wrong. While anyone who's struggling should seek cognitive behavior therapy to develop "more adaptive reactions, thoughts, and behaviors," you can get started healing on your own by practicing affirmations that inspire positivity, says Timmons. For example, you can use the affirmations, "I deserve a healthy relationship," "I like that being single gives me time to date myself," "A relationship is not my only goal in life," "I have many sources of love in my life," or "I am lovable."

"I recommend that you play around with affirmations to find words that have meaning for you — because when you can relate to the words you are saying, you are more likely to believe them," explains Timmons. "If you believe it, it will become your narrative — not just something you say to yourself."

For example, if a friend said, "I'm going to be alone forever," or "I'll never find someone who wants me," you might say: "I know this is super tough, and it's not forever. Hang in there and be gentle with yourself. In the meantime, what do you need for support?" says Baggett.

So, say the same to yourself. "Practice pivoting from your distressing thought to offering yourself some compassion," says Baggett. "This side steps whether or not the thought is true or accurate, and skips straight to validating how hard it is to feel what you are feeling right now. It's more productive and prompts you to be gentle with yourself. For example: 'It is really hard to feel hopeless about dating.'"

Become more intentional if you're dating.

Maybe you've decided being single is better, despite any notions that you should feel differently. But if you're seeking out a relationship and feel like you're in a waiting game, it's helpful to become more intentional about dating, says Gaby Balsells, a clinical psychologist and couples therapist.

"Write down a list of your wants, needs, and desires in a partner," says Balsells. "Journal on it. Get really clear." The faster you can recognize what you don't want, the sooner you can look for someone who does match what you're looking for, she adds.

Keep in mind that dating is not a numbers game, says Balsells. "You don't need everyone you date to like you," she explains. "You don't need them all, you just need the right one. Set the intention to have fun with dating." Remember that you can also take breaks from dating to enjoy what you have instead of focusing on what you don't.

Whether or not you're interested in finding a partner, you can make a point to date yourself. Instead of fixating on "finding the one" you'll focus on "becoming the one," says Balsells. "You don't create an extraordinary relationship the moment you find someone," she explains. "You start creating the moment you start a relationship with yourself and fall so in love with your life and nurture it — that's actually what will be attractive and magnetic to a healthy partner." One way to do this is to write down a list of things you love about you — and put the list somewhere you will see it often, she suggests.

Marhya Kelsch, L.C.S.W., owner of Middleway Psychotherapy, recommends joining Meetup and social groups with likeminded people to make connections (not necessarily romantic connections) with other people with common interests. She also encourages her clients to take themselves out once a week while they're single. "Dress up nice, eat something you like, go to a new park — learn what you like and don't like," she says. "Date your city. Pick up the local paper, or read it online. Look at the local events and fairs. Pick something you have never done before, and do it…These tasks involve novelty, which has been shown to improve [your] mood (whether or not [you] enjoyed the activity)." 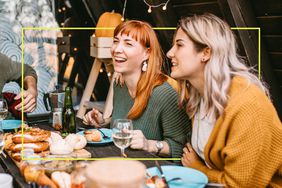 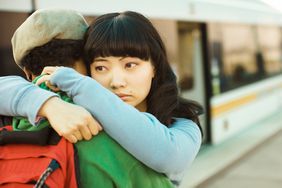 Is Taking a Break In a Relationship Always a Mistake? 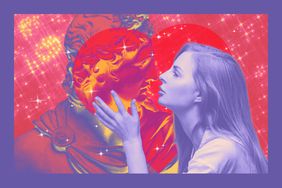 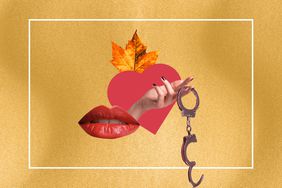 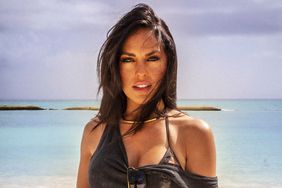