Forget no pain, no gain. Week after week even small changes can snowball into wow results. With consistency these six simple tweaks pack a pretty powerful punch:

Use a teaspoon instead of a tablespoon

From honey in your tea to sneaking a little peanut butter from the jar using a tsp means eating two thirds less, but you won't realize it. When you're eating with a spoon, it's the number of times you bring your hand to your mouth, rather than the amount on the spoon that's likely to satiate you. Eight tablespoon sized dips into a pint of ice cream adds up to 240 calories but eight teaspoon sized dunks equals just 80 calories.

Studies show that getting into a "TV trance" on the couch can cause you to burn fewer calories than sitting and reading. Avoid it by standing up and folding laundry on a table top, doing the dishes or putting together outfits for the week. Just getting off your feet will burn an extra 30-40 calories per hour. Even at 1 hour a day you'll burn almost 15,000 extra calories a year!

Based on an average adult woman's calorie intake, committing to this simple strategy every time you eat is enough to shave off 375 calories a day, which could lead to shedding up to 37 pounds in 1 year's time - think 18 tubs of Crisco.

A few handfuls of potato chips (32 to be exact) pack 300 calories, but an entire bag (about 8 cups, the size of 8 baseballs) of no oil popcorn contains just 220 calories and counts as nearly 3 servings of whole grains, the recommended daily goal.

Gulp two glasses of water before each meal

A new study found that people who followed the same diet but drank two glasses of water before meals ate between 75 and 90 fewer calories at the meal and lost nearly 30% more weight over the course of 12 weeks, 15.5 pounds compared to about 11 pounds. Water has zero calories, may fill you up and its hydrating effects keep your metabolism revved up.

Head to price clubs for items like socks or toothpaste but not for snacks. One study found that when snacks are "stockpiled" the average daily intake jumps by a whopping 92%. For splurge-type snacks, buy single portions, like one fresh cookie or brownie from a bakery rather than a box. Same for ice cream - one 1,000 calorie pint of Ben & Jerry's Cherry Garcia can easily be polished off in one sitting, but an individually wrapped Cherry Garcia novelty bar on a stick is 260. 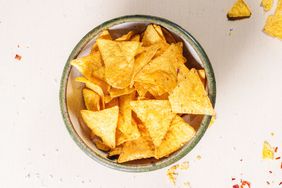 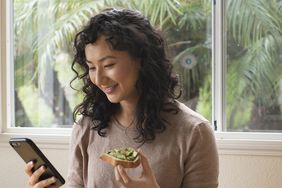 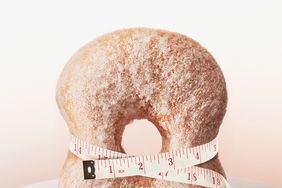 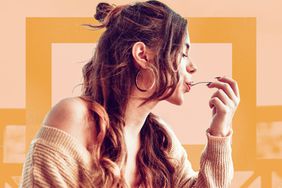 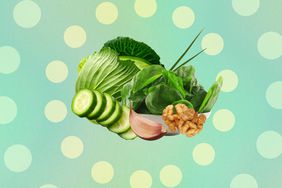