The 78-year-old model and actress is more interested in "age positivity."

Supermodel and actress Lauren Hutton has been in the public eye for decades. She's starred alongside actors such as Richard Gere, landed on the cover of Vogue 27 times, and been the face of major beauty brands, including Revlon and StriVectin. She's currently working with the latter brand as a global ambassador, in part due to its message of pro-aging, she revealed in a recent interview with Byrdie.

"I liked what they wanted to do and how they were shifting the conversation toward age positivity, instead of this idea of 'anti'-aging — which never made much sense to me," she told the publication. "I was really impressed that they were smart enough to speak to women of my generation."

While the 78-year-old star enjoys her share of beauty products, she acknowledges that the industry has "an obsession with youth." In fact, Hutton tested the waters by getting Botox once in the past, according to a 2019 interview with People. But she prefers to steer clear of injectables these days.

"I jumped back when I saw myself because I had an eyebrow that looked like the Wicked Witch," she said at the time. Instead, she seems to prefer embracing her evolving looks. "The wrinkles are going to be there and they really are the badges of your life," Hutton previously told People.

With this in mind, it's no surprise the supermodel-turned-actress has a refreshing perspective on what it means to get older. "If we're lucky, we're all going to get old," she told Byrdie. "I think it's time to realize that anti-aging is an old-fashioned term."

Not only is the concept out of touch, but it might be detrimental to well-being, adds Hutton. "There's a lot of research that shows that our attitudes have so much to do with how we age," she explained. "So, instead of worrying about this wrinkle or that spot, we should all be focused on taking good care of our skin and ourselves, and the industry can help shift that conversation for the future."

She's not wrong. People who have a positive attitude about aging tend to live longer and healthier lives than those who feel poorly about getting old, according to a study published in February 2022.

So, how does Hutton maintain a positive attitude? She named a few things that keep her grounded in her recent Byrdie interview that just might help. She enjoys spending time outside, ideally with no light pollution, so she can look at the stars in the evening. "Hanging with my friends, cooking and eating, good movies, calling my three younger sisters, and laughing" also made the list. 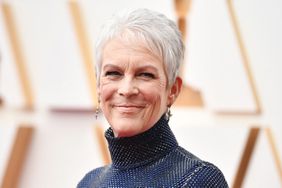 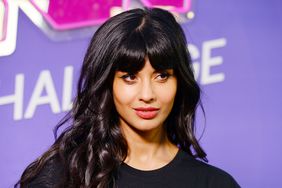