Getting Botox for Migraines Changed My Life

I was hesitant to try to injections at first, but the results speak for themselves.

I have always been susceptible to headaches. The pressure changes with an incoming storm? I get a headache. A few tears shed because of an emotional commercial? Headache. I don't drink my usual amount of water every day? Headache by the time the evening rolls around. I'm just a headache person and, in the last five or six years, those headaches have become unmanageable thanks to stress and an onslaught of migraines that have started coming far more frequently than they ever did in my 20s. (

How to Tell the Difference Between a Headache vs. Migraine

For most of my adult life I've been popping Advil or Aleve like it's candy, hoping to put an end to the headaches. I've tried painkillers specific for migraines and tension headaches, and felt only small relief. I knew my pain wasn't uncommon: 39,000,000 people suffer from migraines across the U.S., and research has ranked migraines as the seventh most debilitating disease in the world. But while these statistics, along with friends who also suffered from severe headaches, provided solace, they've done nothing to remedy my own problem.

After an appointment with a neurologist that resulted in a scan that showed nothing extreme (such as a tumor or another disorder) was to blame, I resolved to monitor what I ate and drank in a final attempt to limit headache triggers. I was desperate for a resolution.

During lunch with a friend when I refused a glass of wine, explaining my reason for doing so (alcohol is a common trigger for both headaches and migraines), she suggested Botox for migraines. "Look at my forehead," she said pointing to the space between her eyebrows. "I can't move it no matter how hard I try, which also means I can't move it when I'm stressed out — my perma-scowl is now gone and, with it, my headaches."

Although Botox was always on my list of something I'd get in time for wrinkle reasons, I wasn't sure if I was ready to take that step. But when I asked my doctor about using Botox injections for migraines, she confirmed that it was definitely something worth trying, so I sidelined any irrational need to "hold off until I was 40-something." I made an appointment at a "cosmetic and aesthetic treatment spa," as it was called, and prepared to have my head pumped so full of botulinum that I could throw all my ibuprofen in the trash. (

"The reason that Botox works for migraines goes back to why it works helps reduce the wrinkles on your face," says Tracey Robinson, A.P.N., a women's health nurse practitioners and lead aesthetician at Garza Plastic Surgery. "The main ingredient in Botox is a neurotoxin that stops your nerves from receiving signals from your brain and stops your muscles from contracting."

In layman's terms, when the Botox is administered, it prevents the facial muscles from scrunching up which many of us do without even thinking about it, explains Robinson. Hell, I even find myself contorting my facial muscles while trying to sleep — something that would come to an end with Botox. There's nothing worse than waking up feeling like you have a hangover headache when you stayed in with nothing more than Netflix the night before.

"Women disproportionately are affected by migraines, and more women than men are having Botox at my practice," explains cosmetic dermatologist Michele Green M.D. "Botox for migraines is injected in the same area as Botox for the forehead and glabella area [between the eyebrows]. The Botox injections relieve tension in this area and [help] prevent migraines. In addition, Botox is injected into the base of the skull, or the neck, where tension [can] occur. Since Botox for migraines can have much the same effect as cosmetic Botox, it is important to go to an experienced board-certified physician to have the best cosmetic and therapeutic results."

During my first consultation, I explained to the aesthetician that while I mostly wanted to put my agony to bed for good, I wasn't above dulling the crease between my brows while we were at it. By the way she looked at me, I could tell I wasn't the first person to walk into her office with some sob story about headaches, thinly veiling their true intent. So, I reassured her (as if she cared either way): "Seriously," I said. "My headaches are debilitating — also I hate the aforementioned crease." (

She had me do a couple of face scrunches, marked my forehead with a washable marker, then pulled out the syringe. While the Botox injections for migraines made me tear up a little, they felt more like annoying little pricks than anything painful. The aesthetician explained it would take about a week for the Botox to settle in and reach its peak efficacy. Less than 10 minutes later, I was out the door, excited to (finally ... hopefully) be pain-free.

Roughly a week later, while looking in the mirror, I saw that I couldn't scowl as easily I used to — nor could I scrunch my forehead as I tend to do when staring at my computer or out the window. While I still had headaches at this time, they were entirely gone as quickly as the following week! I couldn't believe it. To have suffered so long with something that could so easily be fixed with a few injections made me feel like I had wasted so much time — years if I'm being honest — in bed nursing migraines and headaches that were eliminated within weeks. While it should be noted that Botox, whether for aesthetics of migraines, can result in side effects in some people, that percentage is just three to 10 percent, according to research. Luckily, I'm in the majority that didn't have any adverse effects, so you could say that I was officially sold on using Botox for migraines.

Here's the plain truth: Botox changed my life. There's a statement I never thought I'd say, but it's true. I'm finally living a life where I wake up feeling hungover only if I'm actually recovering from partying. I no longer have to work most of the week in sunglasses, hoping to decrease the headache pain enough to avoid vomiting. I don't have to back out of social events, blaming a headache. Although there are people in my life — my father, in particular — who deduce this radical transformation is just the placebo effect, if that's the case, then give me the placebo! All I know is that I lived the majority of my life suffering from headaches and excruciating migraines, and now they're gone. Now, every three to four months I get another round of Botox injections to keep the painful headaches at bay. It's not complicated, and I'll never go back to popping ibuprofen like Tic Tacs again. I finally know what it means to feel relief. 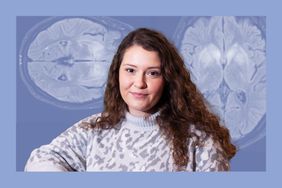 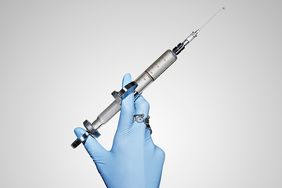 I Got Botox In My Jaw for Stress Relief 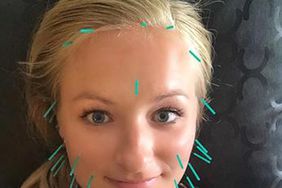 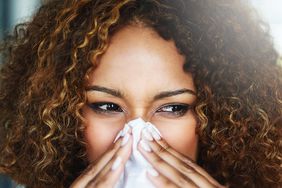 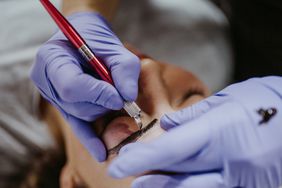 These Microblading Gone Wrong Tales Will Have You Clutching Your Brows