Have a bit of gray hair at 20? No need to panic — it's actually totally normal to sprout gray strands when you're young.

It's a reality that everyone starts sprouting grays as they get older, but getting gray hair at 20 might sound like cause for concern. The good thing is, you're not alone — there are many reasons you might be sprouting some gray or white hair when you're young. It's not too unusual to see a few whites in your 20s, says Doris Day, M.D., a board-certified dermatologist and clinical associate professor of dermatology at New York University.

Below, find out what causes hair to lose its color, what causes gray hair in your 20s, and if there's anything you can do to slow it down, according to Dr. Day.

The pigment that gives your hair (and skin) its color is called melanin, and it gets released as the hair grows, explains Dr. Day. As you age, though, melanin stops forming and hair begins losing its color. First, it starts turning gray, then eventually turns white when melanin production stops completely.

This often has to do with the way people age, which can happen in one of two ways: intrinsically and extrinsically, notes Dr. Day. Intrinsic aging has to do with your genes, so if your mom and dad were silver foxes at a younger age, that can be part of what causes your gray hair at 20. That said, if you're going gray earlier than the rest of your family, there's a chance some extrinsic, lifestyle factors are coming into play, such as exposure to sunlight and smoking.

Even though the reasons for getting gray hair in your 20s are highly variable, certain factors can speed the process and explain why you're seeing some sprouting.

Yep, that nasty smoking habit really can be aging you: While smoking can't cause hair to gray, it can definitely speed up the inevitable. Smoking is toxic to every organ in the body, including the skin on your body and scalp, says Dr. Day. "It deprives the skin of oxygen and may increase free radicals [toxic byproducts of oxygen that can cause significant damage to living cells] which can ultimately affect your hair by accelerating stress and aging of the follicles," she explains.

To support Dr. Day's point, research has also pointed to an association between smoking cigarettes and developing gray hair before the age of 30.

Stress or a life trauma might also be causing you to get some grays. Like smoking, stress isn't a direct cause but an accelerator of everything that ages a person. "For some people, depending on their genetics, their first sign of aging is through their hair, so those people are definitely going to see their hair turning white and even thinning," says Dr. Day.

There's a whole cascade of events that happen that can cause hair to gray because of stress, most of which have to do with changes in cortisol, aka "the stress hormone," explains Dr. Day. When cortisol levels are high, it can affect and accelerate aging of the follicle, which can eventually cause hair to gray, she adds.

An autoimmune disease such as alopecia areata causes your immune system to attack your hair follicles and prevent them from growing, and "sometimes, in rare conditions, when the hair grows back, it grows back white," says Dr. Day. No need to stress too much, as this only happens in rare cases. (

Vitamin B-12 deficiencies caused by autoimmune diseases such as autoimmune thyroiditis (aka Hashimoto's disease) have also been linked to premature graying. But there isn't enough research to prove a clear cause and effect, notes Dr. Day.

So, What Can You Do?

If you want to get rid of your decolored strands, the best course of action is to camouflage them — whether that's getting highlights or an all-over color. Plucking them, however, leads to a whole other set of problems. "I wouldn't pluck them out because there's a chance they might not grow back. And since you're only going to get more, there's only so much you can pluck," says Dr. Day. And let's be real, anyone would take gray hair over bald spots any day.

There is no scientifically proven way to reverse graying hair. "People freak out about hair going gray because it makes them feel their mortality," says Dr. Day. But the best thing to do if it's happening to you prematurely is really just to embrace it. "Going gray is a gradual process — an opportunity to play. I always believe there is a way to look at it in a positive light. Just be thankful that you have hair that turns gray in the first place," she says. Amen. (

That said, there are a lot of preventative measures you can take to stop more gray hair from popping up. "The body, especially the skin and hair, has a great ability to recover and regenerate. Quitting smoking, for instance, does get you at least partway back to your normal path of aging," says Dr. Day. On top of that, making healthier lifestyle choices overall, and focusing on de-stressing can help slow down the aging process and keep you from prematurely reaching silver fox status. 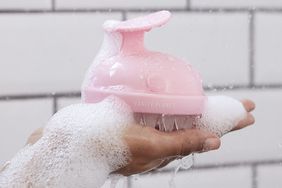 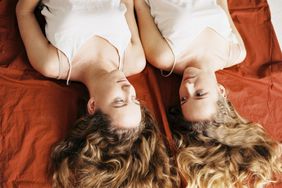 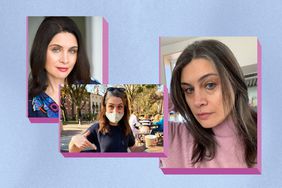 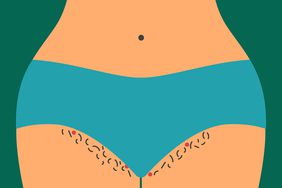 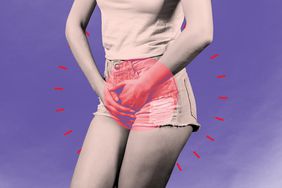 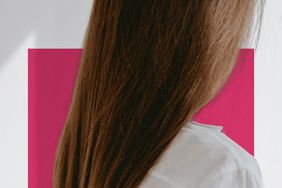 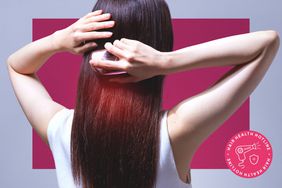 Dark Armpit Causes and Treatments, According to Dermatologists 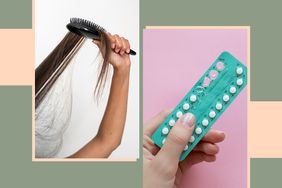