These women-led brands are on a mission to provide skin-care tailored to the specific needs of post-menopausal women and destigmatize aging — because living a long, full life should be celebrated.

Lauren Mechling
Lauren Mechling has written for The New York Times, The Wall Street Journal, Slate, The New Yorker online, and Vogue, where she wrote a regular book column. She's worked as a crime reporter and metro columnist for The New York Sun, a young adult novelist, and a features editor at The Wall Street Journal. A graduate of Harvard College, she lives in Brooklyn with her husband and two children. She is currently a senior editor at The Guardian US. Her first novel is How Could She. Her next novel, The Memo, co-written with Rachel Dodes, will be published in 2024.
Shape's editorial guidelines

You probably remember "the talk." Whether it was your mother, an older sister, or a worldly friend, somebody likely sat you down and explained to you the miracle of puberty, and the changes were in store. It's a different story when it comes to what lies in wait at the other end of a woman's reproductive window. Even in the age of too much information, nobody (nobody I know, anyway) is talking about menopause, a phase of life that is no less steeped with meaning than adolescence.

One of the lesser known but most astonishing changes that occurs when a woman stops menstruating has nothing to do with the hot flashes or brain fog that may ring bells. One of the greatest transformations that occurs is in a woman's skin. A decrease in estrogen levels leads to a vast reduction in the body's production of collagen, the protein that is one of the main building blocks of skin. In your 20s and 30s, your body's collagen production drops on average 2 percent per year. In the first five years of menopause, though, your skin loses about 30 percent of its collagen. "In a five-year window, you might age faster than you will in your entire life," is how Liz Folce, vice president and global brand ambassador of Greek skincare line Korres, puts it.

At last, though, a platoon of companies — many of them start-ups run by savvy women entrepreneurs — are coming out with products and "cosmeceuticals" (cosmetics that treat skin issues) engineered for women of this specific life stage. There are a few compelling reasons that so many brands are finally getting in on the act. Not only do women over the age of 40 have a specific set of needs, but they also have serious spending power; by 2025, 1.1 billion women are expected to have hit menopause, creating a space that is worth $600 billion, according to data from early-stage investing firm Female Founders Fund.

U.K. marketing agency SuperHuman ran a study of more than 500 women age 40 and over, and the findings were stunning: 59 percent of respondents said they felt as vibrant and young as ever, and 80 percent felt that society's assumptions about middle age do not represent how they live their lives. According to a new report released by the AARP, women of the Gen X generation (ages 39-54) typically use six products a day and spend $42 a month on beauty, while Boomer women (ages 55-73) use five products and spend $30 per month.

And yet, thanks to the persistent and pervasive dream of eternal youth, we have hard time even saying let alone embracing the word "menopause." Go on Sephora's website and you'll find categories for Dullness, Clean Beauty, Stress, Acne, and on. Anti-Aging gets a namecheck. But Menopause products, those primarily designed to address a woman's skin's response to hormonal changes — as opposed to the anti-aging arsenal's primary concerns of sun damage and pollution? We're not there just yet. (

Still, that marketplace mentality is slowly changing. The most recent entrant is Womaness, a thoughtful and stylish line of 13 products about to hit the shelves at Target. Founders Sally Mueller and Michelle Jacobs built their brand around their sunny concept of "menopositivity," and there's nothing dreary about the plum and cerise packaging (think: Glossier's older half-sister) or the product names (Me No Pause supplements and Let's Neck neck and décolletage serum, to name a couple). The line includes a set of moisturizers (a rich night cream and a body cream formulated to tighten crepey skin), brightening patches for under-eye regions, as well as an eye cream that comes with a cooling metal applicator that I thought I'd lost until I discovered that my sleep-deprived husband had stolen and stashed in his own medicine cabinet. (

The Best Eye Creams, According to Dermatologists

The line isn't just about treating a massive yet long overlooked segment of women with the dignity of bringing them cute and affordable goods; it's also using science in their favor. HyaClear 7, an ingredient that contains several weights of hyaluronic acid (HA), a hydrating holy grail of youthful-looking skin (and considered the mortar to collagen's "bricks"), is a key ingredient in several of its formulations, including those of its neck, eye, body, and face creams.HA is also the cornerstone of menopausal upstart Caire Beauty, whose line is packed with the substance as well as growth peptides that trigger the body's own HA and collagen production.

Womaness, which has been in development since 2019, is the result of a non-stop bonanza of focus groups, scientist-led product development, and graphic design that elevates the products off the "dusty shelf" as the founders refer to the place in the drugstore where one might be used to finding lotions and supplements aimed at women who've lived a little (or a lot). Mueller, who is in her 50s, was struggling with mysterious ailments when her doctor told her that her aches and dry skin were, in fact, symptoms of menopause. "I didn't even know that they were all tied together," she recalls. "My doctor recommended that I buy these products and I looked at them and I thought, 'I'm never buying any of these.'" She recalls how little she related to the blah designs and cheesy branding of the lotions and supplements stocked on her drugstore's feminine-care shelf. "Their horrible names don't speak to me,'" she says. "That was really my moment of saying, 'Why am I not disrupting this space for women like me?'"

Korres is another leader offering products specifically for women who've stopped menstruating. Folce, a brand ambassador (and perky on air personality, regularly seen selling the merchandise on QVC), was integral in developing the Meno-Reverse line, alongside the University of Athens's pharmacy and biology departments. "I interview tons of dermatologists and gynecologists and none of them talk about what happens to your skin when you hit menopause," she says. "All of a sudden, you wake up, and you see your mother." The central ingredient of the line, launched one year ago, derives from a white pine tree found in northern Greece. The substance was clinically proven to enhance elasticity and reduce the appearance of fine lines.

After running focus groups with women who were feeling underserved and disappointed with favorite products that seemed to have suddenly stopped working, Folce and her team realized was that the products didn't need to work harder — they needed an entirely new arsenal. The hero product of the line is the White Pine Meno-Reverse Restorative Overnight Facial (Buy It, $68, korres.com), a skin-plumping cream that functions as a turbocharged serum and moisturizer. Most recently, they came out with a neck serum packaged in a tube whose wide roller ball applicator delivers an instant massage. (Read: Why, Yes, You Do Need a Neck Cream)

Today's ever crowding menopause-specific beauty cabinet also includes Pause Well-Aging's collagen-boosting moisturizer (Buy It, $72, amazon.com) and State Of's lightweight moisturizer (Buy It, $32, stateofmenopause.com), which is designed not to coagulate in case you start to sweat. Also Empenelle's night cream (Buy It, $195, amazon.com), a non-hormonal formula aimed at estrogen-deficient skin; the formula was created for women who don't want to mess around with hormone therapy but who lament the havoc that their hormonal changes are wreaking on their menopause-affected complexion (aka "EDS," or estrogen-deficient skin). Meanwhile, Trinny London, the age-inclusive makeup line of fifty-something British style fixture Trinny Woodall, is almost entirely comprised of cream-based products, which suit more mature (read: dry) skin. "Cream based makeup doesn't sit in the creases," says Woodall, who encourages women to reconsider whatever it was that used to serve them well and to embrace a new product lineup for a new stage of life.

Hormonal changes are the raison d'être of start-up Caire Beauty, founded by friends and former colleagues (and beauty world veterans) Celeste Lee and Lorrie King. Their super-curated (we're talking two products only) label of "age-empowering" skincare consists of Theorem Serum Boost (Buy It, $56, cairebeauty.com), a pleasingly dense hyaluronic acid–packed serum, and Triple Molecule Mask (Buy It, $42, cairebeauty.com) a moisture-locking mask with an egg-white texture that, when dry, transforms into something so smooth it's almost frightening. This pair is the one-two punch that food world celebrity (and King's former classmate from Howard University) Carla Hall swears by, as she told dozens of attendees on a recent Zoom. While Hall held court, guests chimed in on the chat, their relief at having a forum in which to openly discuss an erstwhile taboo topic palpable.

The company's coral logo was designed to harken back to the 1970s, the time when their core customer base was growing up. "We want to bring confidence back to women," says Lee, whose quick wit and robust laugh make being 50-something look good. "Why are we always wanting to be 30?"

When the duo behind Womaness call themselves disruptors, they're not just talking about the marketplace. In addition to bringing high-quality, affordable, and much-needed products to market, Jacobs and Mueller, are ushering in a new age of demystification. Their brand's Instagram presence manages to be chatty and chic, and they've instituted "Welcome to the After Party," a private Facebook group called where women can compare notes on life's second act.

The biggest takeaway: It's not so bad, this time of life when many women who'd been consumed with child rearing or grinding away at building their careers can gift themselves the time and space necessary to allow their friendships and personal aspirations to flourish.

"That's the other side of the coin," says Jacobs. "It's this huge time of creativity and productivity for a lot of women. We've met some amazing women who have found this time to be the best time of their life." 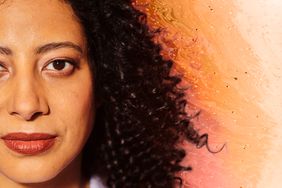 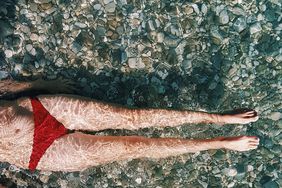 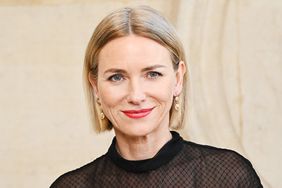 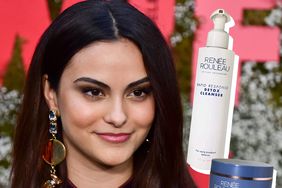 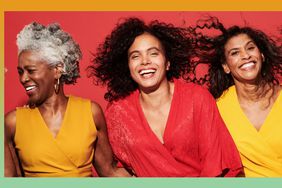 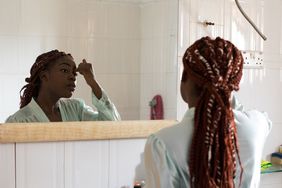 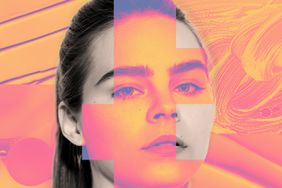 These Custom Skin-Care Brands Will Help You Tailor Your Routine