Under-eye filler can help level out hollows under the eyes, reducing dark circles in the process.

Mika Robinson is a New York City-based lifestyle and beauty writer with a healthy addiction to lattes and long walks down Sephora aisles. When she's not blogging on astoldbymika.com or creating content for the 'gram, she's writing for some of your favorite brands.

Whether you've pulled an all-nighter to meet a tight deadline or slept poorly after endless cocktails at happy hour, chances are you've fallen victim to dark under-eye circles. While tiredness is a common cause for acute dark circles, there are other culprits — such as skin thinning with aging that allows blood vessels and veins to show through — that can all prompt unsolicited "you look exhausted" remarks. When no amount of concealer can mask your semi-permanent dark circles, you can always hop on the dark circle trend and play them up. But if you're not a fan of looking zombie-like, you may consider other avenues such as under-eye filler.

Depending on the cause of your dark circles, even the most expensive topical under-eye products on the market may not give you the results you're hoping after, which is where dermal fillers come in. The minimally invasive treatment helps restore volume loss under the eyes, correcting the hollowness that can expose dark circles. Years before #UnderEyeFiller garnered more than 17 million views on TikTok, folks started turning to the treatment to get quick results that require no downtime. And the popularity of the in-office procedure doesn't seem to be slowing down: Under-eye filler was one of the top cosmetic treatments of 2020, according to The Aesthetic Society.

Whether you've considered trying it after seeing an under-eye filler before and after, or are just curious about whether the injectable treatment is right for you, here's a breakdown of everything you need to know before booking an appointment for under-eye filler. (

What is under-eye filler, exactly?

As mentioned, under-eye filler is a minimally invasive, injectable treatment that helps fill in hollowness under your eyes, a major cause of dark circles. It's also known as tear trough filler, with "tear trough" (as in the "tear" that you cry, not "tear" a piece of paper) referring to the region beneath the eye sockets where tears collects. For the under-eye area, injectors typically use fillers made of hyaluronic acid, a naturally occurring sugar in the body. Hyaluronic acid adds volume, causing the skin to appear fuller and more supple. It's also gradually absorbed by the body over the course of about six months, according to Konstantin Vasyukevich, M.D., a plastic surgeon at New York Facial Plastic Surgery. This means the effects are temporary, and they wear off rather than requiring removal of the filler. (However, you can have the filler dissolved if you want it gone right away — more on that later.)

While under-eye filler can be helpful for those looking to hide dark circles, it can also be helpful at encouraging a more youthful look in the absence of dark circles. As mentioned, you may experience volume loss in the face as you age, but you could also have a natural puffiness under your eyes that's hereditary rather than a result of aging. Strategically placed filler can help in either scenario.

Who is under-eye filler right for?

Under-eye dark circles have various potential causes — including genetics and even allergies! — so make sure to talk to the right pro or your doc to ensure you know what you're up against first.

You should start by seeing a "medical professional for a proper assessment to determine if there is volume depletion vs. fat pad herniation [fat protrusion causing puffiness and under-eye bulge] as well as the cause of the dark circles whether hereditary, superficial veins, hyperpigmentation, or allergies," says anesthesiologist Azza Halim, M.D., of Azza MD. Puffiness resulting from allergies, genetics, or environmental factors can be camouflaged with dermal fillers, says Dr. Halim. "If it is the result of fat pad herniation then fillers can make the appearance worse and lead to edema [swelling] by pulling fluid to the surrounding area. Therefore those individuals would not be ideal candidates," explains Dr. Halim. (

What is the best under-eye filler?

By and large, hyaluronic acid is the go-to type of filler for under-eye use, though some injectors can use other types of filler, says Dr. Vasyukevich. These include poly-l-lactic acid fillers, which stimulate the body's natural collagen production and offer longer-lasting results, as well as calcium hydroxyapatite fillers, which are the longest-lasting and thickest of the types of fillers, he says. But longer-lasting doesn't necessarily mean better.

Generally speaking, a thin and pliable filler such as Belotero or Volbella (two brands of hyaluronic acid injectables) are the best options as they offer natural results when placed under the eyes, says Dr. Vasyukevich.

"Using [thinner filler] helps to avoid lumps under the eyes that were commonly seen when thicker and firmer fillers were used," he explains. "In addition, many thicker fillers could become visible and appear as a light blue patch when injected too close to the surface of the skin, which is called the Tyndall effect." Superfast history lesson: The Tyndall effect is named after Irish physicist John Tyndall who first described how light becomes scattered by particles in its path. As it applies to aesthetic treatments, hyaluronic acid can scatter blue light more strongly than red light, contributing to that visible bluish tint when it's injected too superficially.

While Restylane and Juvederm are two of the hyaluronic acid-based fillers commonly used under the eyes, Dr. Halim counts Belotero as a personal favorite for its minimal tendency to retain water (and thus contribute to swelling) around the delicate eye area. It's worth mentioning that while many uses for dermal fillers are FDA-Approved (e.g. for the lips, cheeks, and chin), the use under the eyes is not approved by the FDA. However, this "off-label use" is an extremely common practice and generally considered safe when performed by a certified injector. (

Are there side effects or potential risks of under-eye fillers?

As with any cosmetic treatment, under-eye filler comes with some potential risks. Side effects of under-eye filler can include temporary swelling and bruising, and bluish skin discoloration (the aforementioned Tyndall effect), according to Peter Lee, M.D., F.A.C.S, plastic surgeon and founder of Los Angeles WAVE Plastic Surgery. Dr. Lee also points out that incorrect placement of the product could cause central retinal artery occlusion (CRAO), a blockage of a blood vessel that carries blood to the eye which can lead to blindness, though that complication is rare.

To minimize risks, make sure you're visiting a licensed professional for the procedure. Any medical professional trained in aesthetic procedures and dermal fillers (including physicians and nurses) can safely administer under-eye filler, says Dr. Lee. Be sure to do your due diligence to check on your prospective injector's credentials before moving forward with the treatment.

Undesired results from hyaluronic acid filler can be reversed with a hyaluronidase injection (which may cause swelling for 2-3 days), but it's best to avoid overfilling in the first place, notes Dr. Lee. Poor injection technique can lead to lumps and unnatural-looking contours under the eye, he says.

How much does under-eye filler cost, and how long does it last?

You can expect to pay anywhere from $650-$1,200 for under-eye filler, depending on who you go to for the non-surgical procedure, according to Dr. Halim. About one vial or 1 ml is typically enough to tackle both under-eyes, says cosmetic surgeon Thomas Su, M.D., of ArtLipo Plastic Surgery. Though paying a few hundred dollars may seem like a bit much to tackle such a minor detail, the results typically last from six months to a year. (

The Eye Gel That Helped Majorly Lighten My Dark Circles

Concealer and under-eye creams both have their place when it comes to encouraging a bright-eyed look. But if you're hoping for something that can be even more powerful and will last for many months, an under-eye filler is an option you might want to consider. 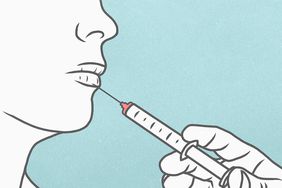 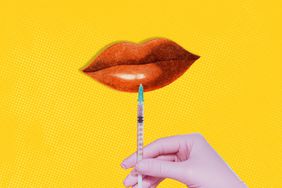 Everything You Need to Know About Dissolving Lip Filler 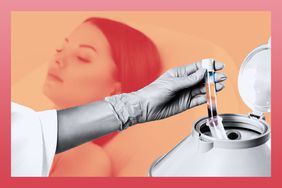 Is PRF Really a New and Improved PRP Injection? 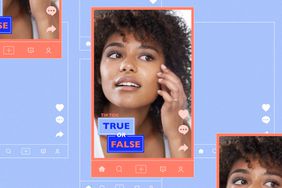 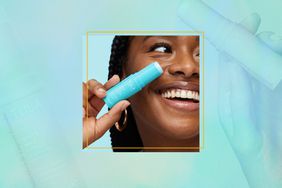 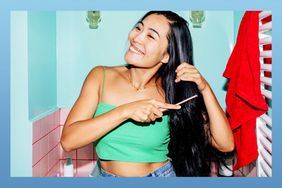 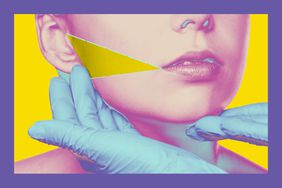