We chatted with the designer about her new fitness collection, her favorite workouts, and "what even is athleisure?"

Today marks the official launch of Tory Sport-the performance activewear line from Tory Burch, which includes clothing, bags, shoes, and accessories for running, studio, tennis, golf, and swim, as well as pieces for all your to-and-from workout needs. While the design is everything you'd expect from the Forbes-estimated $3 billion retail empire, don't expect pieces that merely look good. From the rashguards to the tennis dresses to neoprene coats and skirts, each item is designed with performance first.

We stopped by the country club-influenced New York City pop-up shop for a sneak peek of the line (available now exclusively at torysport.com) and to chat with the designer herself about what inspired her to branch into activewear, how she stays fit (hint: she's a big fan of paddleboard yoga), and what makes her line different from all the other athleisure lines you've seen hitting the market. Oh, and first thing's first: She hates the word athleisure.

Shape: What was the catalyst for creating Tory Sport? Did you see a gap in the market you were looking to fill?

Tory Burch (TB): Yes, about eight years ago. This is something I've wanted to do for a long time and I've really been working on it for the past almost three years. For me, it was just something I personally was missing. I kept going back to the clothing I've had since high school and college, and I just felt there was a need to have a little more classic but preppy, easier clothing, without so much going on. And I wanted the function to be a given, not necessarily a design detail. So it's super functional but it's not so obvious.

Shape: What was your design inspiration for the collection?

TB: The movie I had in mind as my inspiration for the collection was The Royal Tenenbaums-I wanted it to be retro but modern, with a kind of '70s vibe and that's something that will probably continue. When I went into the market, it just seemed like there was a lot of the same-very fluorescent! We have a different perspective on color and print.

Shape: How did you ensure your pieces would have the necessary performance power and not just great aesthetics?

TB: The objective was to figure out how to really combine function and style. I've surrounded myself with a great team that really knows the technical functions of fabric. A lot of our team was trained at incredible sports companies [including former Adidas designers] and we also partnered with companies, like Coolmax, to come up with a yarn that was lightweight and would have wicking properties. The team did such an extraordinary job with the quality and that's something I'm really proud of. I think that's one of the reasons it took us so long. One of the directives I gave when we first started was that I wanted performance fabrics that feel like cotton, and that was very hard! It's also about longevity. I washed the fabrics for over a year. We had real people testing the fabrics who know what they're doing better than I do-but it's something I felt strongly about. I don't like when things get worn quickly and lose structure. I feel like I am the customer as well, so I want to look at it from that perspective. I had my stepdaughters and my entire office wearing it!

Shape: Everyone is trying 'athleisure' these days. What makes your take different?

TB: I'm not even sure what athleisure is. We call it 'coming & going' and performance wear...what does athleisure mean? Our goal was to really combine style and performance. Our 'coming & going' group is about the way women are dressing today. They're a little more casual, but they're busy. You can go to yoga class and then pull on this skirt and then go out to lunch and it's great looking and comfortable. It's about comfort and fit, but also real performance for running, yoga, tennis, and golf.

Shape: You've been described as a jock. Do you think that's an accurate description? You grew up playing tennis and still play. What other kinds of workouts are part of your routine?

TB: I think so. I grew up with three brothers and was only interested in sports until I was about 18. I barely put on a dress for a very long time [laughs]. I love running, and also yoga, spinning, paddleboard. Paddleboard yoga is really challenging! I sort of do it all. My sons play lacrosse so I'll throw the ball with them. I have three boys so I have to be a bit of a jock!

Shape: How do you fit working out into your insane schedule?

TB: I have to either work out at 6 a.m. or it doesn't happen. Sometimes it's like, "OK, should I lie in bed with my kids or go work out?" It doesn't always happen, but I work out about four times a week.

Shape: What's next for Tory Sport?

TB:I want to really learn more about the business and see what's resonating with our customer. This is clearly a different aesthetic from our main line. It's a very separate brand, and that's why we did a different logo and different branding, and it won't be sold in the same stores. It's also definitely giving a younger customer a lot more opening price points as well. We're going to keep it small for a while, it's very e-commerce driven. We'll have this pop-up shop and then a flagship store opening on 20th St. and Fifth Ave. in New York City in March and see where it goes! There's no grand plan.

This interview has been edited and condensed for clarity. 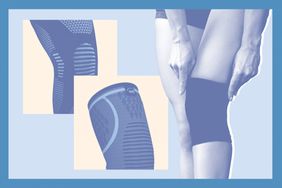 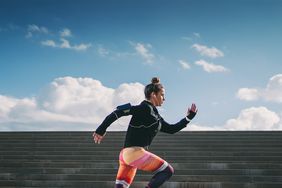 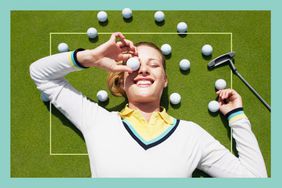 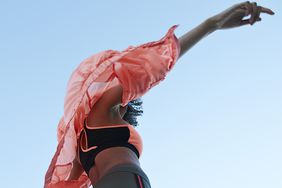 The Best Workout Leggings for Women, According to Fitness Pros and Reviewers 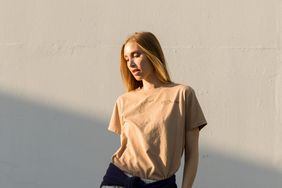 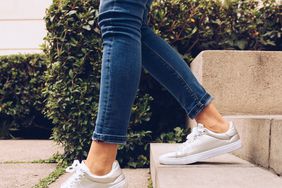 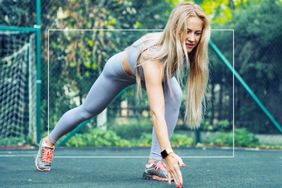 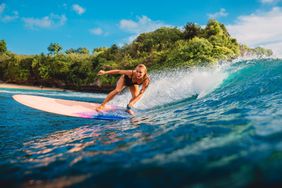 The Best Surfing Swimsuits That Stand Up Against the Waves 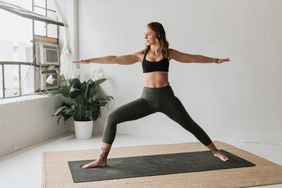 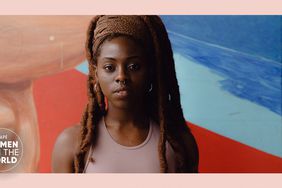 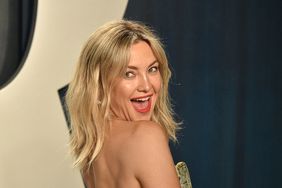 Kate Hudson Is Launching a Line of Holistic Nutritional Supplements 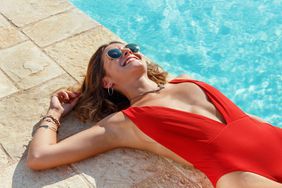 22 Cute One-Piece Swimsuits That Will Replace Your Tired Bikini