The new packaging will be available worldwide by February 2020.

From Thinx underwear to LunaPads boxer briefs, menstrual product companies are beginning to cater to a more gender-neutral market. The latest brand to join the movement? Always pads.

You may (or may not) have noticed that certain Always wrappers and boxes don a Venus symbol (♀)—an astrological symbol that, historically, nods to the goddess Venus and all things female-oriented. Well, starting in December, that symbol will be removed from all Always packaging, according to NBC News.

While the reason behind this change isn't totally clear, one thing is certain: Always has been extremely receptive to feedback from transgender and non-binary activists, many of whom have said the Procter & Gamble-owned company's use of the Venus symbol makes certain customers feel excluded, including transgender men and non-binary people who menstruate. (

For example, earlier this year LGBTQ activist Ben Saunders reportedly asked Always to change its packaging to be more inclusive, according to CBS News. Trans activist Melly Bloom also reportedly questioned the menstrual product brand on Twitter, asking why it was "imperative" to have the Venus symbol on its packaging, per NBC News. "There are non-binary and trans folks who still need to use your products too you know!" Bloom reportedly tweeted.

More recently, Twitter user @phiddies reached out to the brand to express how the Venus symbol might affect transgender men who menstruate.

"hi @Always i understand that you guys love girl positivity but please understand that there are trans men that get periods, and if you could please do something about the ♀️ symbol on your pad packaging, i'd be happy. i'd hate to have any trans males feel dysphoric," they wrote.

Always responded to the tweet almost immediately, writing: "Your heartfelt words are appreciated, and we're sharing this with our Always team. Thank you for taking a moment to share your preferences!"

Now, Always is aiming to roll out a completely new design worldwide by February 2020.

"For over 35 years, Always has championed girls and women, and we will continue to do so," a representative from the Procter & Gamble media relations team told NBC News in an email earlier this week. "[But] we're also committed to diversity and inclusion and are on a continual journey to understand the needs of all of our consumers."

Always' parent company went on to explain that it routinely assesses its products, as well as its packaging and designs, to make sure the company is hearing and considering all consumer feedback. "The change to our pad wrapper design is consistent with that practice," Procter & Gamble told NBC News. (

Once the change made headlines, people took to social media to applaud the brand and celebrate this step toward inclusivity.

Always isn't the only menstrual care brand moving in a more progressive direction. Thinx recently featured Sawyer DeVuyst, a transgender man, in an ad campaign, giving him a platform to speak openly about the experience of being a trans man who menstruates.

The more menstrual care companies start producing and marketing gender-neutral products, the more this conversation can continue, allowing people like DeVuyst to feel comfortable in their own bodies.

"A product like Thinx really makes people feel secure," he said in the ad campaign. "And that's regardless if you're a woman or a trans man, or a non-binary person who gets their period." 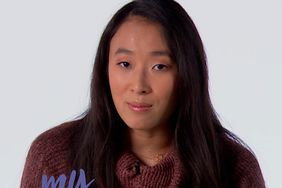 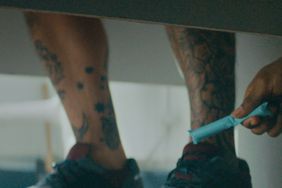 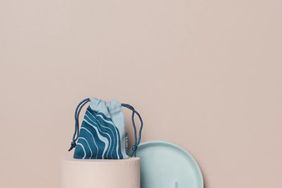 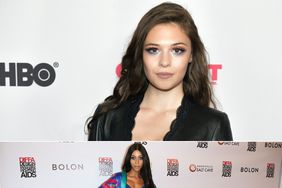