Here's what you can expect during the sun's annual trip through the magnetic, transformation-seeking sign.

Annually, from approximately October 23 and November 21, the sun moves through the eighth sign of the zodiac, Scorpio, the fixed water sign that's all about swimming in the deep end of emotion while aiming to cultivate intimacy, power, and control.

Throughout the Scorpion's season, no matter what sign you were born under, you could be feeling more private — it's one of the water sign's most notorious traits — but open to being vulnerable with your VIPs in an effort to take your bond to the next level. This astrological moment can also have you striving to be the one who's calling the shots in any given situation.

The magnetic, witchy, family-oriented water sign is also exceptionally comfortable with the darker side of life as they see it as the key to fulfilling transformation, which is no surprise given the fact that its co-ruled by go-getter Mars and powerful Pluto.

But while the sun moves through Scorpio every year, the moon and planets move at different paces and patterns in our solar system, so you can expect a unique experience during every sign's season. Here's a glimpse at Scorpio season 2021.

As the fixed water sign, Scorpionic energy is all about digging your heels in. When it comes to committing to something and seeing it through, this can be a winning trait (especially in regard to health and fitness goals), but there's also a risk of obstinacy and getting "stuck." And since we have several outer (aka transpersonal) planets in the other fixed signs at the moment, the sun and other planets moving through Scorpio will square off against Saturn, the taskmaster planet, and Jupiter, the fortune planet, both in fixed air sign Aquarius. This is setting the stage for plenty of challenges — but also opportunities for growth.

For example, on October 30, we head into Halloween with the sun in Scorpio squaring taskmaster Saturn in Aquarius, which can have you feeling overburdened with work, restricted, limited, pessimistic, and low on vitality. The best solution: putting your nose to the grindstone.

November 10 brings squares between both messenger Mercury and action-oriented Mars in Scorpio to serious Saturn, and again, the more work you're willing to do, the less you'll feel like you're banging your head against a wall or trying to fit a square peg into a round hole.

And on the 15th, the sun squares off against expansive Jupiter, which is actually the most benevolent of all of these aspects, as it could promote a wonderful burst of confidence — but also cockiness and excess.

Shakeups and unexpected events could pop up, thanks to Uranus.

Game-changer Uranus also happens to be in a fellow fixed sign: Taurus, which is opposite Scorpio (aka, its sister sign). So on several occasions throughout the month, the sun and other planets moving through the sign of the Scorpion will oppose the electrifying planet, bringing excitement and breakthroughs but also shocking shifts.

On November 4, the same day as the new moon (more on that in a minute), the sun then opposes game-changer Uranus in Taurus, leading to shake-ups and unexpected events. And then on the 13th, messenger Mercury opposes Uranus, setting a frenetic tone in communications and thinking. And on the 17th, aggressive Mars faces off against Uranus, which can be pretty damn volatile, so it'll be best to strive to process and express anger in the healthiest and most thoughtful way possible — and generally proceed with caution.

It's time to move the ball forward in relationships.

Until November 5, romantic Venus will be in fun-loving mutable fire sign Sagittarius, which is all about being free-spirited, jovial, unfiltered, philosophical, and optimistic in relationships, beauty, and money. It's a moment to entertain, play, go on an adventure. But from November 5 to December 19, the planet of love will move forward in cardinal earth sign Capricorn, which has a far more conservative and industrious vibe. It'll give us the strength and determination to put in any necessary, overdue work around these themes, to commit, and to build something substantial and worthy of recognition. Just know that from December 19 to January 29, 2022, it'll be retrograde in Cap, so new chapters are best started before then. (Related: What Your Venus Sign Can Tell You About Relationships, Beauty, and Money)

Lunar events will be extra amplified.

On November 4, the new moon in Scorpio opposes Uranus — yes, just as the sun is heading toward its opposition with the freak flag-loving planet. So the whole vibe will center on rebellion, breaking free, standing in your individuality, striking out against the status quo, and pushing for big change. (Remember, you'll usually feel the effects of a regular new moon or full moon for about four days prior and following its exact date and time.)

And on November 19, Scorpio season's full moon comes at the same time as a lunar eclipse in its opposite sign, earthy, sensual, stubborn Taurus. You can think of this as basically a full moon on steroids; it's a culmination point, a time for releasing what no longer serves you, very emotional, and possibly difficult, because the fixed signs (Taurus, Scorpio, Aquarius, and Leo) aren't exactly comfortable letting go.

A bit of silver lining: This eclipse is also the first of a series of eclipses that'll be happening in Taurus and Scorpio over the next two years, so it's a first step into the metamorphosis that the series will be asking us to make. 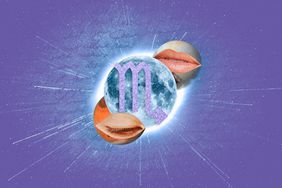 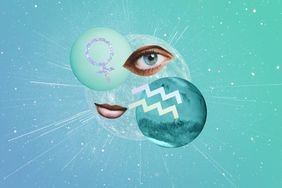 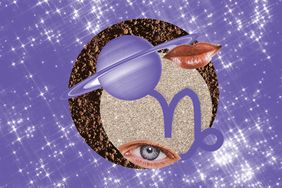 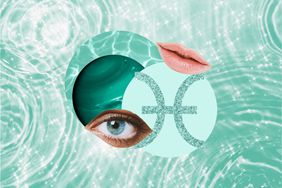 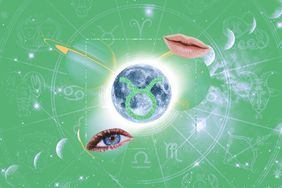 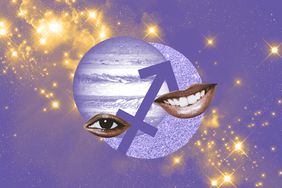 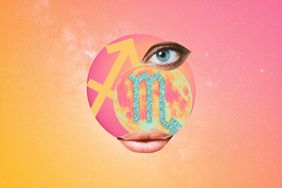 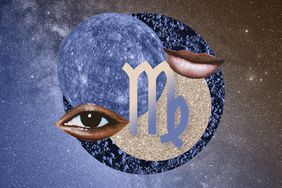 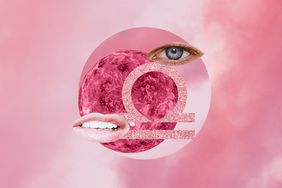 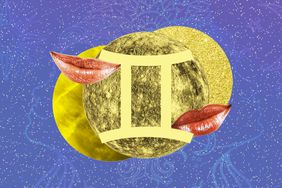 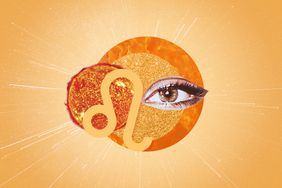 Your Sex and Love Horoscope for November 2021