Here's what you need to know about Zendaya and Tom Holland's compatibility, according to Shape's resident astrologer.

Although Zendaya and Tom Holland have yet to confirm their much-speculated romance, there's no question that the Spider-Man: No Way Home co-stars are each other's biggest fans. Case in point: The 25-year-old actress' November cover story with InStyle, where she gushed about the British-born Holland — and nodded to both of their zodiac signs.

"Seeing him at work, even though he's not a Virgo, he is a perfectionist," she noted, referring to her own sun sign. "Our director [Jon Watts] allowed me to come in every day [of the shoot], and it was cool to see how he cares so much about his work and making it right. I watched him do a fight scene all day, which is exhausting. He'd do a move, come back to the monitors, watch it, and say, 'I can do that better.' I'd be like, 'Dude, you got it.' But he wants us to be perfect, and I really appreciate that."

And while Zendaya didn't say that they're together, she added that Holland, 25, is "a fun time." "Very charismatic, can make anybody feel comfortable and have a good laugh and a good chat," the Dune star added.

Here's why — and how — the pair connect, according to the planets.

Zendaya (who was born on September 1, 1996, at 6:01 p.m. in Walnut Creek, California) is a Virgo. The mutable earth sign, known for being analytical, down-to-earth, and basically the straight-A students of the zodiac, is square mutable air sign Gemini, which Holland (born on June 1, 1996, birth time unknown so let's say 12 p.m., Kingston on Thames, U.K.) claims as his sun sign. The square, which occurs between signs that are 90 degrees apart, is perhaps the tensest but also most activating angle, presenting challenges that can lead to growth.

Couples whose sun signs square one another might clash over basic differences in how they take on life. For instance, as Zendaya points out in her InStyle cover story, Virgos are perfectionists. They're also very detail-oriented and can't help but think everything through — sometimes to a fault. On the other hand, Geminis love to soak up information then disseminate it in a more lighthearted way. (Quiz: Which Zodiac Sign Are You Really?)

On the flip side, being with someone whose sun squares your sun can be challenging in a way that promotes growth. It's no wonder a source told People of the two, "They're both really ambitious, and they challenge each other."

It also bears noting that both Virgo and Gemini are ruled by Mercury, the planet of communication, making them equally talented and invested in self-expression.

They Felt an Immediate, Meant-to-Be Spark

Even though Zendaya's sun is in grounded earth sign Virgo, other major planets and points in her chart (aka placements) fall in in air signs that complement Holland's Gemini. For instance, her ascendant is Aquarius, which forms a trine to Holland's Gemini sun. The trine occurs between two signs that are 120 degrees apart and fall in the same element (water, air, fire, or earth) and therefore have a similar basic nature. When one person's ascendant is trine the other person's sun, it's an indicator of immediate attraction.

In Zendaya, Holland appeared to see someone who made him feel at ease and as though he can truly be himself. It's because her outward image, represented by her rising sign or ascendant, was in sync with his core identity, which is characterized by the sun. Both Gemini and Aquarius are humanitarian, personable, and interested in innovative, creative self-expression, so they likely connected instantaneously on all of those commonalities.

Similarly, Holland's north node (a mathematical point on the natal, or birth, chart versus a celestial body, which represents your "true north," aka karmic path, in this lifetime) is in fellow air sign Libra, also forming a lovely trine to Zendaya's Aquarius rising. This also speaks to a "fated," immediate bond. When this aspect is in play, the rising person (Zendaya) feels very much seen and understood by the north node person (Holland), as though they knew one another in another life — and it's possible they did.

The Line Between Friendship and Sexual Chemistry Is a Fine One

Zendaya previously told Variety of Holland, "He's literally one of my best friends. This past how many months we've had to do press tours together. There's very few people that will understand what that's like at 20 years old." And that may very well still be the case, even if they are romantically involved. That said, they definitely have aspects in their charts that speak to romantic and sexual chemistry — specifically, Zendaya's Venus (the planet of love) in sentimental water sign Cancer forms a friendly sextile to Holland's Mars (the planet of sex) in sensual earth sign Taurus.

Water and earth, especially these two signs, are organically on the same page in terms of how to express their emotions. Both are sensual and aim to please their partner in the bedroom. And because it's the couple's Venus and Mars at play here, chances are, if they are together, they're very much on the same page romantically and physically. (See: The Complete Guide to Zodiac Signs and Their Meanings)

And that's not all. Zendaya's Mars is super close to her Venus in Cancer, so it also sextiles Holland's Mars, which can make for a lot of chemistry and excitement.

The Planets' Ultimate Say on Zendaya and Tom Holland

Although the jury's out on when — or even if — the famous pair will go public with a confirmed relationship, it's no wonder they click. As the People insider emphasized, "Most importantly, they make each other crack up. They seem to have a really similar sense of humor and love joking around together. They have great banter back and forth."

It's clear that if nothing else, as two Mercury-ruled people who share lots of intellectually charged air, they think similarly and communicate well. And really, regardless of their exact relationship status, there's no better foundation for love. 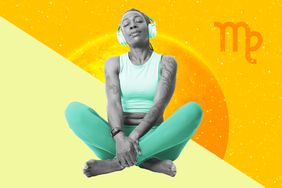 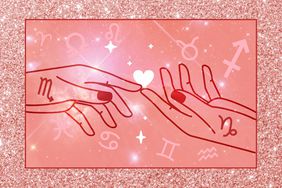 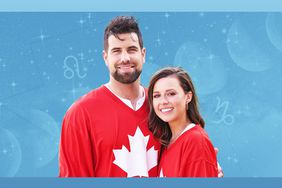 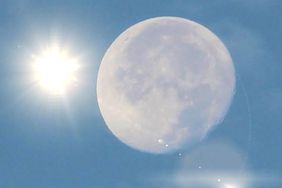 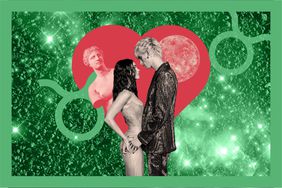 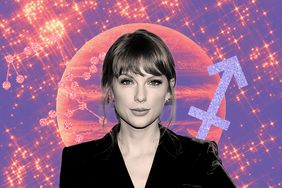