These Sleep Books Promise to Get You Better Shut-Eye

Make the most of Sleep Awareness Month and read your way to better zzz's.

Sleep can be hard to come by, especially during a global pandemic. In fact, so many people have been having trouble catching zzz's that scientists and reporters have coined this widespread sleeplessness "COVID-somnia." And as we approach the one-year mark (or "coronavirsary") this month, stress and uncertainty might very well continue to wreak havoc on our shut-eye.

The irony? March is also Sleep Awareness Month. It's the perfect excuse to pick up one of these sleep books and read up on the ways that sleep affects the human body and the things you can do to score sounder shut-eye naturally — during a pandemic, and otherwise. (Hint: wearing socks to bed and listening to relaxing tunes or celebrity bedtime stories, just to name a few.)

These three nonfiction sleep books have solidified well-deserved spots on bookshelves everywhere thanks to their pages (...and pages...and pages) of practicable and effective sleep solutions. Download them onto your e-reader or buy at your local bookstore, then rearrange your nightstand because you're going to want to keep these reads right where you need them: in bed. Get ready to catch those zzz's finally.

Why We Sleep by Matthew Walker, Ph.D.

If you've ever struggled with shut-eye (and, TBH, who hasn't?) then you're likely familiar with the frustratingly hard-to-answer question, "why can't I sleep?" But have you ever wondered why you sleep in the first place? Neuroscientist Matthew Walker, Ph.D., has (after all, he's been researching the subject for over 20 years), and he's on a mission to provide the answer.

In his bestselling sleep book, Walker offers a comprehensive breakdown of his research — which has taken him from labs at Harvard and U.C. Berkeley to the NBA, NFL, Pixar Animation, and the U.S. government — along with an overview of the last two decades of groundbreaking sleep studies. Sleep research is a relatively new field, and the biggest breakthroughs have come within the last 50 years. Beyond the way sleep affects people day-to-day (think: mood, energy, cognitive ability), Walker also charts the links between sleep and cancer, autism, Alzheimer's, obesity, and premature death. (Did you know that siesta-happy countries have higher life-expectancies?) He also explains, in layman's terms, the physiological functions that make humans fall asleep (such as the hormones adenosine and melatonin), the way the body behaves during the REM cycle, and how sleep affects infants in utero.

Walker has spent his entire adult life studying the science of shut-eye, but he doesn't take the subject too seriously, writing with a lot of humor and exuberance. "Please, feel free to ebb and flow into and out of consciousness during this entire book. I will take absolutely no offense. On the contrary, I would be delighted," he writes in the introduction. (You don't have to read this sleep book in order, either.) There's a reason this essential sleep primer was a New York Times bestseller and garnered praise from the likes of Bill Gates ("important and fascinating" "put me to sleep").

Arianna Huffington realized she was "sleepwalking" through life while accompanying her daughter on a college tour in 2007, after which she flew to Portland for a speaking engagement and then to L.A. for another event. Just reading that sounds tiring, but if anyone could power through it would be Huffington...right? Eh, not quite. After all, she's human, too. Later that week, Huffington collapsed in her office from a serious case of sleep deprivation, exhaustion, and burnout. And while a cracked cheekbone (from hitting her head on the desk) is far from ideal, it was the wake-up call Huffington needed to repair her "strained relationship with sleep." (

After that, she started to take "small steps" nightly, setting boundaries (no devices in the bedroom!) and creating routines. But it wasn't until 2015 when talking to people as part of her book tour for Thrive (Buy It, $13, amazon.com) that she realized how big of an issue sleep (and lack thereof) really was. And so, she put pen and her own experiences to paper, writing The Sleep Revolution. At the time of the book's publication (April 2017), roughly 40 percent of Americans were getting less than the recommended seven hours of sleep per night — a number that's only slightly decreased over four years (today, a third of adults in the U.S. don't get enough sleep, per the Centers for Disease Control and Prevention). The nation struggles with shut-eye due in part to its "hustle harder" culture, which prioritizes productivity at the expense of sleep — something that Huffington once did herself and explores in her book. Her approach to unpacking America's sleep disorder is big and broad; beyond presenting the research proving that a "sleep crisis" does indeed exist, Huffington dives deep into the history of society's changing attitudes towards work and sleep dating back to the Industrial Revolution. The founder of The Huffington Post and Thrive Global covers the science of sleep disorders, the dangers of drugs such as Ambien, Lunesta, ZzzQuil (from the same folks who make NyQuil), and caffeine, and the way technology throws off your circadian rhythm. Not to mention, she takes a skeptical approach to "solutions" purported to help you sleep better, such as the five thousand sleep apps on the App Store.

As a media mogul, Huffington knows the effects of sleep deprivation firsthand, and she shares some interesting stories about the breaking points that made her unplug and prioritize getting a good night's rest. (She also cites the Greek and Roman empires throughout, so history buffs, rejoice!) Her lively writing makes this sometimes snooze-inducing subject pop with relevance, so Sleep Revolution is a must-read for anyone who works around the clock.

Similar to Huffington collapsing in her office, journalist David K. Randall started thinking about the science of sleep when he developed a sleepwalking habit, which he discovered by crashing into the wall of his apartment. All his life, he'd been an active sleeper: sleeping with his eyes open, talking, yelling, kicking, and, yes, sleepwalking. After colliding with the wall, Randall ended up in a sleep clinic, where doctors shrugged and told him to try to decrease the amount of stress in his life. (Good luck with that.)

Even though he pulls from a multitude of case studies, Randall's personal experiences color his take on the subject of shut-eye and inspire his writing. Overall, this sleep book has a service slant, so instead of getting into every tiny detail about the body's functions, the author's on a mission to share what he learned with readers in hopes of helping people like him sleep better. For example — perhaps inspired by his wife's insistence that he checks into a sleep clinic — he spends several pages discussing the history, benefits, and drawbacks of sharing a bed with a partner (and what type of mattress is proven to help you sleep). There are sections on sleep-training infants, the differences between women's and men's sleep patterns, and the psychological benefits of dreaming. Not to mention, there's plenty of straightforward advice on combatting insomnia without sleeping pills (there seems to be a trend here, no?), training yourself to hit the hay at the same time every night (aka the foundation of good sleep hygiene), and taking advantage of your body's personal circadian rhythm (because everyone's ideal sleep schedule is different).

As one of the first comprehensive books on sleep (it was published nearly a decade ago), Dreamland is a journalist's journey through the Wild West of sleep research in the early 2010s. Randall interviews a number of scientists (including aforementioned author Matthew Walker, Ph.D.) to offer a sweeping overview of all things zzz-worthy — which, in this case, is the highest compliment. 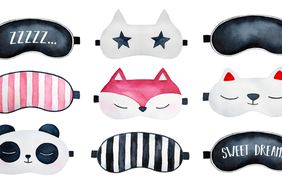 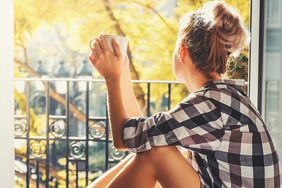 Should You Really Be Using a Melatonin Diffuser Before Bed?
The Best New Wellness Books Hitting Shelves In December
Tap Into Your Kinks with This New Book of Sexy Stories 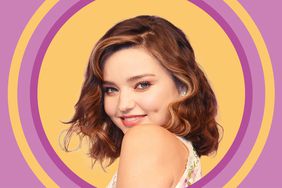