Meet ROW, the nonprofit helping women use sports as a means to breast cancer recovery.

For rowers who participate in the Tail of the Fox Regatta in De Pere, Wisconsin, the sport is a bonus for a college application or a way to fill extra time during the fall semester. But for one team, the chance to be on the water is about much, much more.

This team, called Recovery on Water (ROW), is made up entirely of breast cancer patients and survivors. Women of multiple generations and varied athletic histories pile into boats to race-not to win, but just because they can.

The Chicago-based organization started in 2007 as a collaboration between breast cancer survivor Sue Ann Glaser and high school rowing coach Jenn Junk. Together, they created a community that not only helps women reduce stress and stay healthy, but provides one-of-a-kind support for patients by patients. Not only do they support each other fully, they've earned the attention of big players in the fitness industry: Women's athletic clothing brand Athleta will be making a donation to the organization in honor of Breast Cancer Awareness Month and is even featuring the ROW women in their campaign for the month.

"If it wasn't for ROW, I don't know where I would be in this journey right now," says Kym Reynolds, 52, a breast cancer survivor who's been with ROW since 2014. "I had a good support system with my family and friends, but these women made me feel like I was a part of something. They gave me a purpose. ROW reminds you that you're not alone in what you're going through."

ROW hosts workouts year-round, seven days a week. In the spring, summer, and fall, they row the Chicago River; in the winter, they do group workouts on indoor rowing machines. (

How to Use a Rowing Machine for a Better Cardio Workout

Reynolds had previously been a powerlifter and was always active, but she didn't try rowing until she joined ROW in March 2013, about six months after her double mastectomy.

She's not alone. Most of the members hadn't touched a rower until walking through the ROW open house doors. Robyn McMurray Hurtig, 53, just celebrated her eighth year with ROW, and now says she couldn't imagine her life without it. "When they would work us really hard, I used to think, 'I'm a breast cancer survivor, knock it off! I can't do this!' But you never want to be the one that says 'I can't,' because you have seven other women in your boat who've gone through the same thing," she says. "Now, I feel like I can do anything they throw at me."

Together, the team rows in regattas, races, and rowing challenges against other adult teams, high schools, and colleges. While they're the only team of their kind at the events, McMurray Hurtig says they've come a long way in the last few years, and are holding their own in the local rowing scene: "We never expected much, and everyone would always applaud us… but now we're even a little competitive; we don't always come in last!"

Even though they're not out there to win, the women take home an even better feeling from being treated like and performing like athletes: "After competing in those first several races, I would burst into tears because I was so incredulous that I was doing this," says McMurray Hurtig. "It was so exciting and invigorating and empowering."

Still, the ladies of ROW are so much more than a sports team. "It's not just women on the water," says Reynolds. "We are one hell of a support group that takes care of each other-and we all happen to love rowing… We don't sit around and talk about cancer, but if there's something that you need, someone in this group has gone through it. It showed me that I have a sisterhood."

In 2016, ROW reached almost 150 breast cancer survivors-almost 100 percent of whom said that ROW made them feel less alone, part of a community, and that it positively impacted their self-esteem, according to ROW's annual member survey. Some of the women say the sport has helped them improve their mobility, and 88 percent say its helped them maintain a healthy weight.

"This is absolutely the best thing that's happened to me coming out of this cancer diagnosis," says Jeannine Love, 40, who was diagnosed in September 2016 and joined ROW in March. She was widowed just five years prior to her diagnosis, and said that exercise was one of the main ways she coped with her partner's death. When she got her cancer diagnosis, she turned to exercise again: "My immediate response was that I wanted to be as healthy as possible going into it. I started training for cancer, essentially," she says. "You feel so helpless when you're dealing with something like cancer, and this gave me a sense of being able to prepare for it, even though there's really so little you can do to prepare."

Like many other members of ROW, Love is still undergoing treatment, but she doesn't let it stop her from rowing on the regular: "I remember going to my first practice and everybody was hanging out beforehand and it was clear that you didn't just show up and practice and go home. They're friends. It's a community," she says. "I was so scared to go out on that boat at first, and now I can't wait to get out on the water." 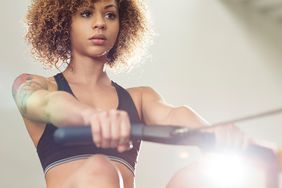 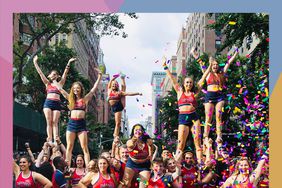 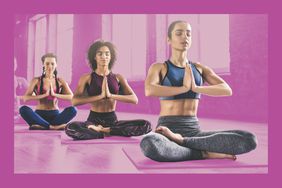 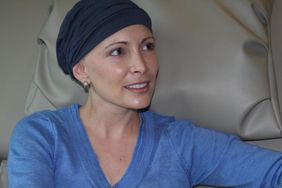