Yes, some diabetes symptoms are different in women.

More than 100 million Americans are living with diabetes or pre-diabetes, according to a 2017 report from the Centers for Disease Control and Prevention. That's a scary number—and despite the abundance of information about health and nutrition, that number is rising.

Here's another scary thing: Even if you think you're doing everything right—eating well, exercising—there are certain factors (like your family history) that can still put you at risk for certain types of diabetes.

Type 1 diabetes is caused by an autoimmune process in which antibodies attack the beta cells of the pancreas, says Marilyn Tan, M.D., an endocrinologist at Stanford Health Care who's double-board certified in endocrinology and internal medicine. Because of this attack, your pancreas isn't able to make enough insulin for your body. (FYI, here's why insulin is important: It's a hormone that drives sugar from your blood into your cells so they can use the energy for vital functions.)

"When that [pancreas attack] happens, symptoms present fairly acutely, usually within a few days or weeks," says Dr. Tan. "People will have dramatic weight loss—sometimes 10 or 20 pounds—along with increased thirst and urination, and sometimes nausea."

The unintentional weight loss is due to high blood sugar. When the kidneys can't reabsorb all the extra sugar, that's where the all-encompassing name for diabetes diseases, diabetes mellitus, comes in. "It's basically sugar in the urine," says Dr. Tan. If you have undiagnosed type 1 diabetes, your urine may even smell sweet, she adds.

Another symptom of type 1 diabetes is extreme fatigue, and some people experience vision loss, says Ruchi Bhabhra, M.D., Ph.D., an endocrinologist at UC Health and adjunct assistant professor of endocrinology at the University of Cincinnati College of Medicine.

Diabetes symptoms in women for both type 1 and type 2 typically present the same in men. However, women have one vital sign that men don't, and it's a good gauge of your body's overall health: a menstrual cycle. "Some women have regular periods even when they're sick, but for many women, irregular periods are a sign that something is wrong," says Dr. Tan. (Here's one rock star woman who runs 100-mile races with type 1 diabetes.)

When to See a Doctor

If you experience a sudden onset of these symptoms—especially unintentional weight loss and increased thirst and urination (we're talking getting up five or six times a night to pee)—you should get your blood sugar tested, says Dr. Bhabhra. Your doctor can run a simple blood test or urine test to measure your blood sugar.

Also, if you have any risk factors in your family, such as a close relative with type 1 diabetes, that should also raise a red flag to get to your doctor ASAP. "You should not sit on these symptoms," says Dr. Bhabhra.

That said, sometimes symptoms like slight increased thirst and urination can be caused by something else, such as blood pressure medications or other diuretics. There's another (uncommon) disorder called diabetes insipidus, which is not in fact diabetes at all but a hormonal disorder, says Dr. Bhabhra. It's caused by the lack of a hormone called ADH that helps regulate your kidneys, which can also lead to increased thirst and urination, as well as fatigue from dehydration.

Type 2 diabetes is on the rise for everyone, even children and young women, says Dr. Tan. This type now accounts for 90 to 95 percent of all diagnosed cases of diabetes.

"In the past, we'd see a young woman in her teens and think it was type 1," says Dr. Tan, "but because of the obesity epidemic, we're diagnosing more and more young women with type 2 diabetes." She credits increased availability of more processed foods and increasingly sedentary lifestyles in part for this rise. (FYI: Every hour of TV you watch increases your risk.)

No Symptoms At All

Symptoms of type 2 diabetes are a little trickier than type 1. By the time someone is diagnosed with type 2, they've likely had it for quite some time—we're talking years—says Dr. Tan. And most of the time, it's asymptomatic in its early stages.

Unlike type 1 diabetes, someone with type 2 is able to make enough insulin, but experiences insulin resistance. That means their body doesn't respond to insulin as well as it needs to, due to being overweight or obese, having a sedentary lifestyle or taking certain medications, says Dr. Tan.

Genetics play a large role here, too, and people with a family history of type 2 diabetes are at higher risk. Though type 2 is heavily correlated with obesity, you don't necessarily need to be overweight to develop it, says Dr. Tan: For example, people from Asia have a lower BMI cutoff of 23 (the typical cutoff for "normal" weight is 24.9). "That means that even at a lower body weight, their risk of type 2 diabetes and other metabolic diseases is higher," she notes.

Women also have one more risk factor than men: polycystic ovarian syndrome, or PCOS. As many as six million women in the U.S. have PCOS, and studies show that having PCOS makes you four times more likely to develop type 2 diabetes. Another factor that puts you at higher risk is a history of gestational diabetes (more on that below).

Most of the time, type 2 diabetes is diagnosed accidentally through a routine health screening or annual exam. However, you may experience the same symptoms of type 1 with type 2, though they come on much more gradually, says Dr. Bhabhra.

While gestational diabetes typically isn't harmful to the baby (though the newborn may ramp up its insulin production immediately after delivery, the effect is temporary, says Dr. Tan), about 50 percent of mothers who have gestational diabetes go on to develop type 2 diabetes later, according to the CDC.

Dr. Tan also notes that gaining an unusually high amount of weight during pregnancy can be another warning sign. You should be in touch with your doctor throughout your pregnancy to make sure your weight gain is within a healthy range.

Having pre-diabetes simply means that your blood sugar levels are higher than normal. It usually does not have any symptoms, says Dr. Tan, but is discovered through blood tests. "Really, it's mostly an indicator that you're at high risk to develop type 2 diabetes," she says.

Doctors will measure your blood glucose to determine if your levels are elevated, says Dr. Bhabhra. They normally do this through a glycated hemoglobin (or A1C) test, which measures the percentage of blood sugar attached to hemoglobin, the protein that carries oxygen in your red blood cells; or through a fasting blood sugar test, which is taken after an overnight fast. For the latter, anything under 100 mg/DL is normal; 100 to 126 indicates pre-diabetes; and anything over 126 means you have diabetes.

Being overweight or obese; living a sedentary lifestyle; and eating a lot of refined, high-calorie or high-sugar foods can all be factors in developing pre-diabetes. Yet there are still things beyond your control. "We see a lot of patients who try their best, but can't change genetics," says Dr. Tan. "There are things you can modify and some you cannot, but try to maximize your lifestyle modifications to prevent type 2 diabetes." 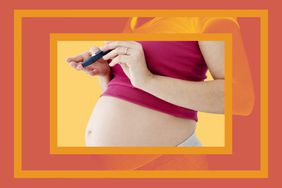 Everything You Should Know About Gestational Diabetes 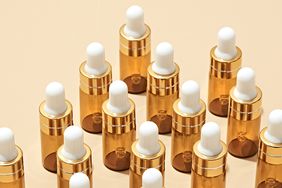 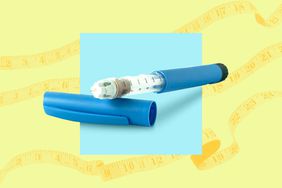 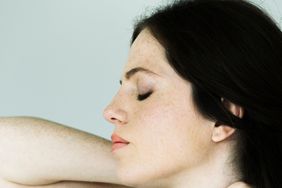