The therapeutic tool combines elements from ancient Chinese acupressure and modern psychology, but how does tapping help relieve stress and anxiety?

Overwhelming, can't-think-straight stress is never just in your mind — there are plenty of physical effects as your brain tells your body to go into fight-or-flight mode. Your thoughts might race and jumble, it might be painful to come to a decision, and you might not even be able to focus on the problem at hand. You'll also begin to feel uncomfortable (and sometimes unwanted) physical sensations, such as a quickened pulse and sweaty palms.

If an upcoming job interview or financial uncertainty suddenly brings about these not-so-helpful physiological symptoms, how can you get your body and mind back on the right track? You might consider EFT tapping.

Developed in 1995 by Gary Craig, Emotional Freedom Techniques tapping, also known as EFT tapping, is a self-help therapeutic technique that combines elements from ancient Chinese acupressure and modern psychology. The stress-relief tool is often usedto ease common conditions such as anxiety and depression, as well as more severe mental health concerns such as post-traumatic stress disorder, both in the home and clinical settings.

In Traditional Chinese Medicine, acupressure points are the physical locations where Qi — or "life force energy" in the body — can be accessed, and pressing on these spots can help release blocked or congested Qi, according to Acupuncture and Massage College. While the scientific explanation as to why stimulating these points can affect your physical and mental health is murky, some research has suggested a close relationship between these points and the nervous system and blood vessels.Other studies have found that stimulated acupressure points may release biomolecules that relieve pain or alter nerve activity.

Here's how it works: When you begin to feel overwhelming physical symptoms of emotional distress (e.g., a pounding heart, stomach pain, or shakiness), EFT tapping can help alleviate these physical symptoms so you can better address the larger problem at hand.

In a typical EFT tapping session, you use your fingertips to quickly and lightly tap on nine specific acupressure points on the body five to seven times each:

Throughout the entire tapping sequence, which should take about a minute, you keep focusing on the worry, anxiety, stressful situation, unresolved problem, or thing that's causing the unwanted physical sensations you are feeling in the moment.

What does tapping do?

"Tapping sends a calming signal to your brain, letting it know that it's safe for you to relax," says Jessica Ortner, co-founder of The Tapping Solution, a website and app that provides EFT tapping guides. "If your body feels more relaxed while you're thinking about a stressful thought, you don't feel like you're being hijacked by that emotion."

This focus on the emotion or stressor that's causing that tightness in your chest or knot in your stomach — and accepting it — is the key difference between EFT tapping and acupressure or acupuncture (aside from the needles when it comes to the latter), says Suzanne D. Alfandari, M.S., L.M.F.T., a certified expert EFT trainer and practitioner. While you solely focus on easing the unwanted physical sensations in these therapeutic practices, EFT tapping encourages you to be honest with yourself and your feelings, which helps you work through the mental challenges causing the physical reactions in the first place.

At the beginning of each tapping session, you say a "set-up statement"that acknowledges the emotions you're feeling or the problem you want to deal with, then state an affirmation. (For example, "Even though I'm anxious about my upcoming deadline, I deeply and completely accept myself") As you tap through the sequence, you repeat reminders of the issue (such as "my anxiety" or "my deadline") to stay focused.

"That thought is creating a physical reaction," says Ortner. "But when you're thinking that thought while tapping, you're calming your body and rewiring your body's reaction to it." If you're able to think about something scary or overwhelming but feel physically calm, you'll have an easier time navigating the situation, she adds.

Despite a lack of clarity on the exact mechanisms at play, more than 100 studies published in peer-reviewed journals have been conducted on EFT tapping, with the majority noting its efficacy — something Ortner has experienced firsthand.

A few months after Ortner first learned the EFT tapping sequence, she was going through a heart-wrenching breakup that made her feel like sadness was washing over her entire body, she explains. Ortner didn't remember all of the points but began tapping those she knew and allowing herself to be present with her feelings, she says. Almost immediately, she felt her whole body calm down, she says. "I was like, 'Wow, there's something to this because I'm not even doing it perfectly. Just with using half the points, I'm feeling like I can finally relax my body,'" says Ortner. "That's what I love about it — it's a very forgiving process."

What is tapping helpful for?

Aside from relationship woes and daily stressors, research has shown EFT tapping to be effective for treating mental health concerns such as anxiety. In a five-and-a-half-year study of 5,000 patients seeking anxiety treatment, researchers found that 90 percent of patients who received EFT tapping therapy (in which a professional guides you through the sequence)had reduced anxiety levels, and 76 percent had complete relief of symptoms. For those who underwent cognitive behavioral therapy, these percentages dropped to 63 percent and 51 percent, respectively. What's more, studies have shown EFT tapping to be effective for anxiety, pain, and cravings when the practice was self-applied: Health care workers who practiced EFT tapping were found to have decreased ratings of pain, emotional distress, and cravings just two hours after tapping.

Research suggests that EFT tapping may benefit those who suffer from depression too: A meta-analysis of 20 studies showed that EFT tapping was more effective in treating depression than diaphragmatic breathing and supportive interviews, and a study on 59 veterans who had been treated for PTSD found a significant reduction in depressive symptoms after six one-hour EFT sessions.

One of the most interesting draws of EFT tapping, though, is its potential to work in just one session. The Tapping Solution's nine-minute Releasing Anxiety guide has been played more than 260,000 times, and users have reported an average 41 percent decrease in distress, says Ortner. Similarly, the company's 10-minute Quiet My Racing Mind guide, which has been played 119,000 times, has shown an average 49 percent decrease in symptoms of distress or anxiety, she adds. Research backs up tapping's quick results in clinical settings, too. In that 5,000-patient study on anxiety, participants' anxiety levels dropped in just three EFT tapping sessions, compared to 15 sessions for those who received cognitive behavioral therapy.

"If the tapping points are being used correctly — if the person is getting to the core of what their anxious feelings are about — yes, there could absolutely be relief in 10 minutes," says Alfandari. "If there is something that's been going on for a long time and there are multiple layers, it's possible it can be gone in 10 minutes, but more likely it will take longer than that."

So, should you try EFT tapping?

To Ortner, EFT tapping is a simple tool to bring the mind back "online" and ease anxiety so you can figure out what exactly you need, whether it be a break from work or an appointment with a therapist. Plus, EFT tapping is incredibly safe — the worst thing that could happen is you don't notice a difference in your anxiety or stress levels, she adds.

While online scripts and apps make EFT tapping easy and accessible, they might not be specific enough for your situation, notes Alfandari. In those instances, a certified EFT expert practitioner might be able to help you get the results you're looking for, she says. You can find an expert, including Alfandari, on The Tapping Solution's online practitioner directory or through EFT International's directory, which allows you to sort practitioners by specialty. And if you feel like you may have an underlying mental health issue or are overwhelmed with the emotions you're feeling, both Ortner and Alfandari say it's important to seek additional professional help.

"In the world we live in right now, we need to investigate anything that can help the stress and the overwhelmed emotion that we're feeling," says Ortner. "Just investigate and see whether it's a fit for you because you really have nothing to lose." 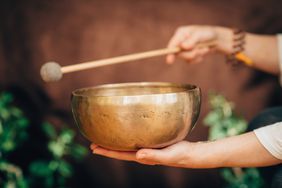 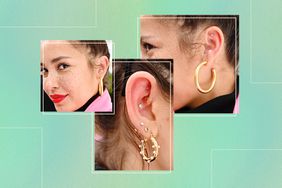 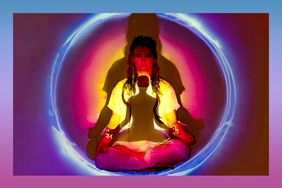 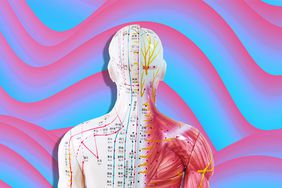 Everything You Ever Wanted to Know About Acupressure