Rather than viewing fear as something that needs to be squashed, this professional rock climber uses it as a tool to help her grow as an athlete.

A gymnast, dancer, and ski racer throughout her childhood, Emily Harrington was no stranger to testing the limits of her physical abilities or taking risks. But it wasn't until she was 10 years old, when she climbed up a towering, free-standing rock wall, that she first felt truly afraid.

"The feeling of air underneath my feet was really intimidating, but at the same time, I was drawn to that feeling in a way," says Harrington. "I think I felt like it was a challenge."

That first heart-pumping climb in Boulder, Colorado ignited her passion for free climbing, a sport where athletes ascend a wall using just their hands and feet, with only a top rope and a waist harness to catch them if they fall. In the early years of her climbing career, Harrington became a five-time U.S. National Champion for sport climbing and earned a spot on the podium of the International Federation of Sport Climbing's 2005 World Championship. But the now-34-year-old says she never felt frightened about the possibility of falling off a cliff or suffering a major injury. Instead, she explains that her fear stemmed more from exposure — feeling that the ground was oh-so far away — and, even more so, the prospect of failure.

"I really struggled with the idea that I was afraid," says Harrington. "I was always beating myself up over it. Eventually, I got over my initial fears because I started doing climbing competitions, but I think my desire to win and be successful in those competitions sort of overrode the fear and anxiety in a way." (

Facing My Fears Finally Helped Me Overcome My Crippling Anxiety

Five years ago, Harrington was ready to take her climbs to the next level and set her sights on conquering the notorious El Capitan, a 3,000-foot granite monolith within Yosemite National Park. That's when the actual danger of the sport — of getting seriously injured or even dying — became real. "I set this big goal for myself that I didn't really think was possible, and I was super scared to even try it and wanted it to be perfect," she recalls. "But then I came to realize that it's never going to be perfect."

It was at that point when Harrington says her perception of fear was revolutionized. She says she discovered that fear isn't something to be ashamed about or to be "conquered," but rather a raw, natural human emotion that should be accepted. "Fear just exists inside of us, and I think it's a little counterproductive to feel any sort of shame around it," she explains. "So, instead of trying to beat my fear, I just started recognizing it and why it exists, then taking steps to work with it, and in a way, use it as strength."

So, how well does this "acknowledge the fear and do it anyway" approach translate into the real world, when Harrington is miles above the ground during a free climb? It's all legitimatizing those feelings, then making baby steps — both literally and figuratively — to slowly hit the summit, she explains. "It's sort of like finding your limit and just barely moving beyond it every time until you reach the goal," she says. "A lot of times, I think we set goals and they seem so massive and so far out of reach, but when you break it down into smaller sizes, it's a little bit easier to comprehend." (

But even Harrington isn't invincible — something that was confirmed last year when she fell 30 feet during her third attempt at conquering El Capitan, landing her in the hospital with a concussion and potential spinal injury. The main contributor to the nasty fall: Harrington had become too comfortable, too confident, she says. "I hadn't felt the fear," she adds. "It definitely caused me to reassess my level of risk tolerance and figure out when to take a step back and how to shift that for the future."

It worked: In November, Harrington finally summited El Capitan, becoming the first woman to free climb the Golden Gate route of the rock in less than 24 hours. Having all the necessary experience, fitness, and training — plus a little bit of luck — helped her tackle the beast this year, but Harrington largely chalks her decades of success up to this out-of-the-box approach to fear. "I think what it's helped me do is stick with professional climbing," she explains. "It's enabled me to try things that initially might seem impossible, maybe a little too audacious, and just continue to try them because it's a cool experience and cool experiment in exploring human emotion."

And it's this soul-searching and personal growth that comes with embracing fear — not the fame or titles — that drives Harrington to reach new heights today. "I never really set out with the intention of being successful, I just wanted to have an interesting goal and see how it went," she says. "But one of the reasons I climb is to think very deeply about things like risk and the types of risks that I'm willing to take. And I think what I've realized over the years is that I'm a lot more capable than I think I am." 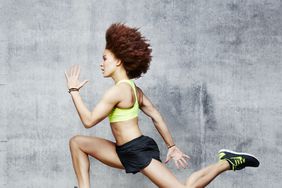 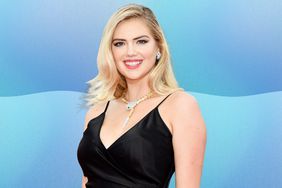 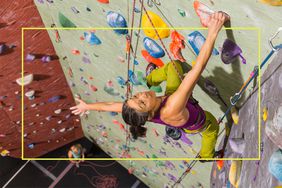 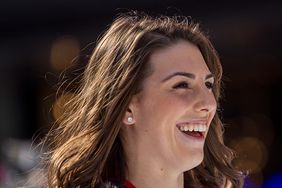 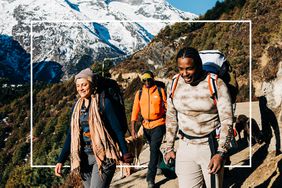 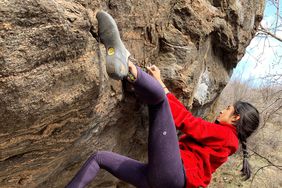 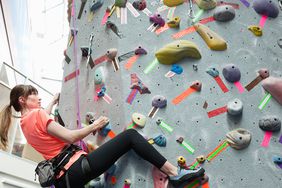