All of life is about managing risk, not about eliminating it," a famous banker once said. He's right. Once you pass puberty, you can get breast cancer and you have to deal with the risk. If you're young, that risk is low: Women aged 20-29 account for only 0.3 percent of cases, and rates don't rise sharply until age 50. But what you do in adolescence and early adulthood can affect your future risk, and what you do while pregnant may affect your daughter's risk when she's an adult.

In fact, your own odds of getting breast cancer may have been skewed before you were born, because some families carry a gene that makes them susceptible. Your mother's behaviors may also have had an influence: While baby girls who weighed more than 8.8 pounds at birth may be more prone to the disease in adulthood, those who were breastfed are 20-35 percent less likely to get pre-menopausal breast cancer. And though studies are conflicting, girls who eat a low-calorie diet with minimal animal fat during childhood and stay lean as young adults may also improve their chances.

Wherever those early influences placed you on the risk spectrum, there are ways to improve your odds of avoiding the disease. The time to start is now.

Too much estrogen: a modern dilemma

The number of menstrual periods you experience in your lifetime probably affects your breast-cancer risk. The culprit is estrogen. "We have evidence that breast-cancer risk is related to lifelong estrogen exposure," says Suzanne M. Snedeker, Ph.D., R.D., an assistant professor of environmental toxicology and health at Cornell University in Ithaca, N.Y. "The estrogen surges that accompany menstrual cycles stimulate breast-cell division, making the cells more prone to mutation. This may be why women who start to menstruate before age 12 or reach menopause after age 55 are at higher risk -- they are exposed to more cyclic estrogen."

In olden days, when women had babies early and often and nursed them for years, ovulation was sporadic, estrogen levels were suppressed and breast cancer was rare. These days, few women think it's desirable to have a dozen children, but Mother Nature doesn't supply an estrogen-off switch to accommodate changes in social values. You may not be able to breastfeed (which tends to reduce risk) or to complete a full-term pregnancy before age 20 (which may change long-term hormone levels and make breast tissue more resistant to the effects of environmental and dietary carcinogens). The upside? Many breast cancers are associated with hormone-related behaviors that you can influence, such as obesity, inactivity and drinking alcohol, all of which can raise estrogen levels.

The relationship between breast cancer and weight is more obscure, though it appears that excess body fat not only produces its own estrogen, it also allows the hormone to circulate more freely in the blood.

The age at which a woman becomes overweight affects risk, as does where her fat goes. For some reason, there is less breast cancer in younger obese white women who accumulate fat on their hips and thighs. But these same women experience a rebound effect at menopause, when risk rises. In pre-menopausal black women, body mass doesn't seem to decrease or increase risk.

The effect of diet is almost as mysterious. While no particular food prevents the disease, high-fiber diets may decrease estrogen levels and, even better, help keep you slender. Still, there are tantalizing clues that some chemicals found in foods, particularly vegetables, can be protective. "The strongest evidence is for carrots, other yellow-orange vegetables and dark-green vegetables, such as broccoli and spinach," Snedeker says.

The phytoestrogens (plant estrogens) in soy, dried beans and peas have been touted as beneficial, though some experts now warn that soy supplements may speed breast-tumor growth before a woman realizes she has cancer.

More recently, researchers discovered a 60 percent lower risk of breast cancer in women whose breast tissue had high levels of omega-3s, which are the fatty acids found in vegetable oils -- such as soy and rapeseed -- and in fatty fish, such as salmon and sardines.

A couple of things are a bit more certain: More than two alcoholic drinks daily raises risk, and you shouldn't smoke cigarettes to keep your weight down. Studies in Sweden have found that a 34-year rise in breast cancer parallels the increasing number of women smokers there.

Off the couch, into your sweats

Inactivity, in contrast, leads to extra body fat, and gaining weight, especially before menopause, increases breast-cancer risk. Sedentary jobs often show up on lists of occupations with higher risk, while physically demanding work, such as nursing or waitressing, may reduce risk by 18-52 percent.

All this helps explain the 1994 findings of Leslie Bernstein, Ph.D., a preventive-medicine specialist at the University of Southern California's Keck School of Medicine, who discovered that women under 40 who exercised at least 3.8 hours weekly had a 60 percent lower breast-cancer risk. Strenuous and more-frequent exertion was most effective, and Bernstein recommends that women start exercising no later than adolescence, when breast tissue is developing.

"The earlier you begin exercising, the more likely it will become a lifetime habit," Bernstein says. "However, we do see risk reduction among women who didn't exercise until their 20s or 30s, so it's never too late to start."

Snedeker concurs, recommending that women pay attention to the four E's: exercise, eating, exposure and exams. "Exercise daily," she says, "and eat a diet rich in vegetables, fruits and whole grains. Limit your exposure to home and garden chemicals (they may mimic the effects of natural estrogen). Start doing breast self-exams in your 20s, and talk to your doctor about getting regular mammograms starting in your 40s." Then relax. Because you've done everything you can, as that banker said, to manage your risk.

What about your genes?

Don't let a lack of family history of breast cancer give you a false sense of security. (If your mother, sister, aunt, grandmother or another close relative has had it -- or if a close family member has had other hormone-related cancers, such as ovarian or prostate -- you might want to undergo a risk assessment. But only about 5 percent of breast cancers are the direct result of an inherited genetic mutation.) Most cases of the disease come from mutations that occur after conception.

Even so, the recent explosion in DNA research is uncovering some interesting links between inherited genes and lifestyle. For example, women have long been warned that meat cooked over high heat might cause breast cancer. Recently, scientists at Johns Hopkins School of Public Health found that 45 percent of people are genetically more susceptible to carcinogens from flame-broiled meat. Bottom line: Many risk factors may have an unknown genetic component.

For a variety of sites with instructions for breast self-examination, search the Web using the key words "breast cancer self exam." 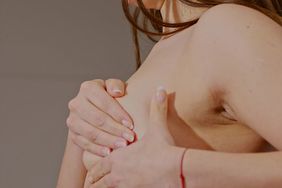 The Latest Science On Your Breast Cancer Risk, Explained By Doctors 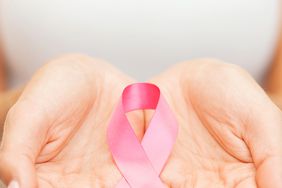 What Your Gut Has to Do with Your Breast Cancer Risk