Here's how the Vice President-Elect takes care of both her mind and body.

Kamala Harris is strong as hell. Whether she's speaking out against racial discrimination in policing or defending reproductive rights in the courtroom, the former California senator has proven time and again that she's a woman of conviction.

Now, as she officially becomes the first Black woman and first Asian American to be vice president of the United States, Harris is poised to be a symbol of strength for millions of young people across the country — and, frankly, the globe. (

But that kind of tenacity can't be mastered overnight. Day in and day out, Vice President-Elect Harris must work damn hard to maintain her mental and physical stamina and project strength to those watching — and, boy, are we watching. Here are the strategies she uses to stay mentally and physically motivated.

She always starts her day with a workout.

Harris says she believes in the power of a morning workout to set the tone for your day. "I work out every morning, regardless of how much sleep I've had," she told former president Barack Obama in a campaign video back in September of 2020. "It's just the best way to start the day."

Even during the tense few days that followed the 2020 election, Harris was still carving out time for fitness. She was out for a run in the park when she got the call confirming her and President-Elect Joe Biden's victory.

And even when, like the rest of us, the COVID-19 pandemic left Harris without access to a gym — and, at one point, workout equipment — she got crafty with her home fitness routine. "For months, I couldn't order weights, Harris told Obama. "They were sold out. So I had these liter water bottles that I filled with water, and I used them as hand weights." (

For Harris, sticking to a fitness routine has nothing to do with aesthetics, she told Lenny in 2015. "It's about your mind," she explained. "It gets your blood flowing. It gets your adrenaline flowing." Even her husband Doug Emhoff can attest to her dedication. "Every morning [she] works out, by hook or by crook," he recently told Men's Health. "It got me into the same groove she's in. I'm in way better shape now than I was ten years ago."

She uses cooking as a form of therapy.

By now you've probably seen that adorable video of Harris cooking with Mindy Kaling, or perhaps you've heard people rave about the senator's Thanksgiving turkey recipe. But Harris doesn't just enjoy cooking as a hobby; she told The Cut in 2018 that spending time in the kitchen helps her center her mind.

"Everything else can be crazy, I can be on six planes in one week, and what makes me feel normal is making Sunday-night family dinner," she shared with the outlet. "If I'm cooking, I feel like I'm in control of my life."

Science tells us the link between cooking and mental health benefits is real, but Harris said she finds it soothing to simply crack open a cookbook and read a few recipes when she doesn't have time to whip something up IRL. "One of the things that I do to relax at the end of the day is I read recipes," she told The Cut. "I have a whole collection of cookbooks, so if I'm at home, I read them."

She refuses to feel guilty about practicing self-care.

With a schedule as packed as Harris', it's crucial to maintain a healthy work-life balance. And there's no doubt that the Vice President-Elect already sets herself up for success by starting each day with a workout and regularly cooking her own meals. But she also knows how to unapologetically advocate for her time so she can stick to these self-care practices as a routine part of her lifestyle. (Here's how to follow her lead and make time for self-care when you have none.)

"I fight for [time for myself]," she told Lenny. "You got to take care of yourself. If I exercise or I eat proper foods, am I indulging myself? That's called feeding your body… That is not about image or luxury." 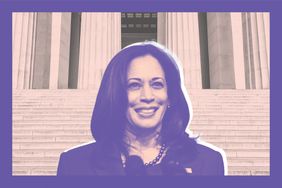 Kamala Harris Crushed a Cardio Workout On the Lincoln Memorial Steps In This Viral Video
What to Read, Watch, Listen to, and Learn from This Juneteenth 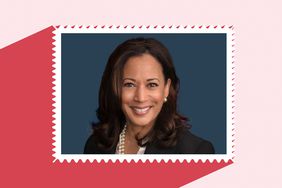 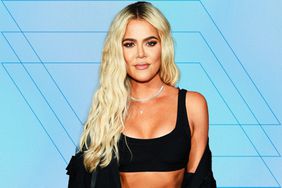