One ob-gyn proposes we start calling them "hormonal regulation pills" for that exact reason.

It goes without saying that birth control is a very polarizing (and political) women's health topic. And Lena Denham is not shy about discussing either-women's health and politics, that is. So when the star pens an op-ed for The New York Times about the role of birth control in her life and why it's important to preserve our access to it, the Internet listens.

Dunham has always been super open about her struggle with endometriosis (and the fact that she's now endometriosis "free"), but her new opinion piece outlines exactly how birth control has helped her manage her condition. Specifically, that, "losing birth control could mean a life of pain."

That's the thing-while we use the colloquial term "birth control" or "the Pill," what we really mean is hormonal contraception, and those hormones can do a lot more than just prevent unintended pregnancy. In fact, for about 30 percent of women, the reason to go on the Pill has absolutely nothing to do with avoiding pregnancy, says Lauren Streicher, M.D., associate clinical professor of obstetrics and gynecology at Northwestern University's Feinberg School of Medicine and author of Sex Rx. "Their primary reason for taking it isn't to prevent pregnancy, it's for all of the other things that it does," she says-aka "off-label" uses. While "off-label" might conjure thoughts of the black market or illegal drug use, these are totally legit reasons for docs to prescribe the Pill, says Dr. Streicher.

Just like Dunham, countless women turn to birth control-or, "hormonal regulation pills," as Dr. Streicher suggests we should call them-to manage everything from horrible PMS and acne to endometriosis or uterine fibroids. "There are so many non-contraceptive benefits, so when you call it 'birth control' people lose sight of that," says Dr. Streicher. (BTW, while other hormonal contraceptive methods-such as the shot or hormonal IUDs-may offer some non-contraceptive benefits too, oral pills are usually what's prescribed to women who are suffering from any of the below health issues or who need the hormone-regulating benefits.)

And that list of these non-contraceptive benefits is pretty freaking long. Take a look for yourself:

So for anyone out there fighting or marching for women's rights, including access to affordable birth control, just remember that it's not merely birth control. That little pill is so much more powerful than that. And depriving some women access to that potentially life-saving drug is taking away one of their best tools for coping with these serious-and common-health issues. 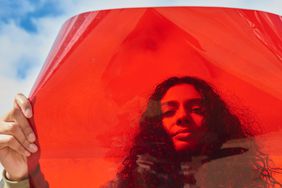