On the brink of spring, a romantic new moon in Pisces offers an opportunity to let your imagination take the reins.

As daylight savings time and the first day of spring swiftly approaches, you could find yourself daydreaming about sweeter, warmer, even fun-filled days ahead. And that would fit perfectly well with the planetary vibes this week, which are designed for getting caught up in romance, creativity, and all things pleasure-filled.

On Saturday, March 13 at 5:21 a.m. ET/2:21 a.m. PT exactly, a new moon will fall in mutable water sign Pisces. Here's what it means and how you can make the most of this dreamy, sexy, imagination-bolstering astrological event.

First, a 101 on new moons: The opposite of full moons, new moons occur when the moon is not illuminated by the sun from our perspective on Earth. For that reason, we see a blank-slate dark sky. Fittingly, new moons offer up a shot at getting clear on long-term intentions, goals, and big-picture projects. In order to "seal the deal," you might want to try your hand at a ritual like discussing your wishes with a therapist or loved one, journaling, lighting a candle, or doing a visualization practice.

Basically, it's your monthly — and very rarely, twice-monthly — astrological opportunity to manifest your vision.

New moons also mark the start of a new lunar cycle, so they denote the first chapter of a short, six-month narrative in your life. Pro-tip: Write down what you're meditating on around the new moon, and then refer back to your notes six months down the road when the corresponding full moon is occurring. You'll get a read on how far you've come and perhaps even enjoy a culmination point. FYI, this March 13 new moon is linked to the September 20 full moon — both in Pisces. (You can also do this retroactively: Think about how 2020's moons in June and December on the Gemini-Sagittarius axis affected your life.)

Water sign Pisces, symbolized by the Fish, is ruled by the mystical planet of illusion Neptune and rules the twelfth house of spirituality, karma, dreams, and private matters. They're super compassionate, empathic, emotional, artistic, and often psychic. Pisceans might very well be the most creative, romantic dreamers you've ever met. But they also tend to swim in the depths of not only their own feelings but others', as they take on the energy of those around them. For that reason, protecting their own hearts and minds is key to avoiding being swept too far out to sea. (

That said, this new moon is fertile ground for zeroing in on the practices and routines that fill your soul and nurture your spirit.

Here's the thing: Although we've waded into the deep end of Pisces season, the sky is still dominated by fixed (aka stubborn) sign vibes. Mercury, Jupiter, Saturn are in fixed air sign Aquarius while Uranus is in fixed earth sign Taurus — all of which can lend itself to digging our heels in and black-and-white thinking. But this Pisces new moon offers a much-needed dose of mutability (aka flexibility) that will allow you to shamelessly don those Neptunian rose-colored glasses in order to imagine what could be, to play, to dream, and to create without getting locked in or hung up on an exact game plan.

One of the big must-knows about this new moon: It's happening at the same time Venus — the ruler of love, beauty, and money — snuggles up with spiritual Neptune, which clouds rational thought but can also fuel your creativity. Both planets are now in Pisces, so their conjunction is colored by the water sign's adoration of all things romantic and imaginative. This illusion-loving, heartfelt pairing could set the stage for inspiration and idealization in your coziest relationships — for better or worse. By "worse," I mean that if you've been misreading a partner's actions or putting someone on a pedestal who hasn't genuinely earned their right to hang there, this aspect might add even more haze to your perception. But because it's a new moon, it could be a chance to reflect and rewrite the story you've been telling yourself. (

Plus, because the new moon will be conjunct (within 10 degrees of) sweet Venus, prioritizing the pursuits you find the most pleasurable, aesthetically-appealing, and creatively fulfilling will be top of mind. You could very well feel compelled to pour your emotions and energy into expressing what's in your heart — either directly to someone you're head over heels for or through your favorite artistic outlet.

Ultimately, this new moon is an opportunity to tune into your heart and intuition — and let them take the reins over your head for a change.

Who the Pisces New Moon Will Affect the Most

If you were born under the sign of the Fish — approximately February 19 to March 20 — or with your personal planets (the sun, moon, Mercury, Venus, or Mars) in Pisces (something you can learn from your natal chart), you'll feel this new moon more than most. More specifically, if you have a personal planet that falls within five degrees of the new moon (23 degrees Pisces), you could feel especially inspired to create something new, to lay the groundwork for satisfying your most romantic desires, and to bask in its rosy glow.

Similarly, if you were born in a mutable sign — Gemini (mutable air), Virgo (mutable earth), or Sagittarius (mutable fire) — you could feel the lovey-dovey, daydreamy tone of this new moon, urging you to hit pause on pragmatism and trust that your imagination has just as much to offer you as your intellect.

Regardless of the sign they fall in, new moons offer a chance to reflect, clarify your big-picture visions, and bolster your self-awareness as well as your faith in yourself. But this month's new moon, being in spiritual, romantic, artistic Pisces and occurring alongside a conjunction between the planet of love, Venus, and the planet of illusion, Neptune, could serve as a blank canvas for writing your dream love story. It could be about literally falling in love with someone new or deepening your relationship with an existing partner, loving and caring for yourself more, or committing to finding a creative outlet or money-making venture you thoroughly adore. (P.S. Also, read up on what your moon sign means about your personality and how it affects your compatibility with others.)

No matter what narrative feels right to you right now, the Pisces new moon gives you permission to let go of rational thought and choose your own romantic adventure. Sure, for many of us, trading facts, rules, and logic for intuition, dreams, and emotion can feel downright unnerving, like being thrown in the deep end. But as scary as it might seem, you could find that giving yourself the space to go beneath the surface is exactly what you needed to have an awe-inspiring breakthrough. 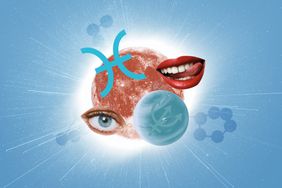 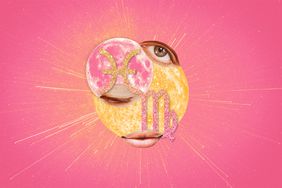